This was something of an unplanned addition to my German forces. Whilst visiting a Nottingham model shop I came across three Altaya ‘Legendäre Kampfpanzer’ diecast models on sale at just £5 each. The models are fine, but the paint jobs dreadful (flat spray, no highlighting or weathering - see below), but to me they did not seem beyond redemption - and at £15 for a pre-made squadron with the basecoat painting complete it was too good to be ignored. 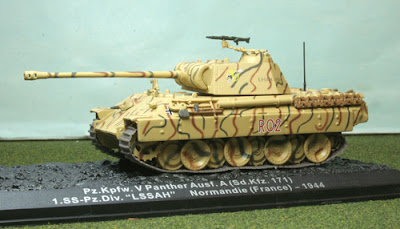 So I spent an evening happy upgrading my impulse buy. First off I sprayed the models with a good layer of gloss varnish, so they were very shiny. Next, I gave each tank a generous all over wash with spirit-thinned black and dark brown oil paints. The gloss varnish allowed the oil paints to run very rapidly and neatly into all the depths around rivets, bolts and plates. The oil paints then had to be left to dry over night.
The next task was to repaint a few details, adding extra camouflage paint in green and some highlights on the dunkel-geld. I also painted out the same numbers and added new ones with transfers. Once dry I gave the models a careful coating of spray matt varnish. This I repeated to get rid of the gloss. Any parts I couldn’t reach with spray I hand painted matt varnish onto, and then added weather powders to the tracks, wheels and surrounding area. First a mid-brown, followed by light earth colour over the top.
The final stage was to tear up a few strands of Woodland Scenics clump foliage and stick them on with a dab of superglue.
Over all it was very quick and easy. I tried to get a few crew on them, but the model’s diecast construction meant I was going to wreck the model to open up the hatches. So no crew this time, but they are ready to stalk the hedgerows. 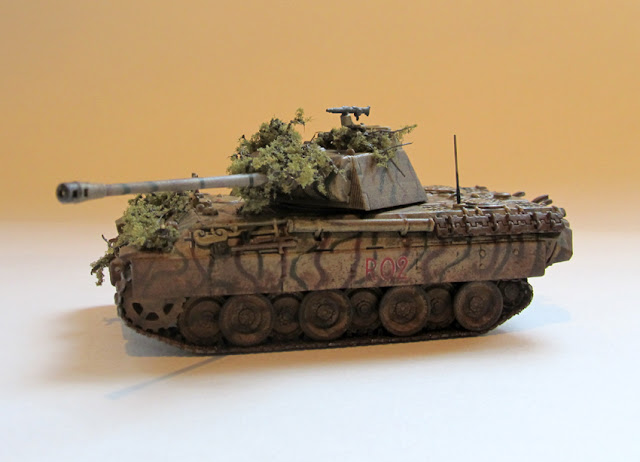 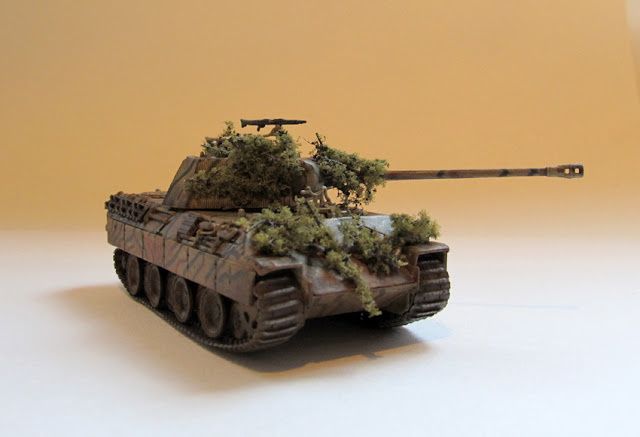 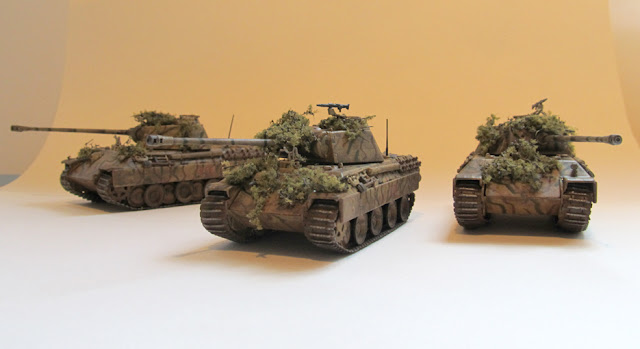