2020 has been a rather crap year for gaming... not enough battles have been fought for my liking. But the enforced time at home has not be wasted. In April, I decided that the year would not be a wash-out and I'd have sometime tangible to show for many weekends at home.

I'd always thought a 28mm Napoleonic army would be beyond me, just too big a project, too much painting, not a single tank! So this was my challenge, to be ready to play Napoleonics, and specifically my WIP 'Soldiers of Napoleon' rules, in 2021. Who knows if that can happen, but I cracked on with the painting anyway. It has consumed just about all my painting time, but, for now, it is done. I have a 28mm Austrian Napoleonic army ready to take the tabletop.

I'll no-doubt add a few extra bits next year, in the light of some battles fought (fingers crossed) in our planned 'Thunder on the Danube' campaign. But, for now, I have broken the back of it. Perry's plastic Hussars will be irresistible, and some more guns, and grenadiers, maybe.

I look forward to painting some 20mm WW2 in January, give me some sludge brown/green/grey colours, and a few tanks. 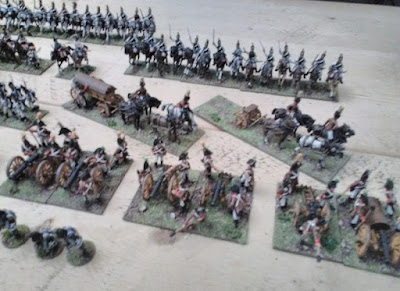 Guns, etc... I love that beautiful ochre-yellow and black... 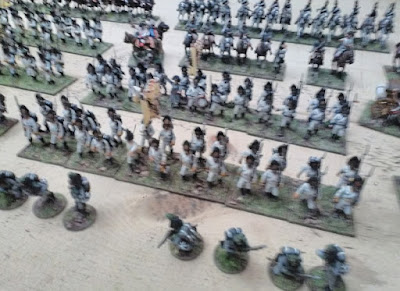 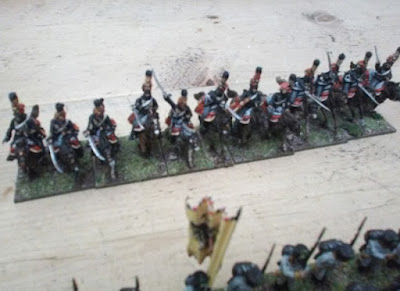 4th Hussars, pride of the army (so doomed) 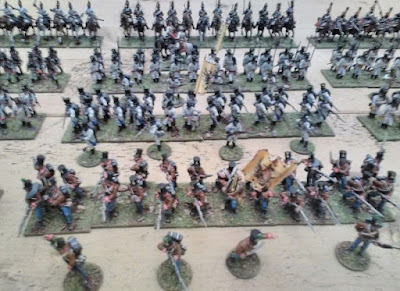 Grenz, and Fusiliers (each has a 4 separate models for skirmisher detachment), Chevaux-Leger behind 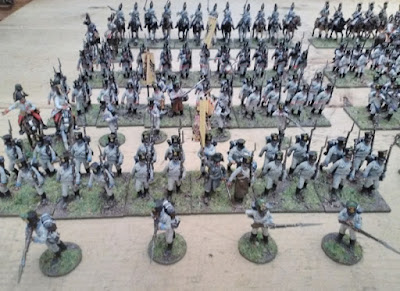 The men in white, Line Fusiliers, Dragoons behind 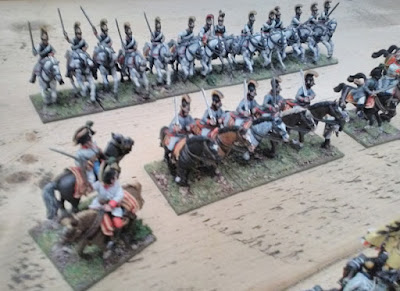 Big-wig command stand, Staff Dragoons and 1st Cuirassiers
(all on Lippizan horses from the Imperial stud) 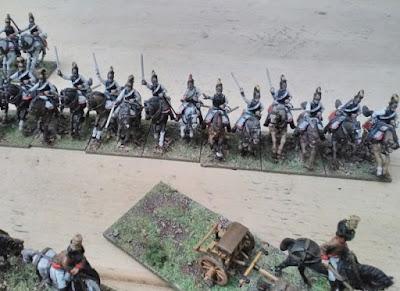