Merry Christmas all. Here a little something hobby-related to read over the Yuletide break. A swift AAR... can you tells in it's a quiet Xmas eve?

The game was from a few weeks back, it's just taken me a while to get anything posted. Setting the scene, it's the Egyptian desert, 1942, sometime during the retreat back to the El Alamien line. The scenario is the 'bridgehead breakout' (rolled randomly), but with no bridge, instead the river is a desert wadi with a single easy crossing point (the rest is marked by a line of palm trees) and crossable as dangerous ground. This was the British end of the table.

The British are launching a rather desperate counter against the on-rushing panzers, buying any time they can for the retreat. My force, the Brits, are an ad-hoc gathering of Crusaders and M3 Lees with a motor infantry platoon in support, plus some 25 pdr guns. The Germans, well, they are panzers, an 88, motorised infantry and few extra guns (and a timed Stuka strike).

It was a close fought meeting engagement. The Germans raced onto the table first, with their 88 up front to start the engagement at long range. My tanks arrived piecemeal and I kept them back at the wadi until they had gathered in strength enough to attack in force. This was probable a mistake, because the Germans got well up the table, seized the objectives early and then dive-bombed my mustering forces. The 88 got pinned by my mortar fire, but I quickly lost a deploying 25 pdr to accurate armoured car 20mm cannon fire.

My tanks came forwards, got of some ineffective shots and them took the pounding in return. My Crusaders on the left ran into several Panzer IIIs and the exchange of fire soon started to favour the panzers as 1, then 2 Crsuaders started to burn. In the centre my M3 Lees fared better, firing 75mm suppressing HE into the advancing Germans to some effect. I started a quick counter, seeing his weakness on my right (his left) I went that way as fast as my tank's racing tracks could. The little counter did well, took-out his 105mm field gun on his table edge and got the jump on some of his non-com units towards the rear. This included a 37mm shell that unluckily glanced off his CO's little befelnswagen, which then sped away to safety (ran-off to hide), only to breakdown on a breakdown counter next turn (pushed that engine too hard obviously). The 88, using tactical co-ordination, killed the M3 Lee and my little combined tank counter was all but done. The Luftwaffe had, by now, shown up again, with another circling a diving Stukas. My little band holding the wadi where in trouble and close to breaking.  The Stuka finally did for them with direct bomb hit on an M3 that broke my force's BR. The GEramns, well they still had 7 points to go, so closer thn I thought, but a solid win for Rommel's boys!

A good test of the new 1942 desert lists though, which bring a new flavour to the desert war from BG Tobruk. I love the M3 Lees, a neat tank for '42, not a outright battle winner, but that HE shot is very useful. 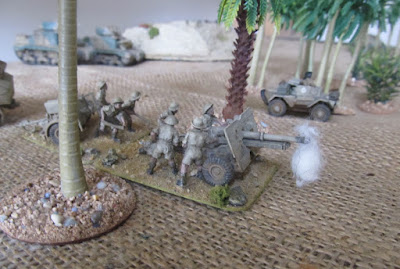 25 pdr deploys in the palm trees. Behind the dingo is my mortar spotter - very handy chap.
M3s just arriving at the back. 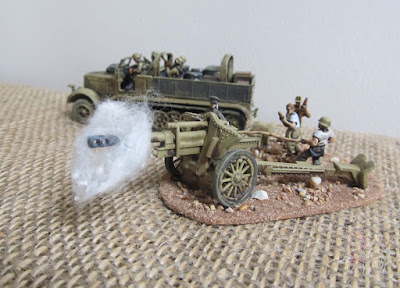 Rommel's fire support, a 105 and tow on ambush fire at the back on the German table edge.
An M3 75mm HE got it. 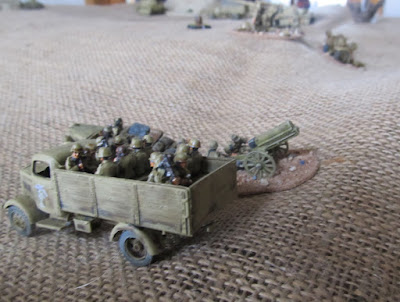 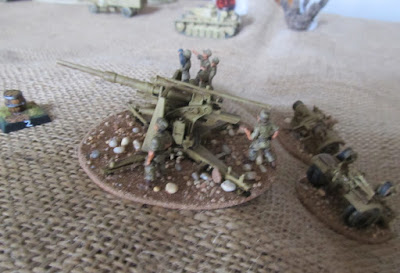 The 88, which spent many turns pinned by mortar fire (and not by accident). 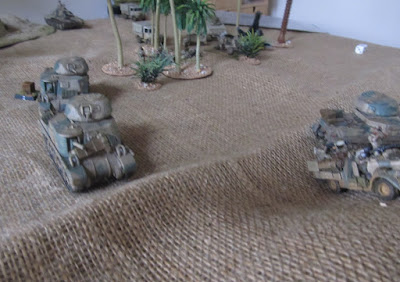 Tally-ho boys, once more into the breach!! 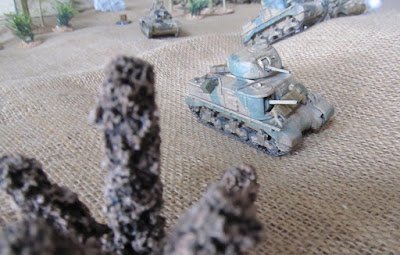 M3s come forward to face off the German guns with some success. 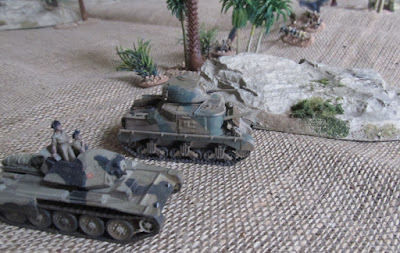 Counter-attack, by 2 tanks, M3 and Crusader II, caused the Germans some worry. 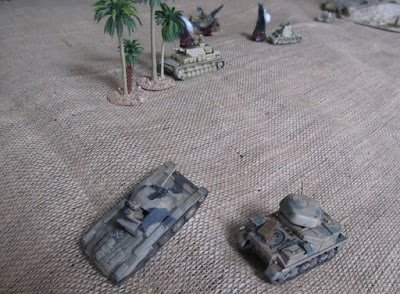 On they rolled, pinning then killing that Marder I with a 2 pdr direct hit 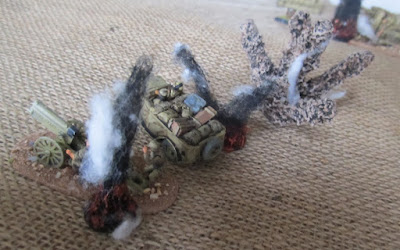 Mortar barrage scored a lot of pins. The dingo crew are my man of the match. 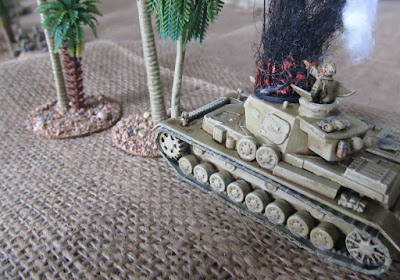 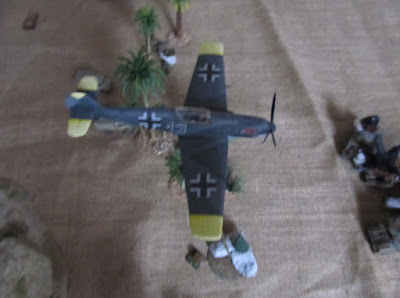 Siren-screams as the Luftwaffe arrive and turn the tide. 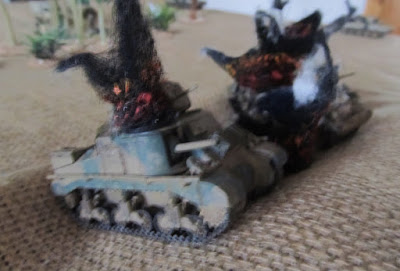