TIME TO GET MAD!!


The completion of my 8th Army project means I can turn my painting time (which does seems to be rather limited at the moment) to a few side (non-WW2) projects. The first, inspired by a recent blockbuster movie and some other gamer's work on the Guild forum, sees me converting and painting Hotwheels cars to try a few ‘car wars’ games of Outrider.

Outrider is a downloadable, print and play game, and so far it looks good, although all the work making all the cards and counters (double-sided) needed is daunting. I can see few long evenings of slicing and gluing ahead of me. Hopefully, it will be worth it. The basic movement mechanic will be familiar to Wings of Glory players, using manoeuvre cards, which is a mechanic I like, so I hope Outrider will be a version of that game, but with screeching tyres, lots of collisions and general mayhem.

So far, we have plans for ‘gangs’ of 3 cars each. The Law (cops) and the Green Machine (independent mercenary) gang are complete. My Outlaws criminals are still on the painting tray, but almost complete. This is the work so far, with the first games in the next few days. I’ll try and write-up a report when we play, to review the game. 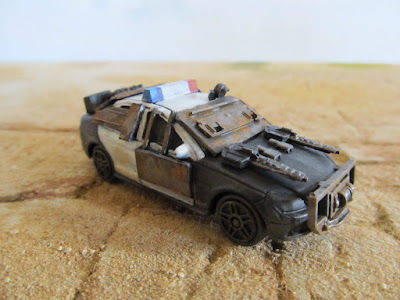 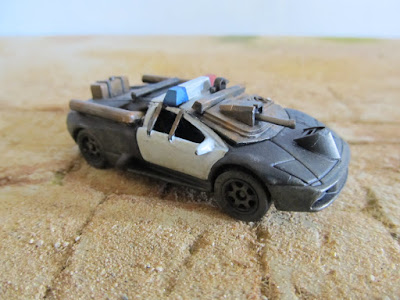 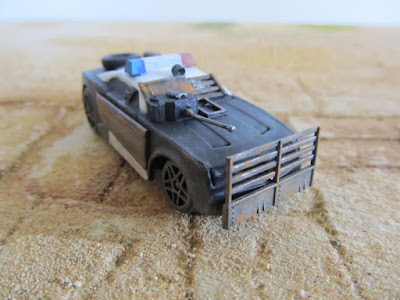 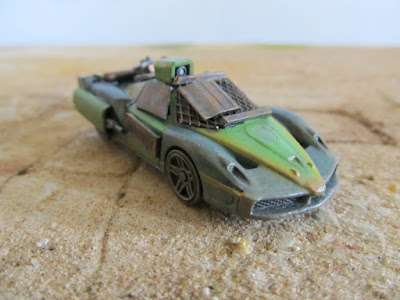 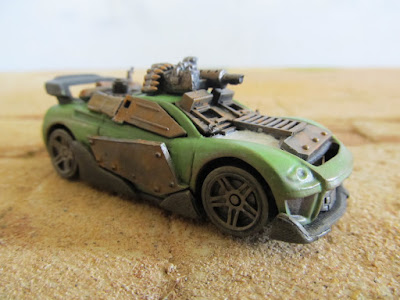 Converting and modelling (the best bit) involve a good rummage in the bitz box (why keep it otherwise?) and a search through a lot of old plastic kit sprues, with all those spare bits left on. I knew there was a reason to keep them. They provided all sorts of interesting bits and peices to be carved up and stuck on. The more ramshackle the better.
This all takes me back to my very early gaming days, trying to play the impossibly complex Car Wars at age 11, and not being able to ever finish a game. Later, we played Dark Future (again with lots of diecast car conversions), then Gorkamorka (urgh!!), which was supposed to be sort of Mad Max with Orks (I think). Hopefully, Outrider will prove better entertainment for an hour or two than all three of them. 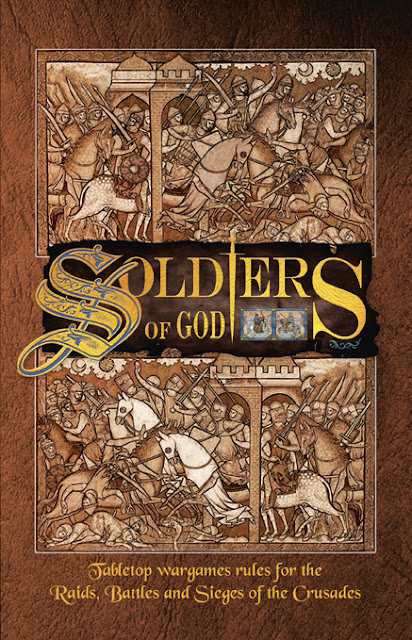 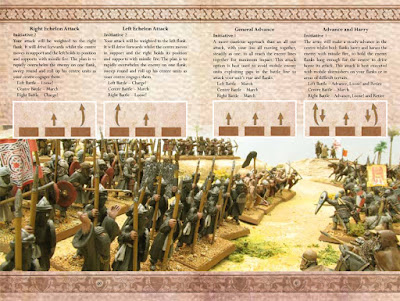 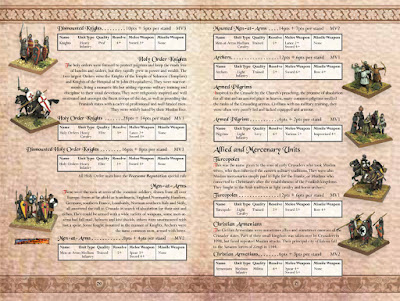