Soldiers of God with Michael Perry

Earlier in the week I introduced Perry Miniatures to Soldiers of God and ran an intro game for Michael, on his very nice desert terrain boards with his superb Crusaders collection (a hard day's work that). The game went down well, with Michael taking command of the Crusaders and conducting a left echelon attack with his Knights supported by Turcopoles, whilst I fougth with the Saracens, using Advance and Harass, horse archers on both flanks. All the miniatures are from the excellent Perry range (as are many of mine).

Michael picked up the rules quickly and, after a couple of hours, his attack had narrowly broken my force, his Knights proving themselves some seriously tough-hombres as they battered their way forwards, being in melee from turn 1 until the end of the game. My horse archers struggled this time, I didn't see many Loose! action cards... but the repeated Rally cards probably kept me in the fight far longer and made the game closer than it felt. I always felt under the hammer on this one.

Here are some shots of the game in progress. You can see more pics on the Perry's fb page.

Soldiers of God is now available from Perry Miniatures, in the books section of their website. 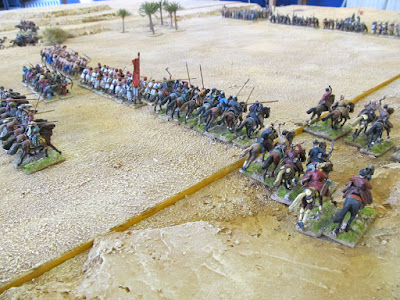 The Saracens lines, horse archers left and right, infantry, archers and ghulam in the strong centre. 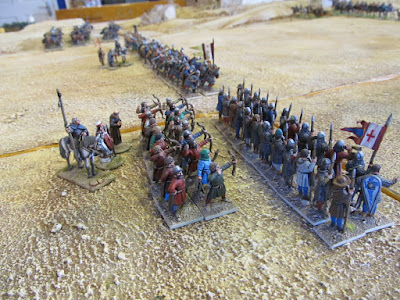 The Crusader's right, men-at-arms backed by archers (and the bishop in command) 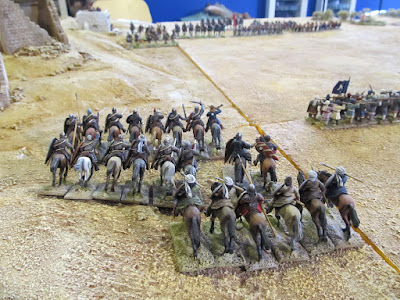 Here they come! The Crusader's hammer-blow from their left, Knights and Turcopoles behind. 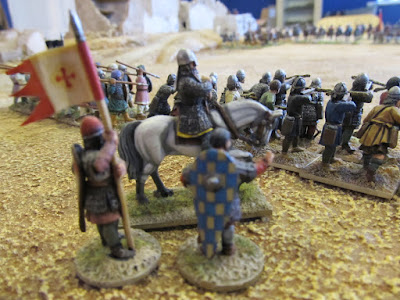 In command in the centre, heroic action by this command stand would prevent my horse archers getting behind the centre and causing chaos. 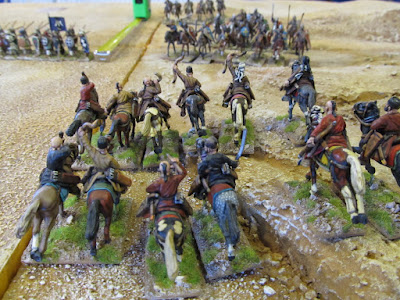 On my right, the horse archers gallop forwards to torment the Knights, but this time in didn't work. 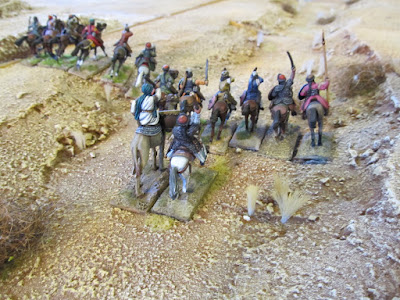 and on the right, the same, skirmishing  light cavalry make easy work of the dried river bed. 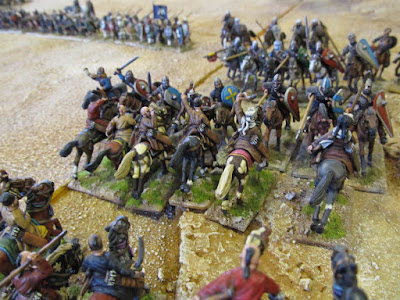 Oops, the Knights move far faster than I thought, an extra March card and a Charge at the gallop sees them quickly catch my leading horse archers in an uneven melee, which by luck they later managed to withdraw from, battered but still in the fight - just. 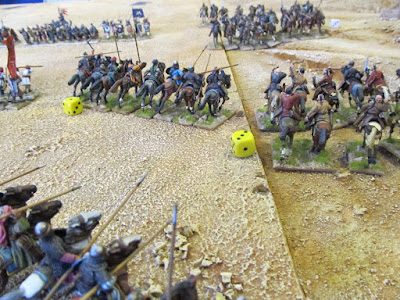 In their place, my first Ghulam unit wheels to face the oncoming Knights. 1 point of disorder gained from galloping into place. 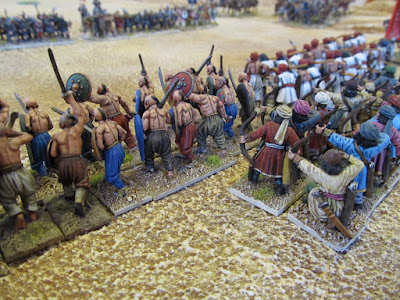 On the march, infantry slowly closing in the centre. 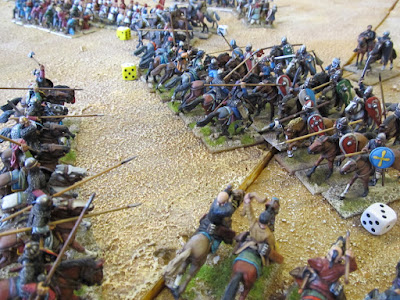 The Knights and Ghulam smash into each other in a big cavalry fight on my right, and my Ghulams held up well, for a while, bu were always losing the fight. 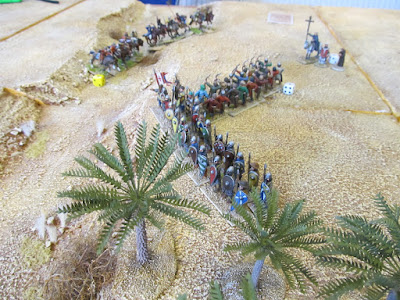 On the other end of the line, my horse archers lap around the Crusader's right flank, and their archers quickly manouevre to face them. The fierce archery duel would cost me a light cavalry unit for his archers and the bishop's comand stand, a good trade. 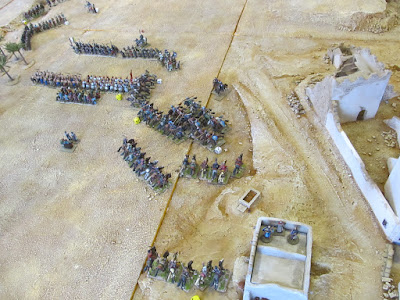 Overview of the field, the centres still closing cautiously. The Turcopoles have launched flank attack on my infantry, which didn't go too well for them. 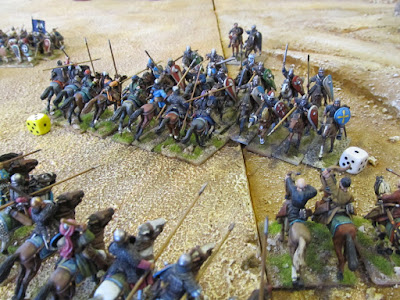 The Ghulam vs Knights melee continues, both spending cards to keep their men in the fight. In the end, my Ghulam broke in a gory massacre (not helped by some friendly fire missiles I threw-into the melee in desperation), but it was too late to save the day anyway.

My forces broke, with the Crusaders having just 2 morale value left. A defeat and my winning run is ended at 9 games!.