Over the course of the last few weeks I’ve been working (on and off) on a small terrain making project. It’s a Russian windmill, not an uncommon site on the Russian steppes (they had to grind all that wheat somewhere).
I did a bit of research before starting, and it seems that in 1940s Russia windmills really hadn't moved on much from medieval times – like a lot of things. Unlike their European equivalents, windmills were still made entirely of wood (rather than brick or brick/wood combined) and where still quite small. Here is the Google reference I used. 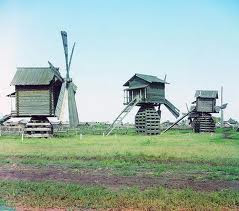 I first planned to scratch-built the entire thing from coffee stirrers, but a little investigation on model railway websites revealed than a 1/76th windmill was available. If you look hard enough just about every type of building imaginable is available at HO/OO scale for model railway enthusiasts. The main structure of the windmill and its sails (the most fiddle part to scratch build) would be perfectly fine. So, instead of scratch building I ordered the Dapol kit and converted it.
The main building work consisted of replacing the bottom of the windmill with a lattice work of logs and railway sleepers (at the Battle of Kursk the Russian sometimes hid MG teams inside them). These were cut from balsa wood and kebab skewers all super glued together, not very accurately – such is the Russian way.
Having cut the windmill’s gables triangular rather than curved, I made a new roof from thick cardboard  (to prevent warping) covered it in modelling clay, then the thatch was crudely scored into it as it dried. As wargame’s terrain I left the new roof detachable, and added a new wooden floor inside the building for a few 20mm soldiers to take cover in (or no doubt an artillery observer team).
After undercoating brown and liberally drying-brush with light browns and light grey, the final model was based up, with a few spare old fences added, and then scattered  with long and short flock and a few spare bushes.
It’s not actually for me, it’s a birthday present for my brother, so I’ve had to delay this article until after the day, but I look forward to seeing it on a battlefield soon – and driving through it with a Tiger tank! 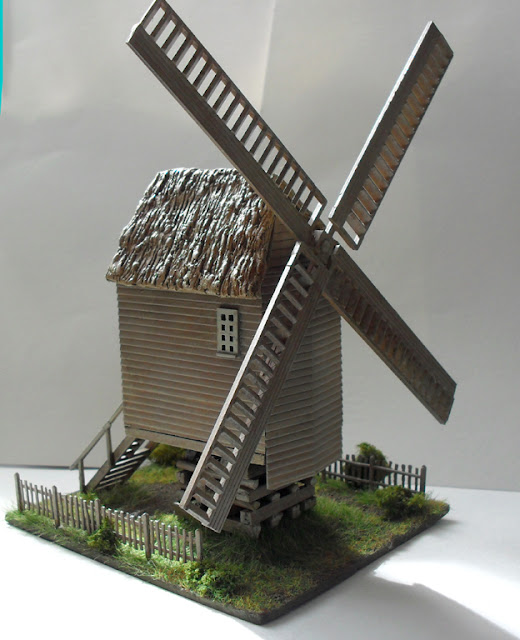 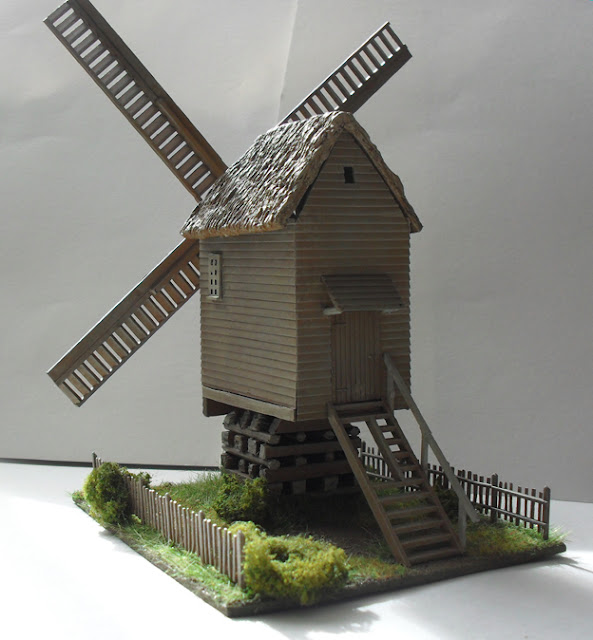 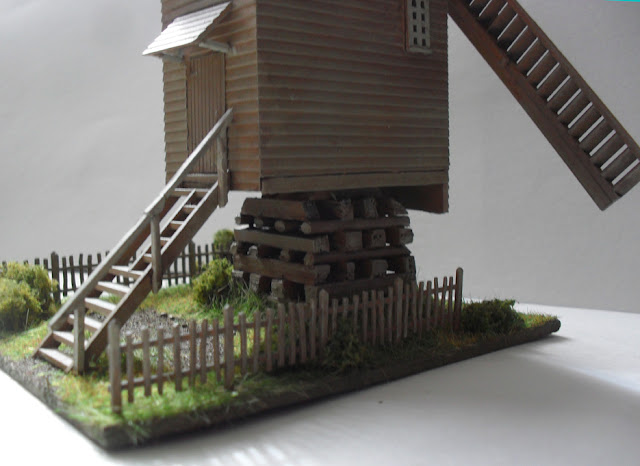