Well, with the demo game at Battle Group South, Bovington, almost upon me, I have organised my 400 pt Russian Tank Corps force for the game against Peirs Von Brandt. He's been bold enough to post his force on his own blog, so I thought I would do the same.

Here is my list, plus the models on the work bench, for final preps before saturday; hope to see folks there, should be a good weekend (after the drive!). 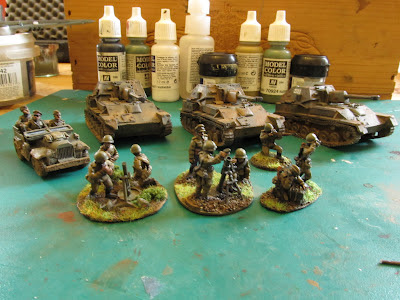 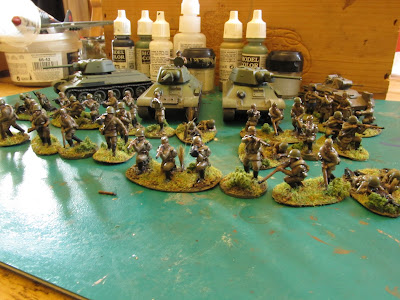