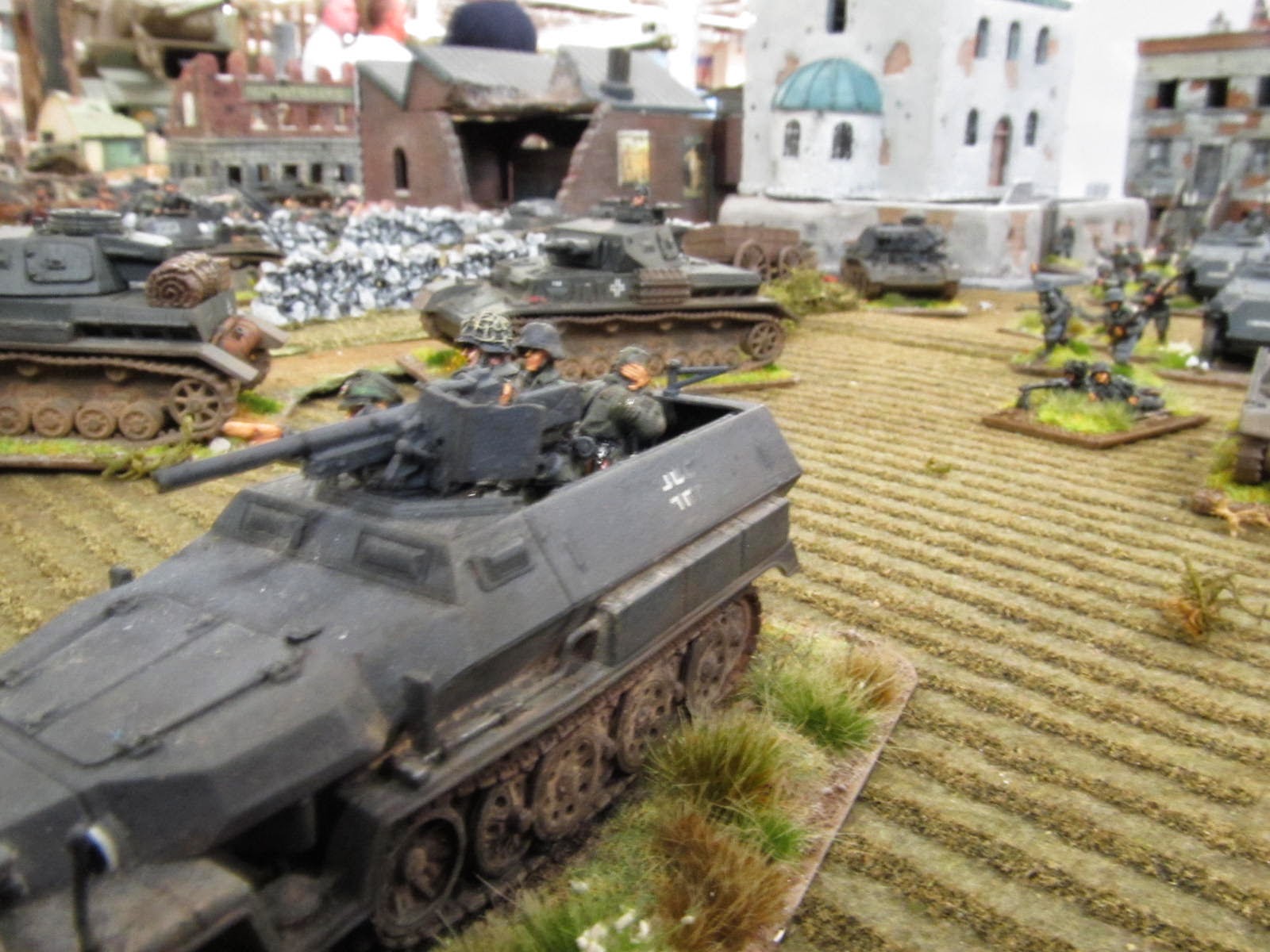 Battlegroup South has been and gone, and this year I was running a BG Barbarossa demo-game, set at a bridgehead over the Berezina river at the industrial town of Borisov. The Germans had taken the bridge intact, but now the Russians would be counter-attacking to retake it.

The board was a 10x6 table, with the river and bridge at one end, then the heavily shelled town, then the suburbs, then the countryside at the far end. The game was a static display on saturday and we played a 1000 pt battle on sunday, joined by Fred (Russian with me) and Sean (another Hun with Piers).

Here are a lot of photos of the table, Piers providing the bulk of grey tanks and men, with my Russians facing them (with Pier's superb T-35s to help - by breaking down!). 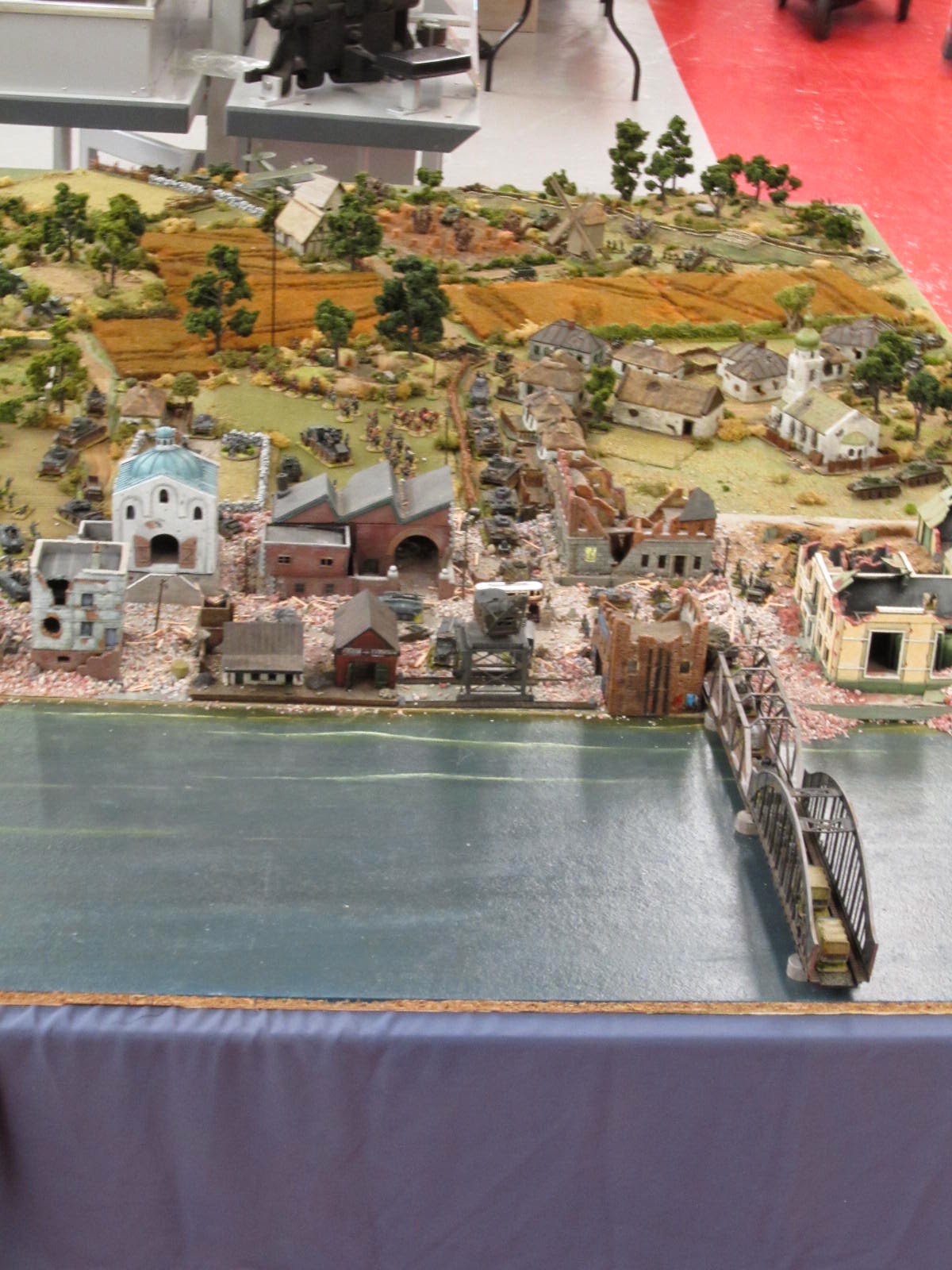 The table from the German end. 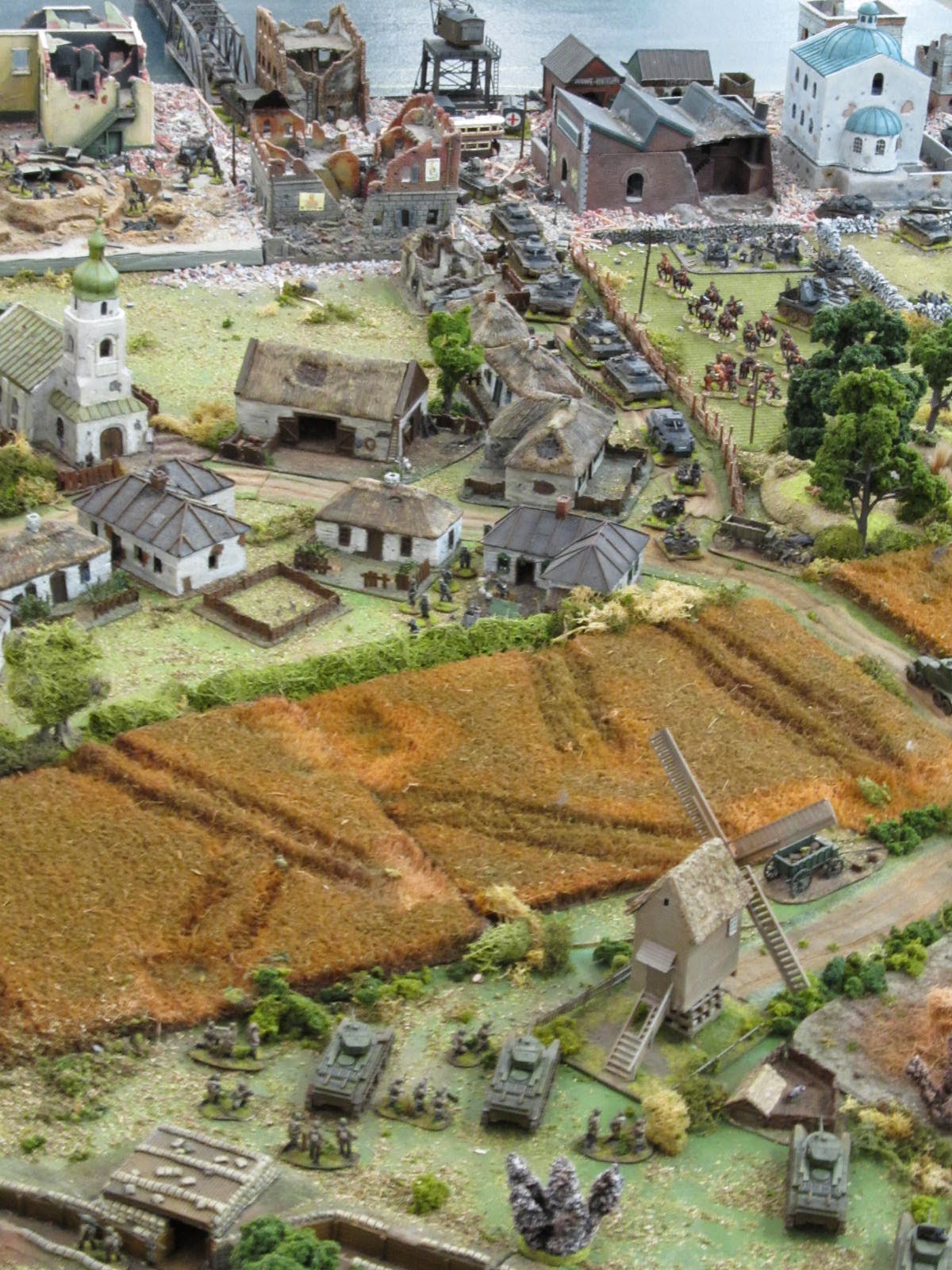 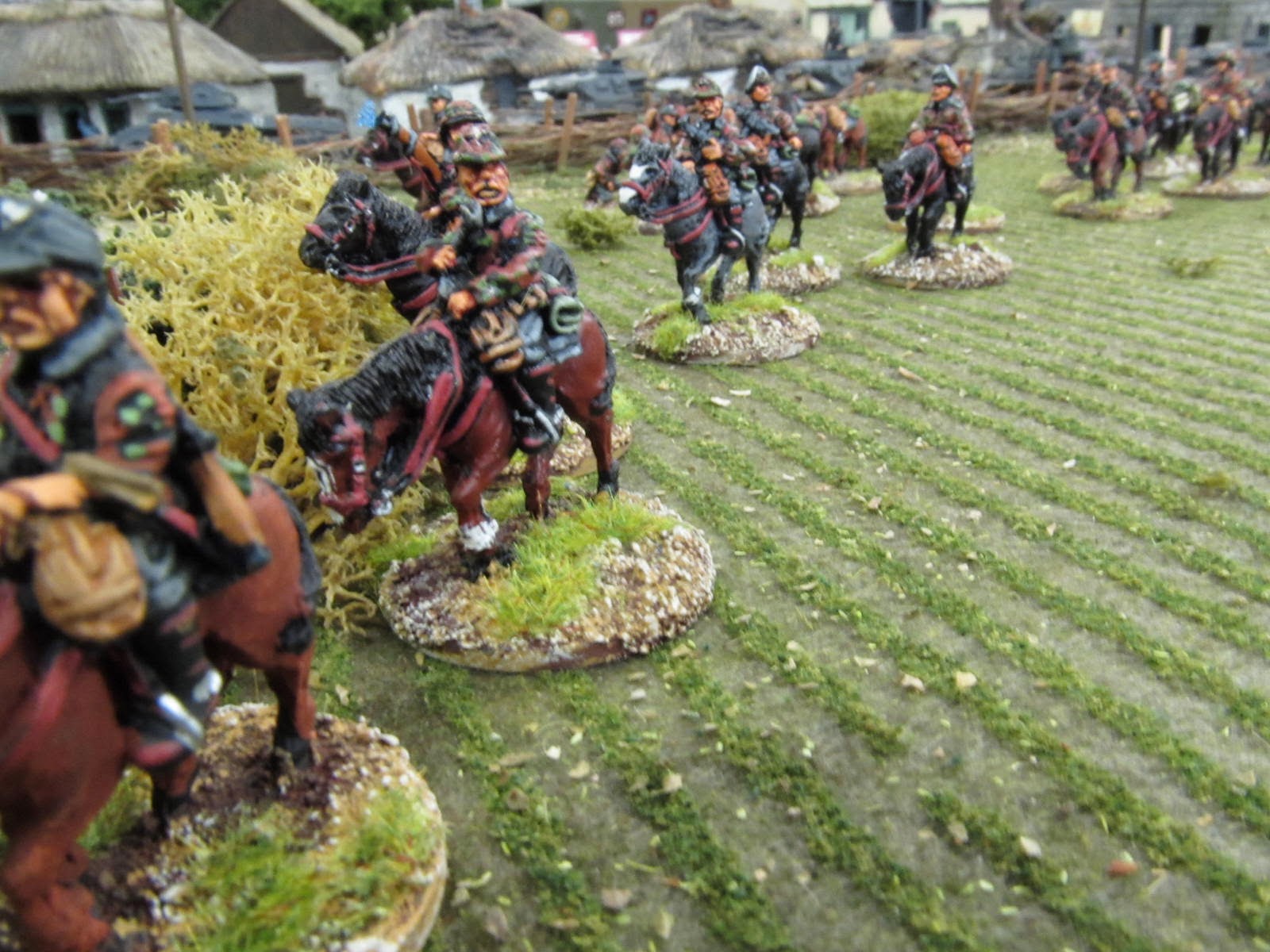 SS cavalry on the move, they didn't feature in the game though. 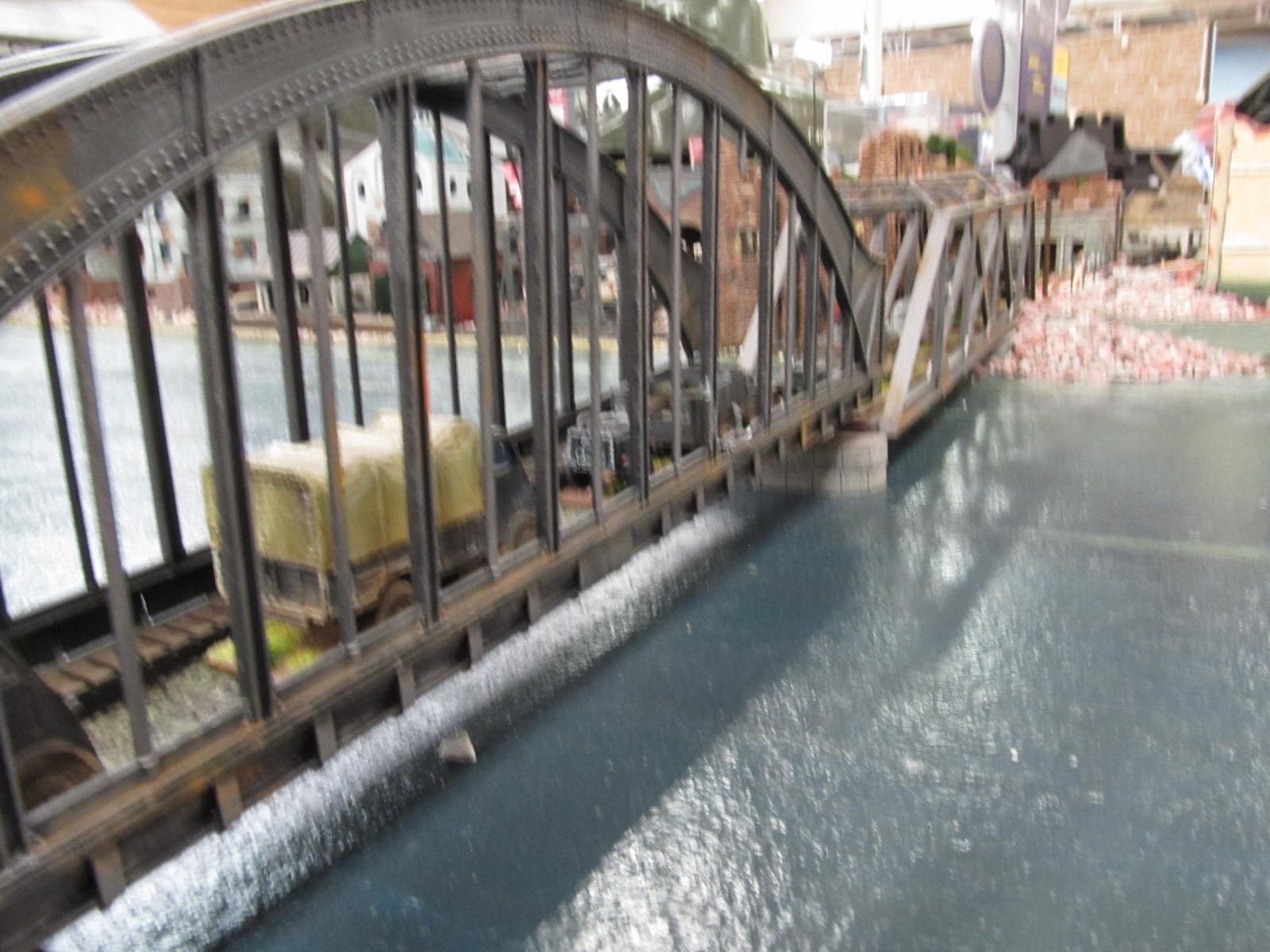 Supply trucks heading over the bridge 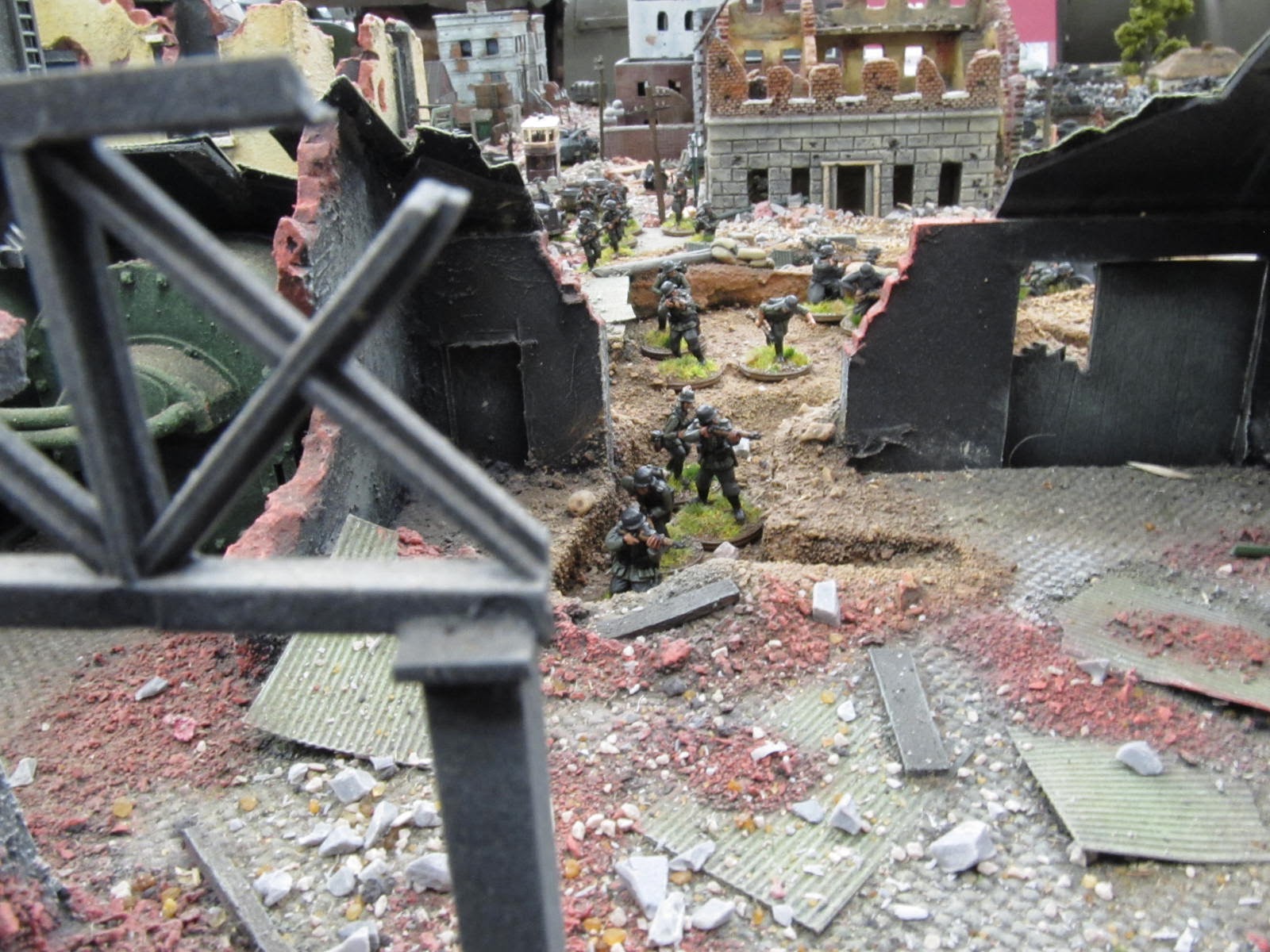 Clearing the rubble of stragglers... 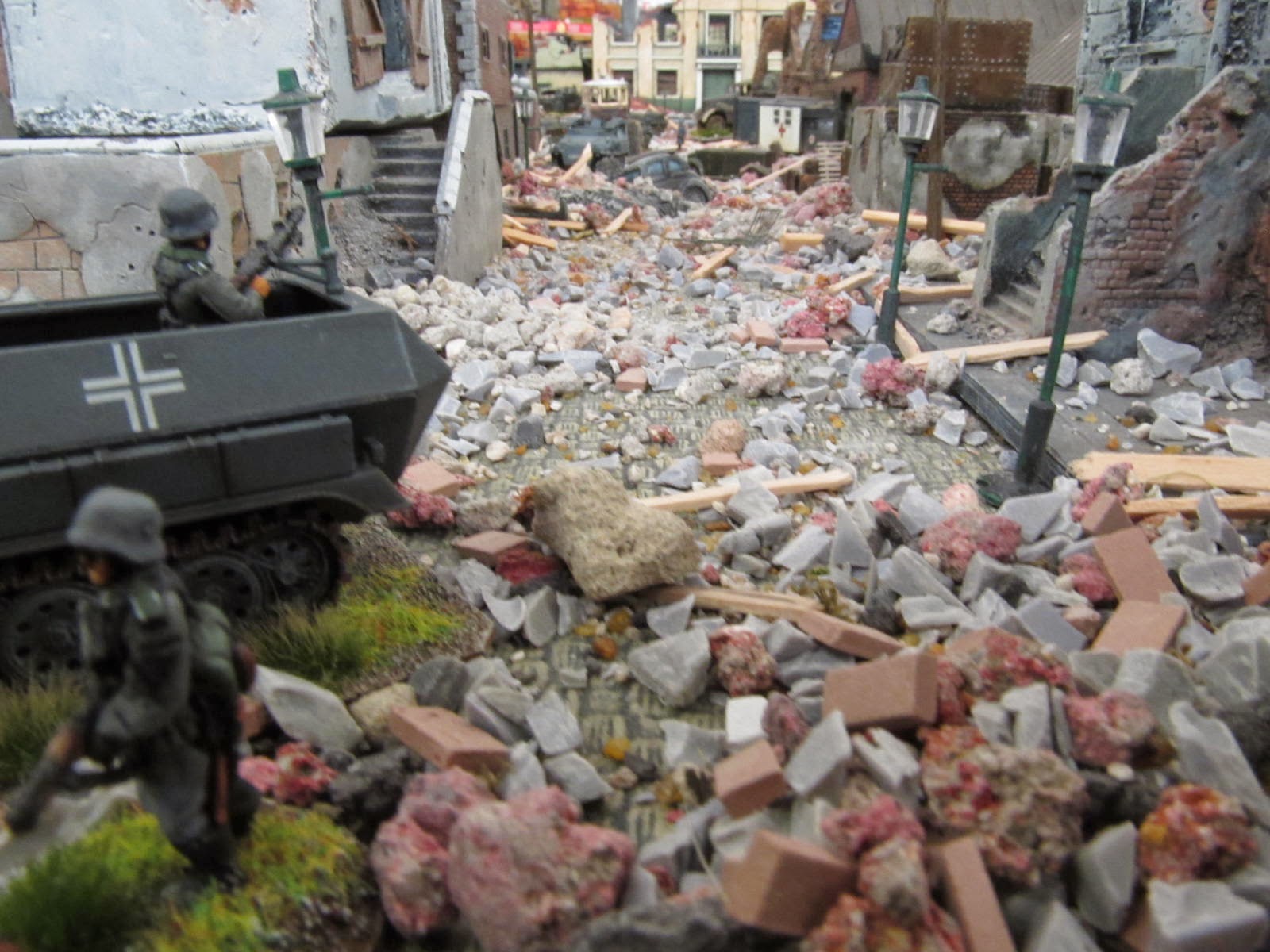 The ruined main street of Borisov. 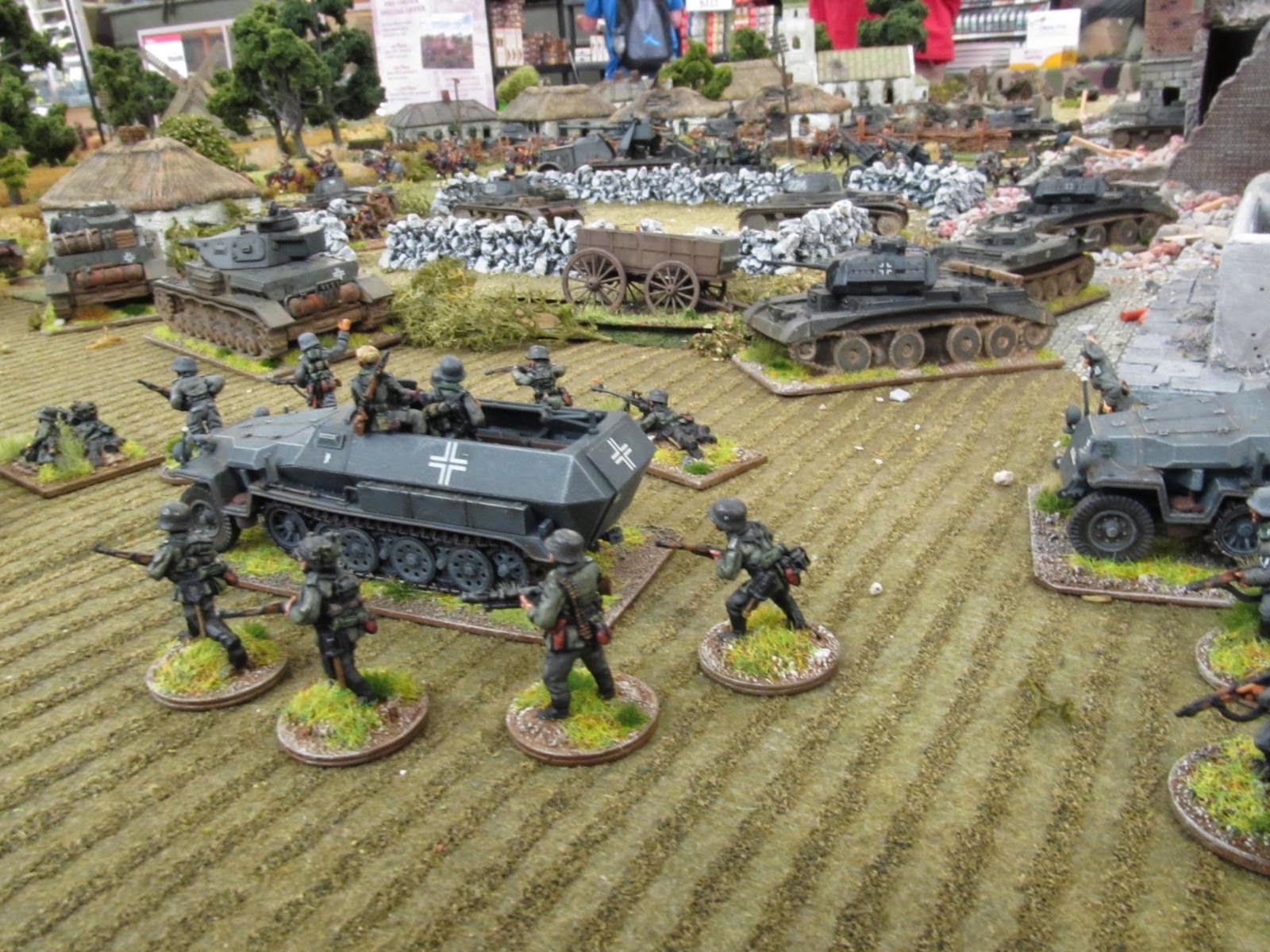 Panzers forwards, into the fields were the Russians are waiting. Note captured British cruiser tank. 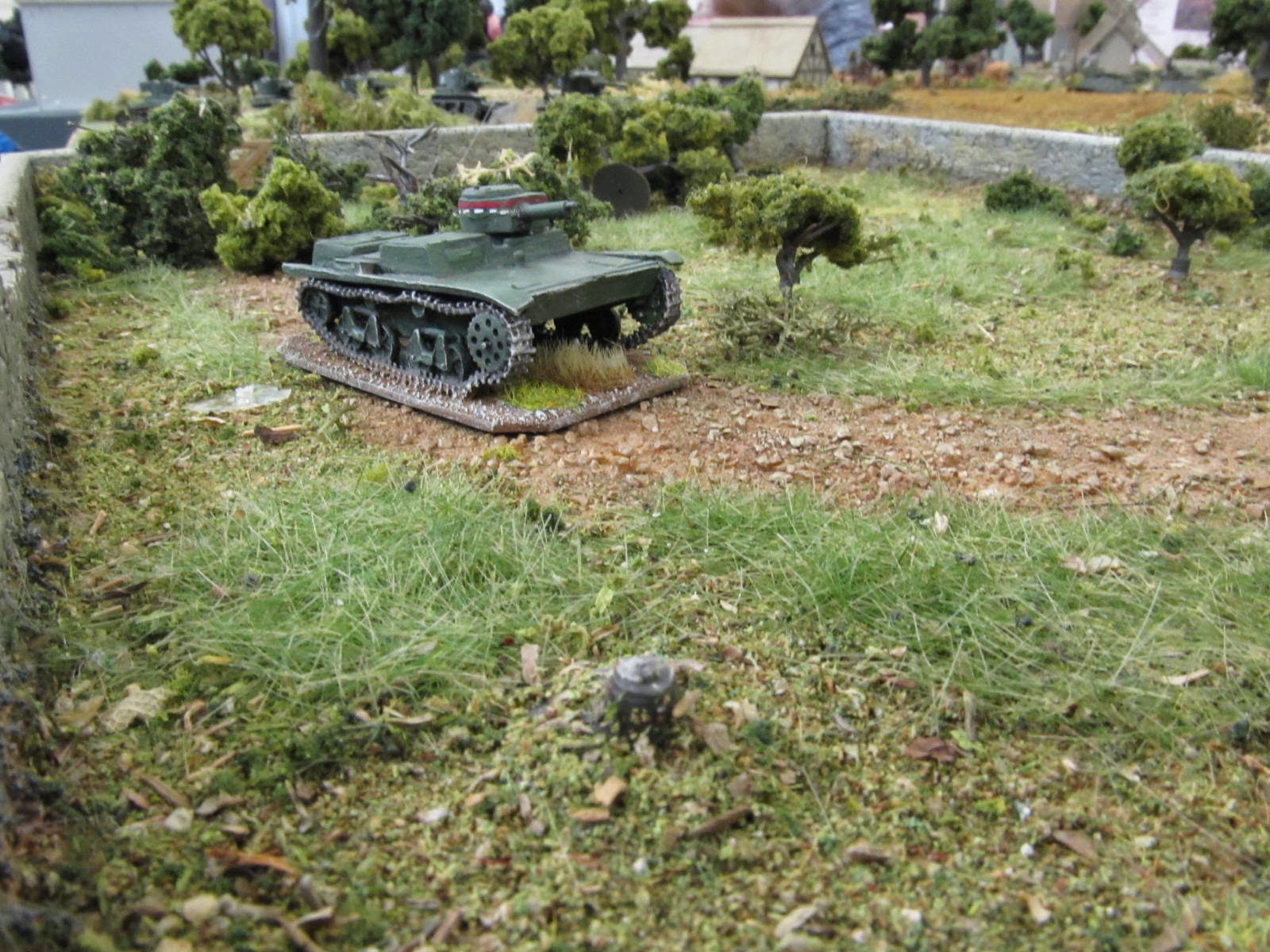 Scouting T-37 goes to take a quick peak at the Germans. 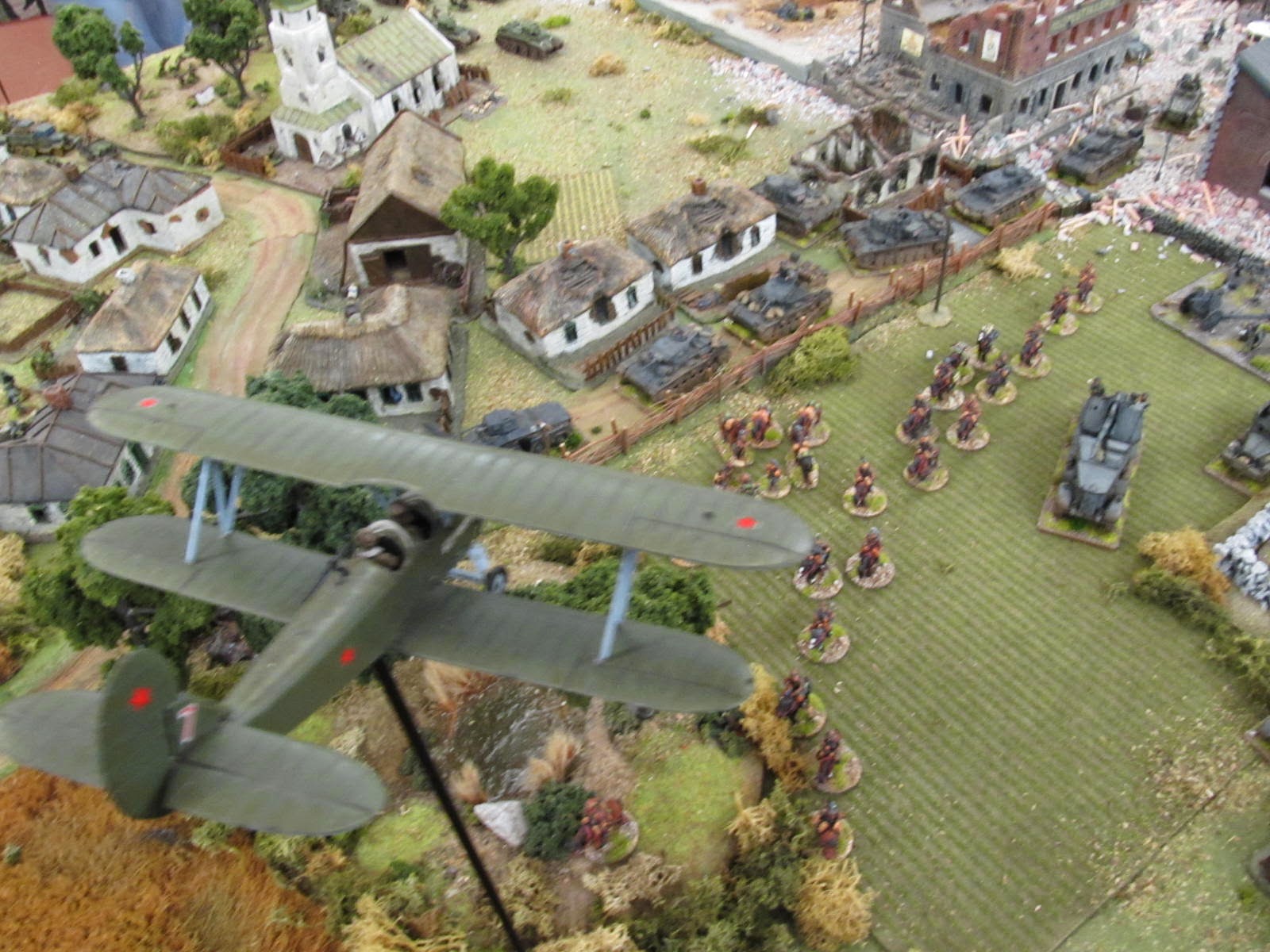 Whilst a PO-2 gets the bird's eye view of the suburbs. 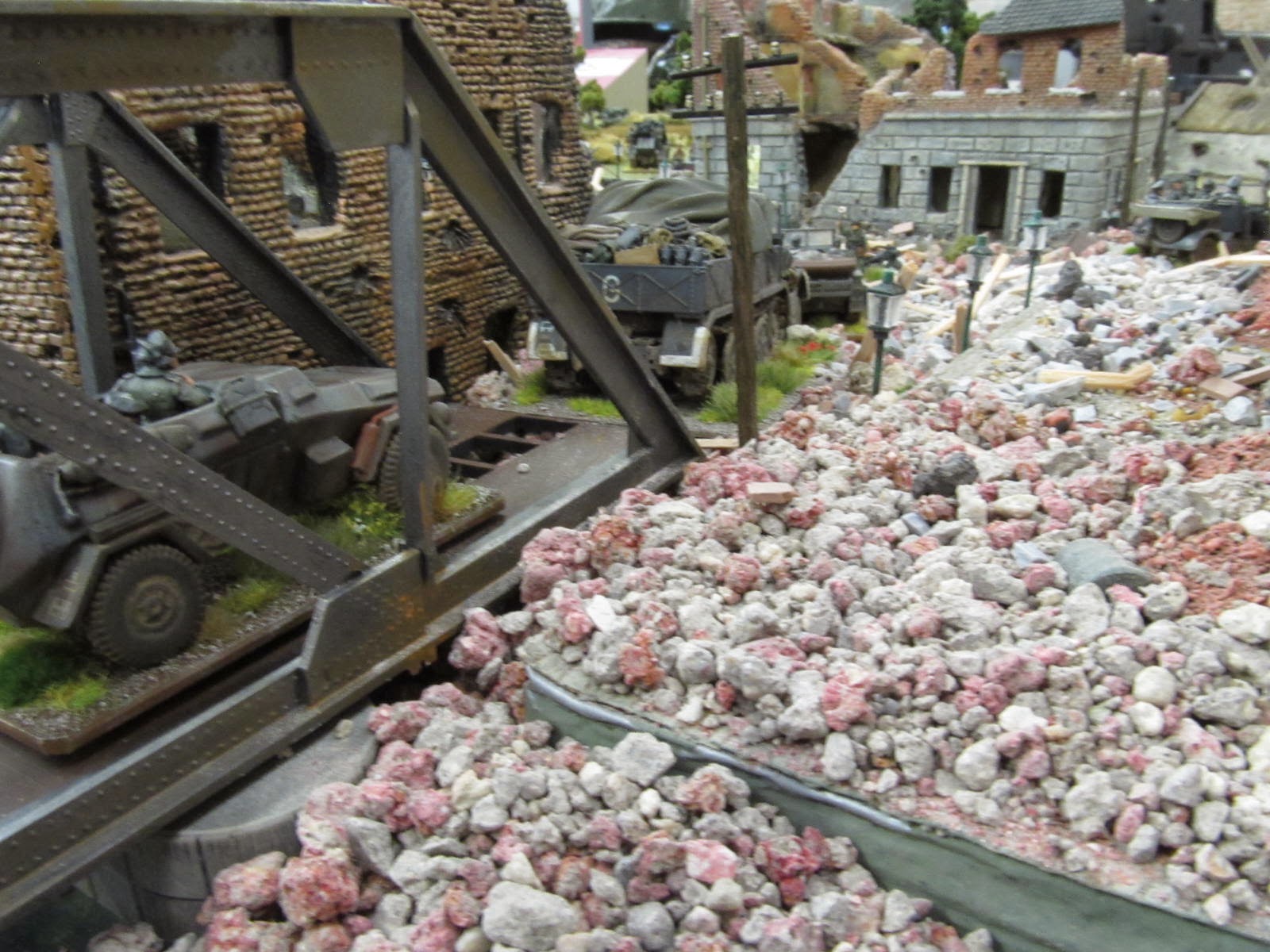 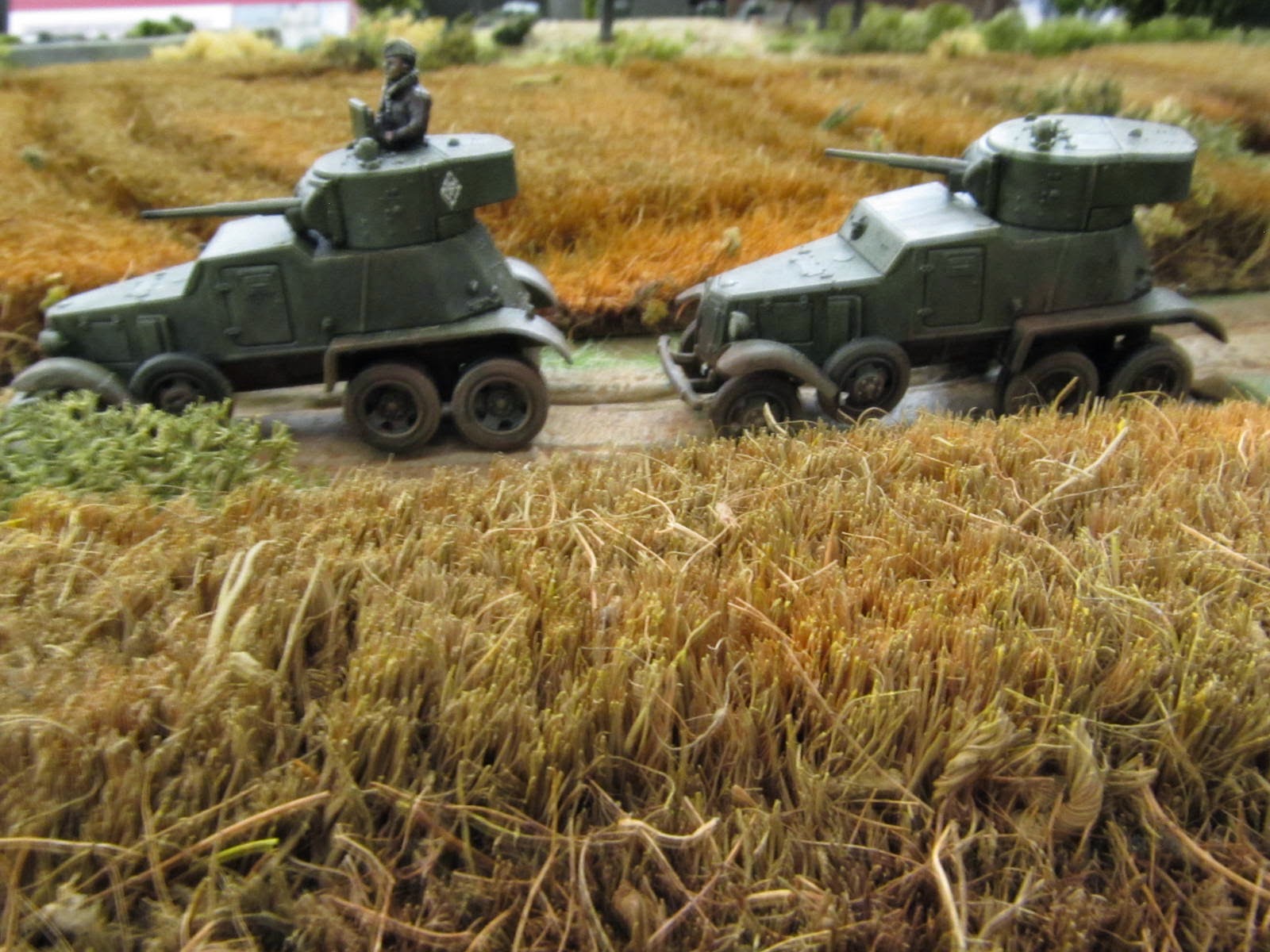 BA-6s on the road, first to contact the enemy. 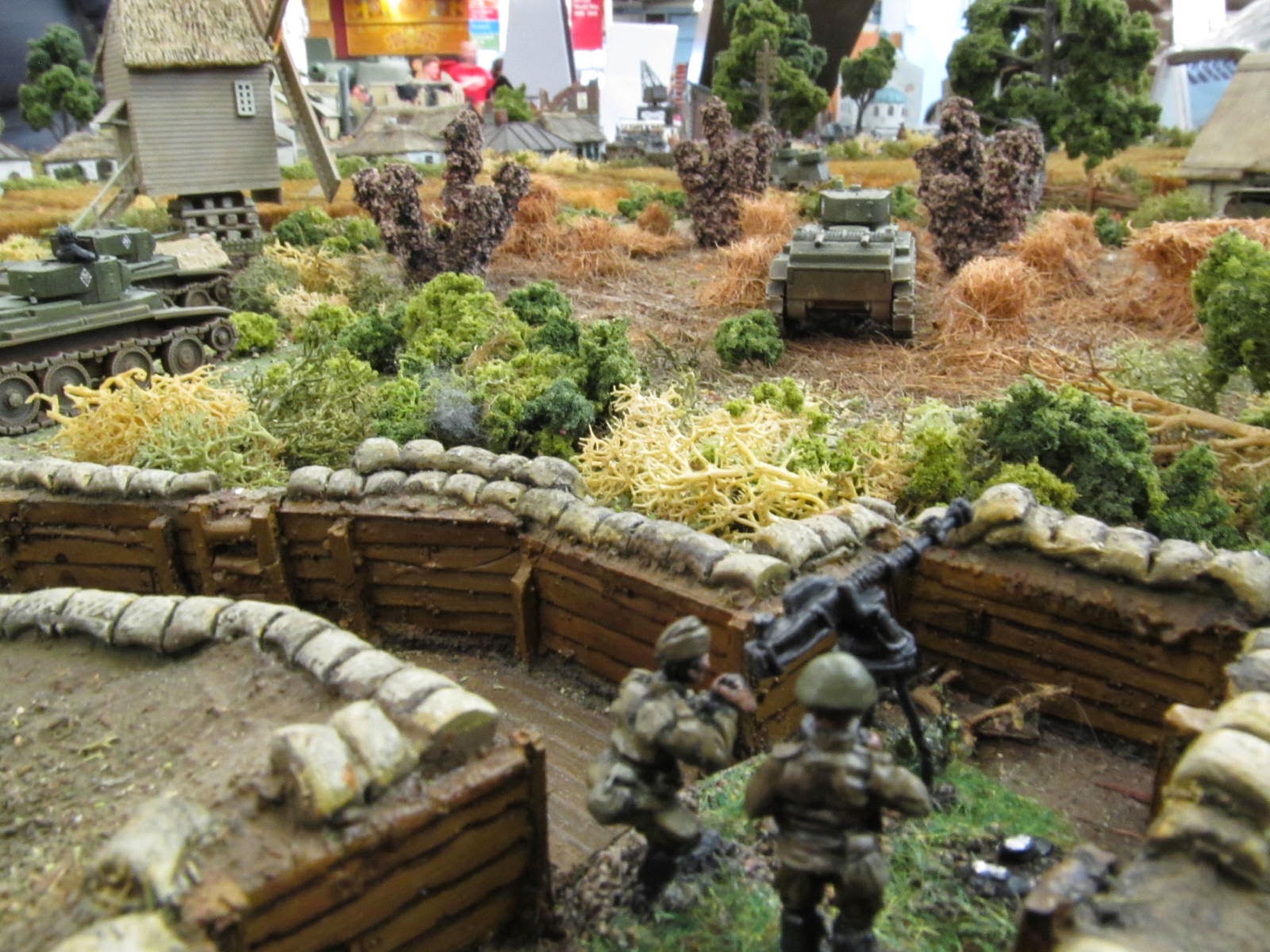 AA HMG waits, covering for the inevitable Stukas, as BT-7s head towards town. 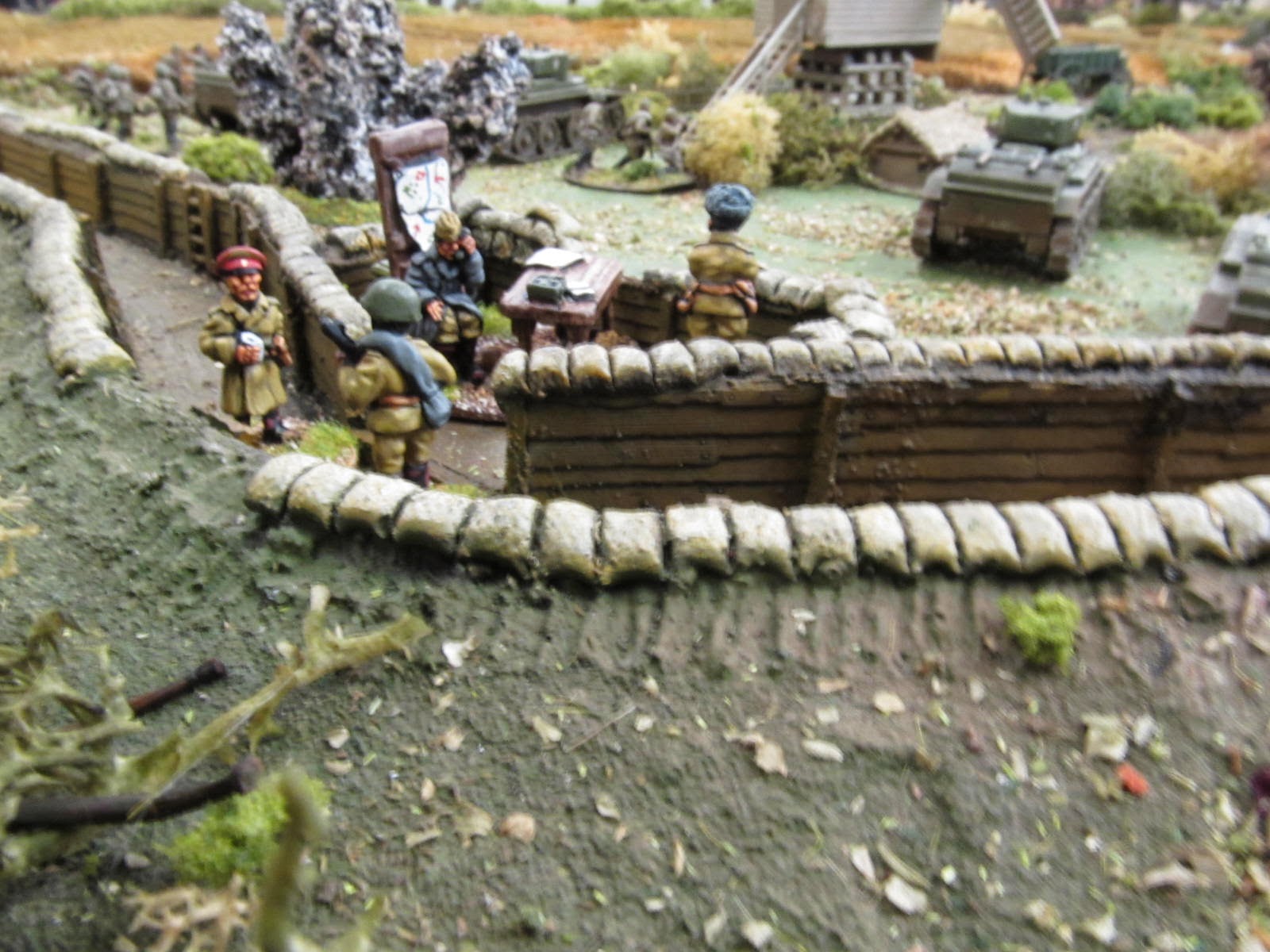 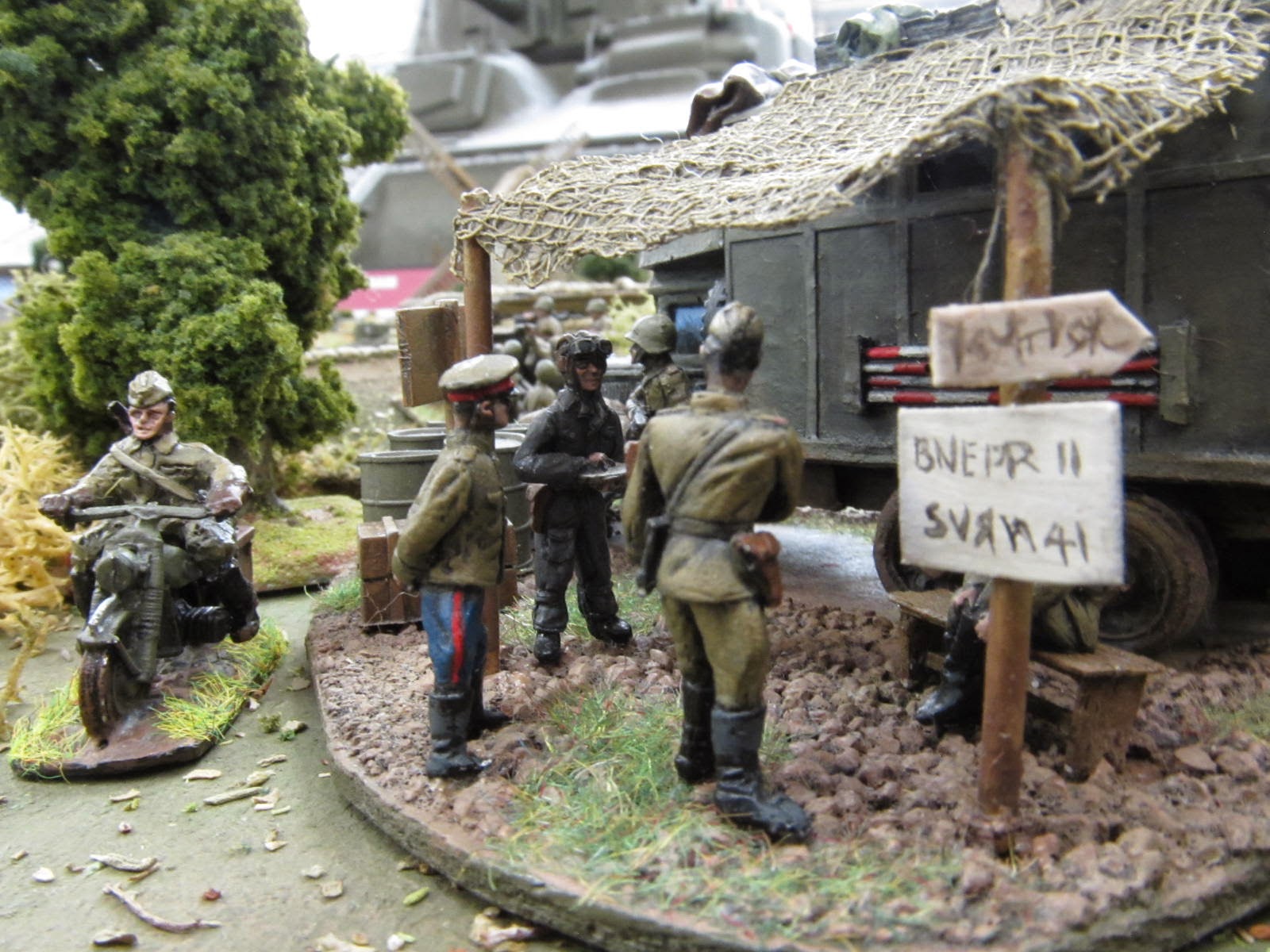 Whilst the signals truck and dispatch rider do all the work of planning the attack.

Next are shots of sunday's game, a meeting enegagment outside Borisov. The game was very close, 38 BR lost to the Russians, 34 to the Germans, but when time ran out in the afternoon as the show wound-down the Russians looked in the far better position to win it (but then I'm biased). 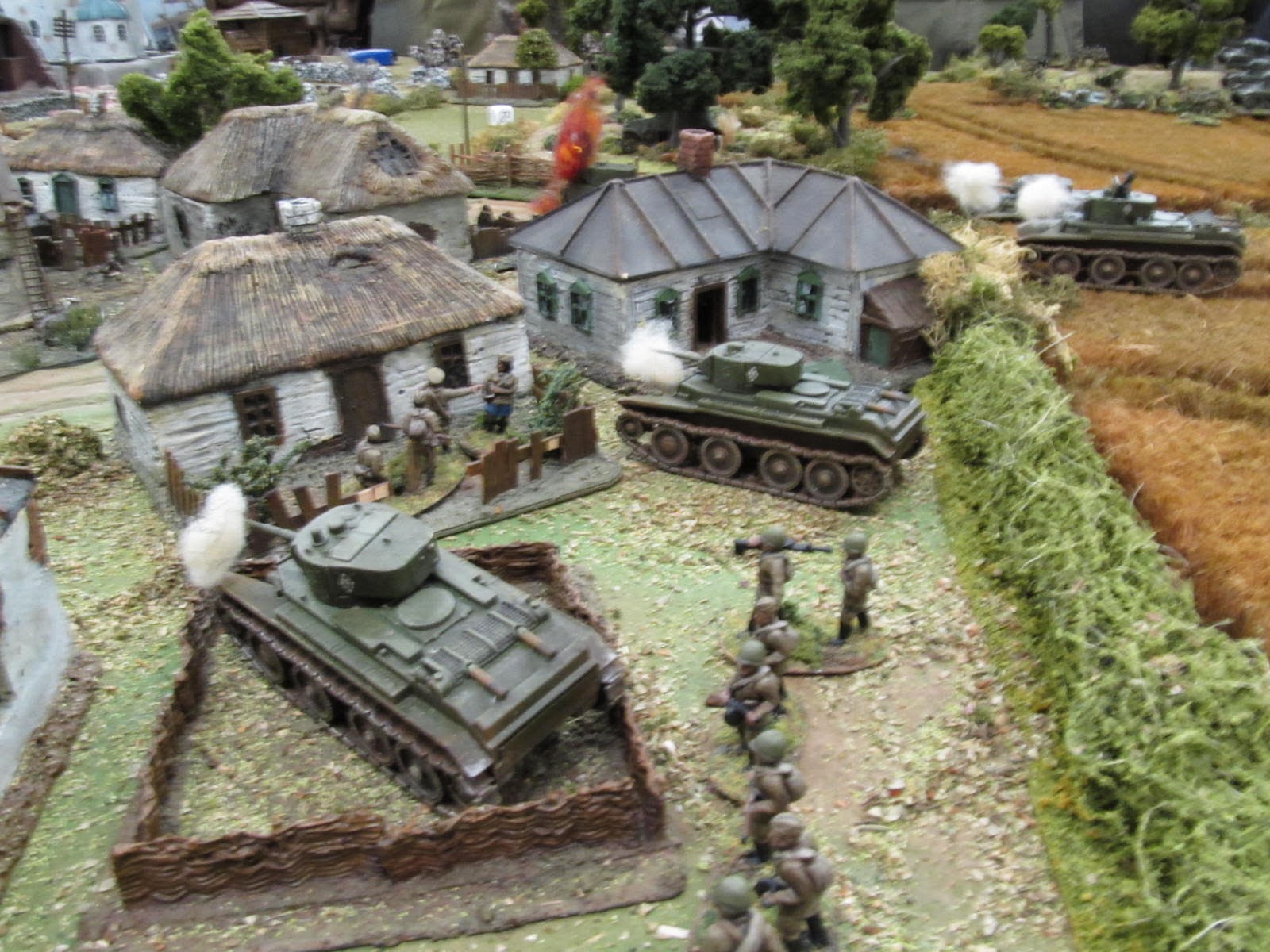 BT-7 platoon rushes the suburbs and arrives first, then go onto ambush fire, making the Germans cautious. Infantry have Ura'd their way along in support. 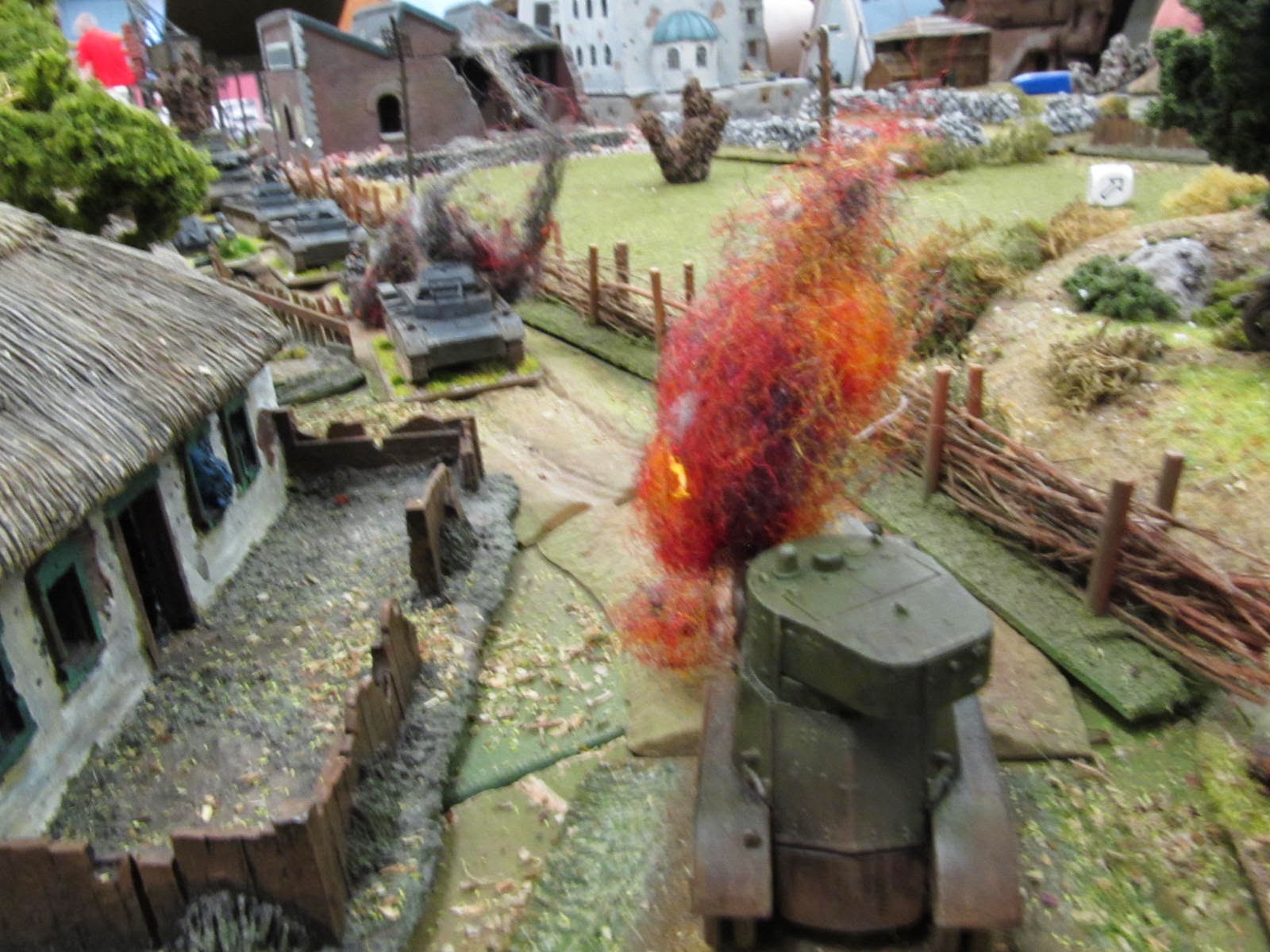 First contact. Pz-II knocked out, then a BA-6 goes up on the road, from return fire from a 37mm AT gun. 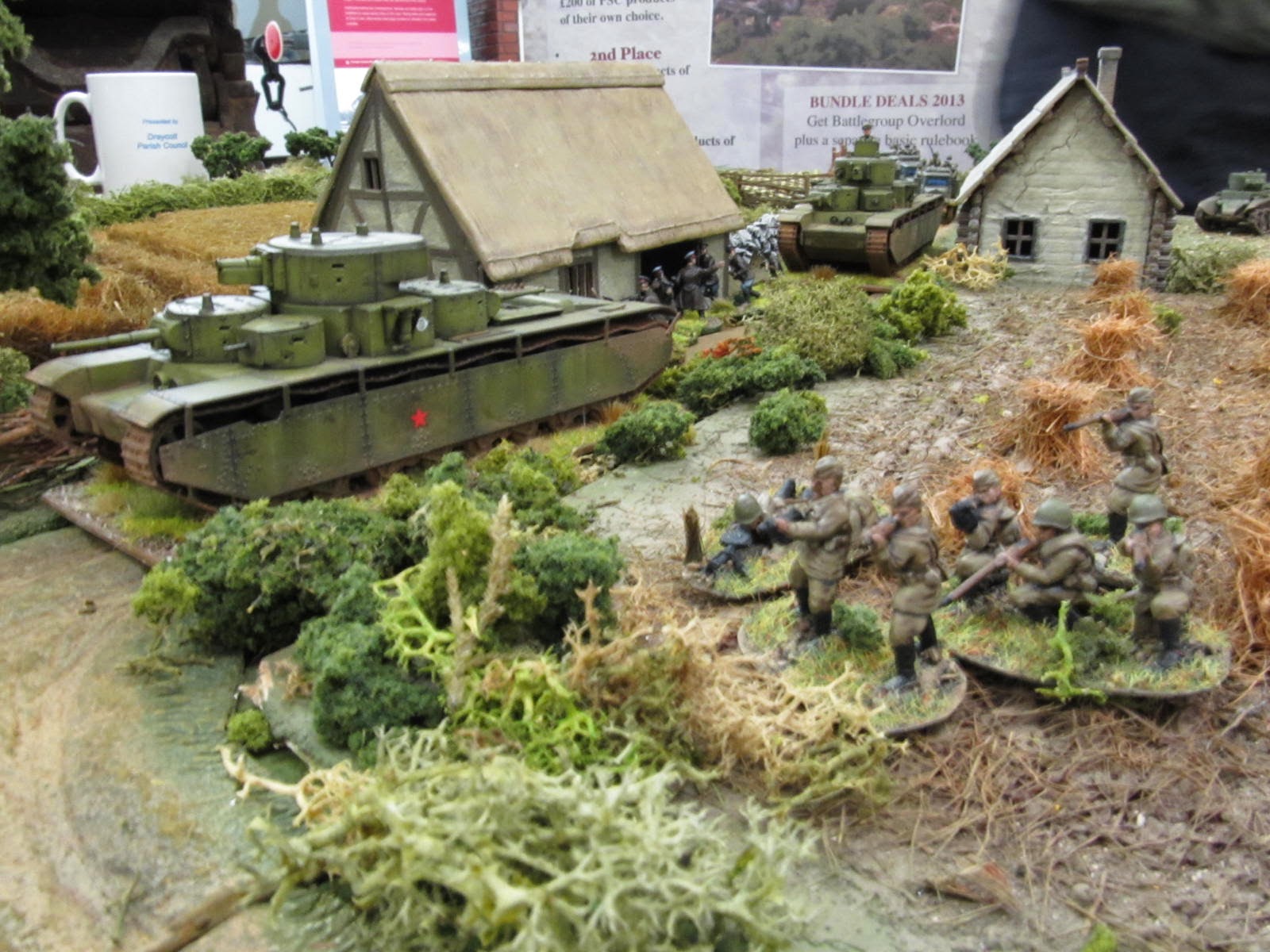 Reinforcements, but oh-so slow. Note NKVD squad lurking at the back. 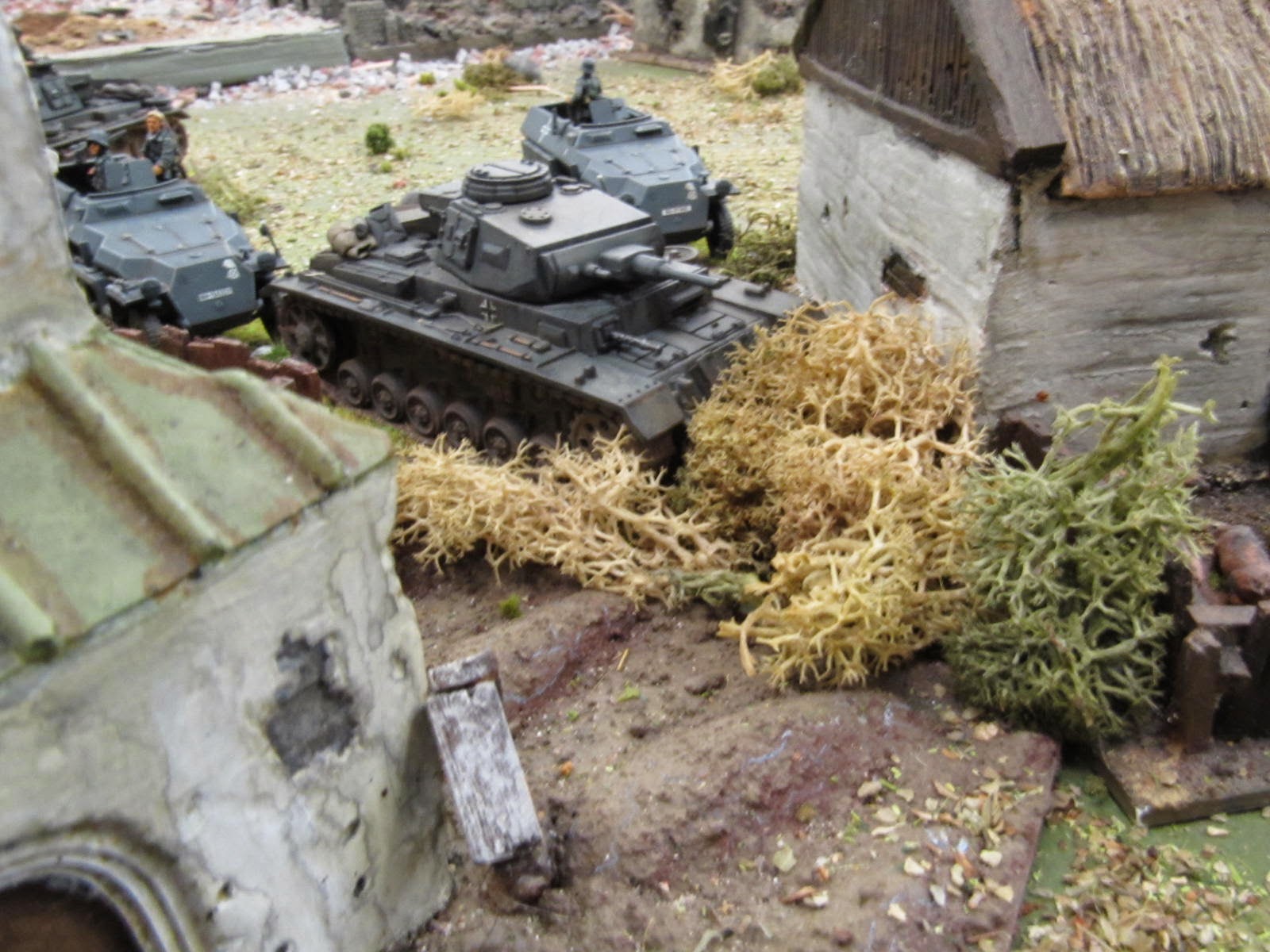 The fight in the suburbs was the 'hot-spot' of the battle, Pz-IIIs and grenadiers vs BT-7s and infantry, all at close range. 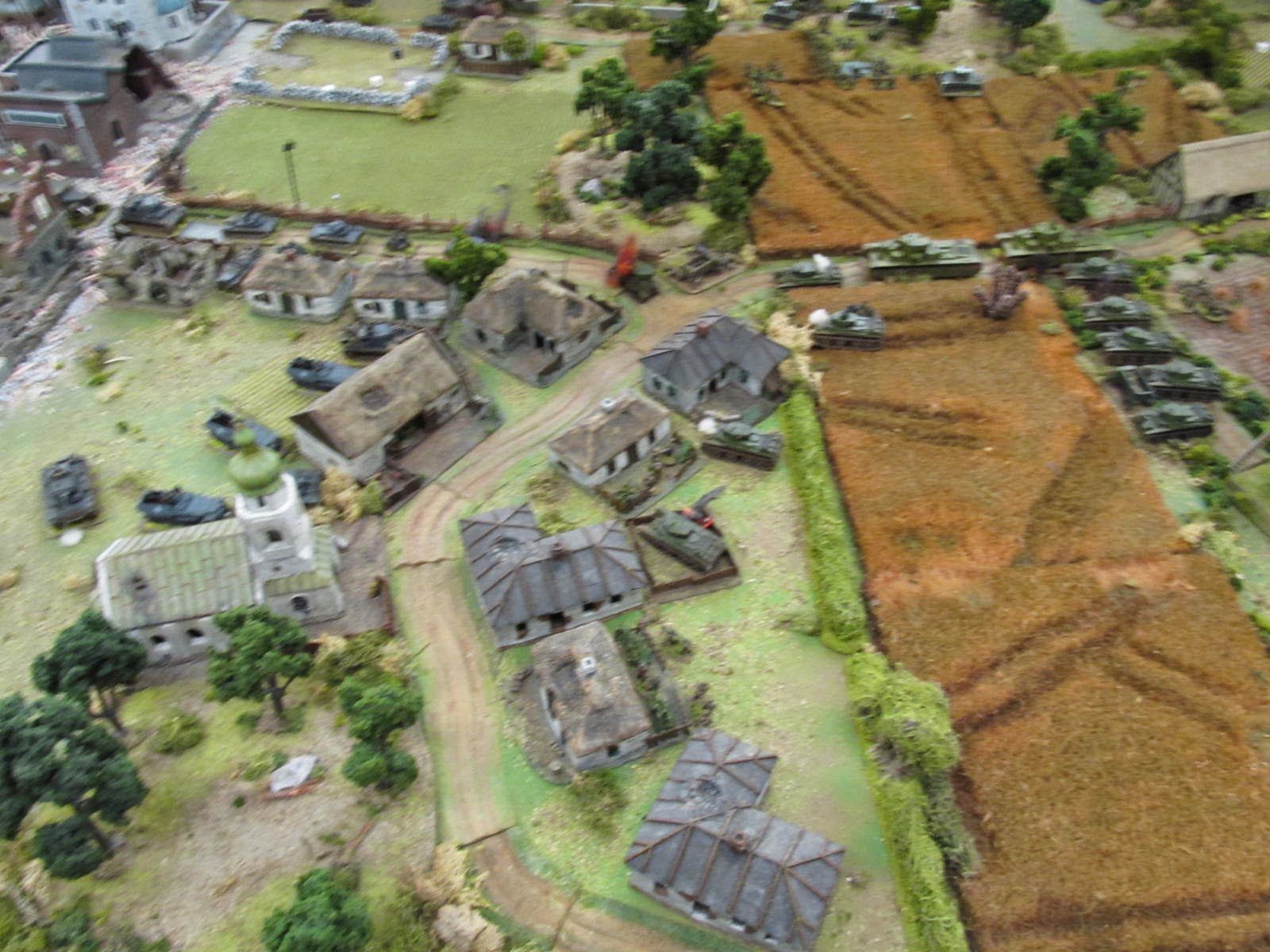 The fight for the village in progress. Note the second BT-7 platoon on the far right, racing forwards and swinging to their left, around the vllage then through the woods to outflank the Germans and expose those half tracks. 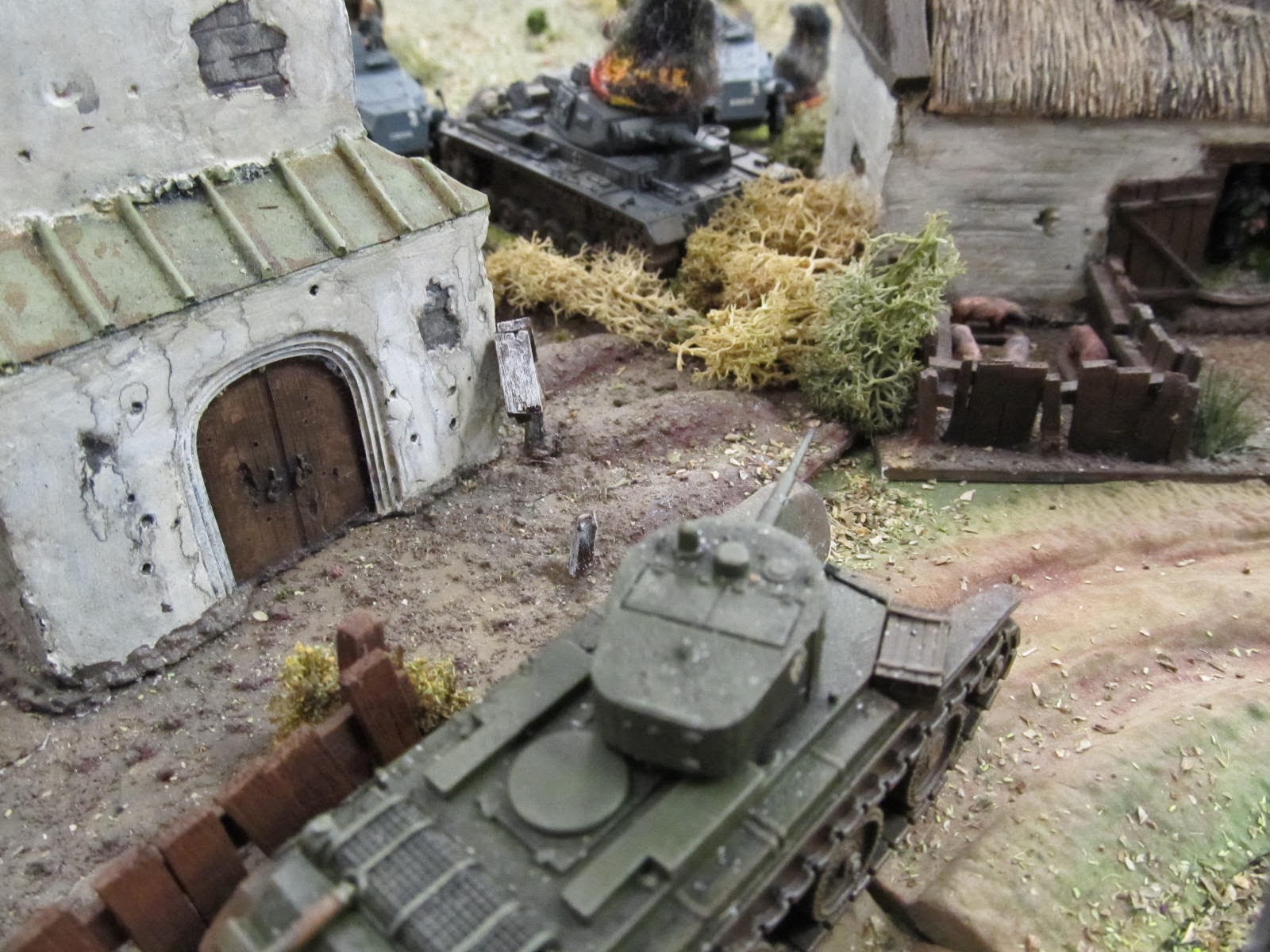 BT-7 wins this duel at point blank range by the church (an objective). 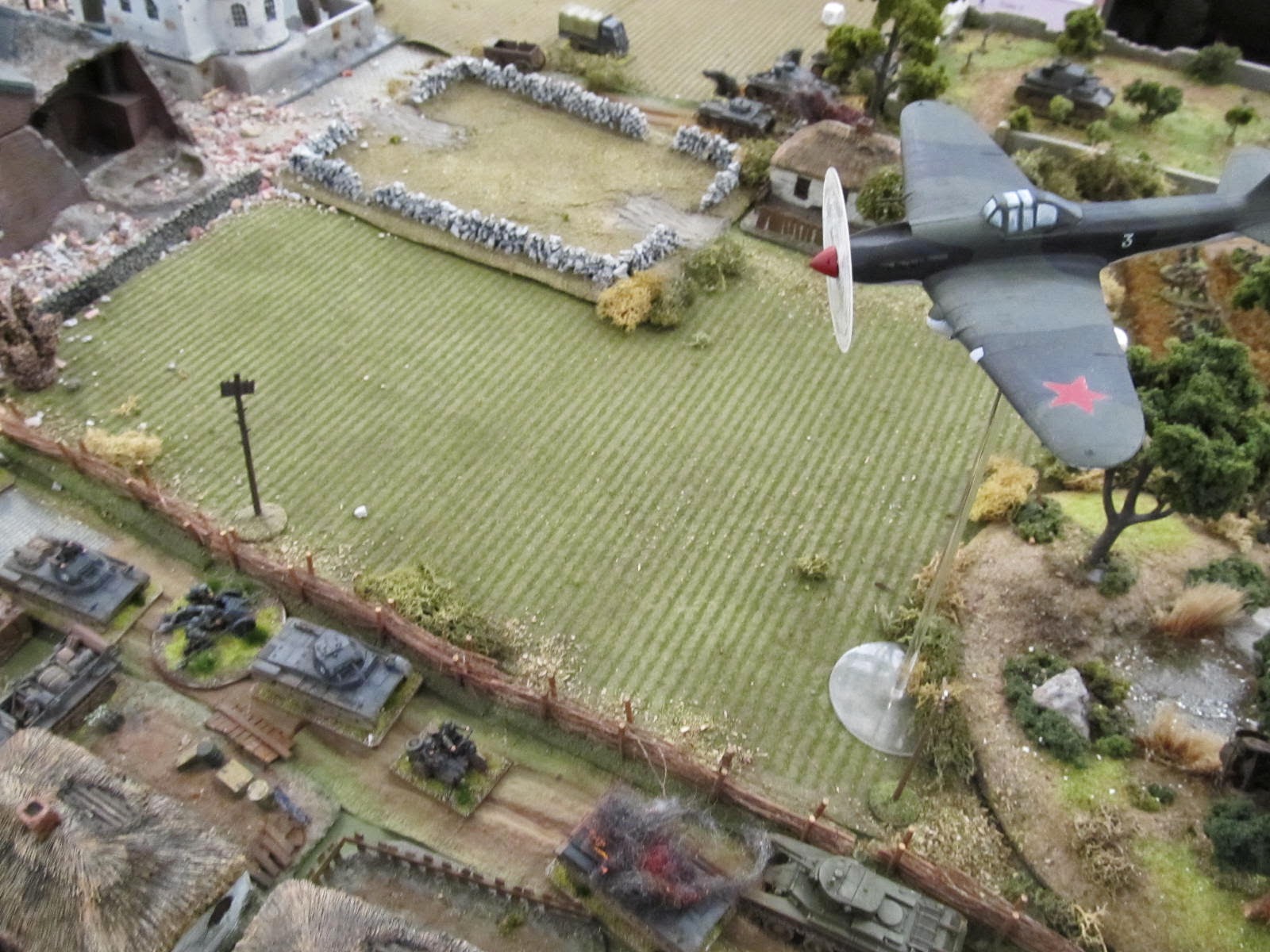 Sturmovik air support wings in, then gets hit by 20mm flak fire and returned to base, achieving zip! 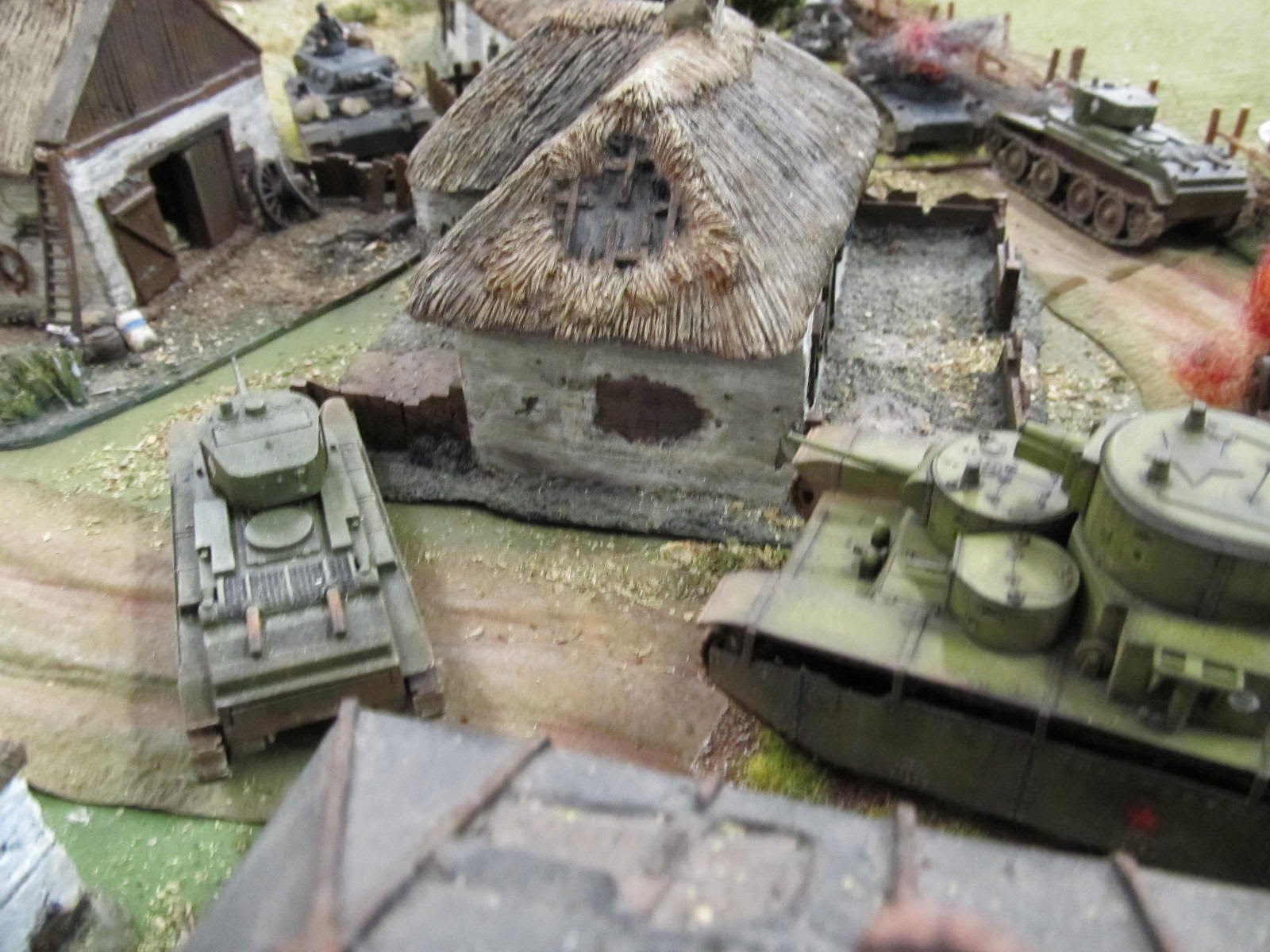 A T-35 rolls into the village, dwarfing houses, but hitting nothing.. useless! Bts and Pz-IIs still trying to hit something! 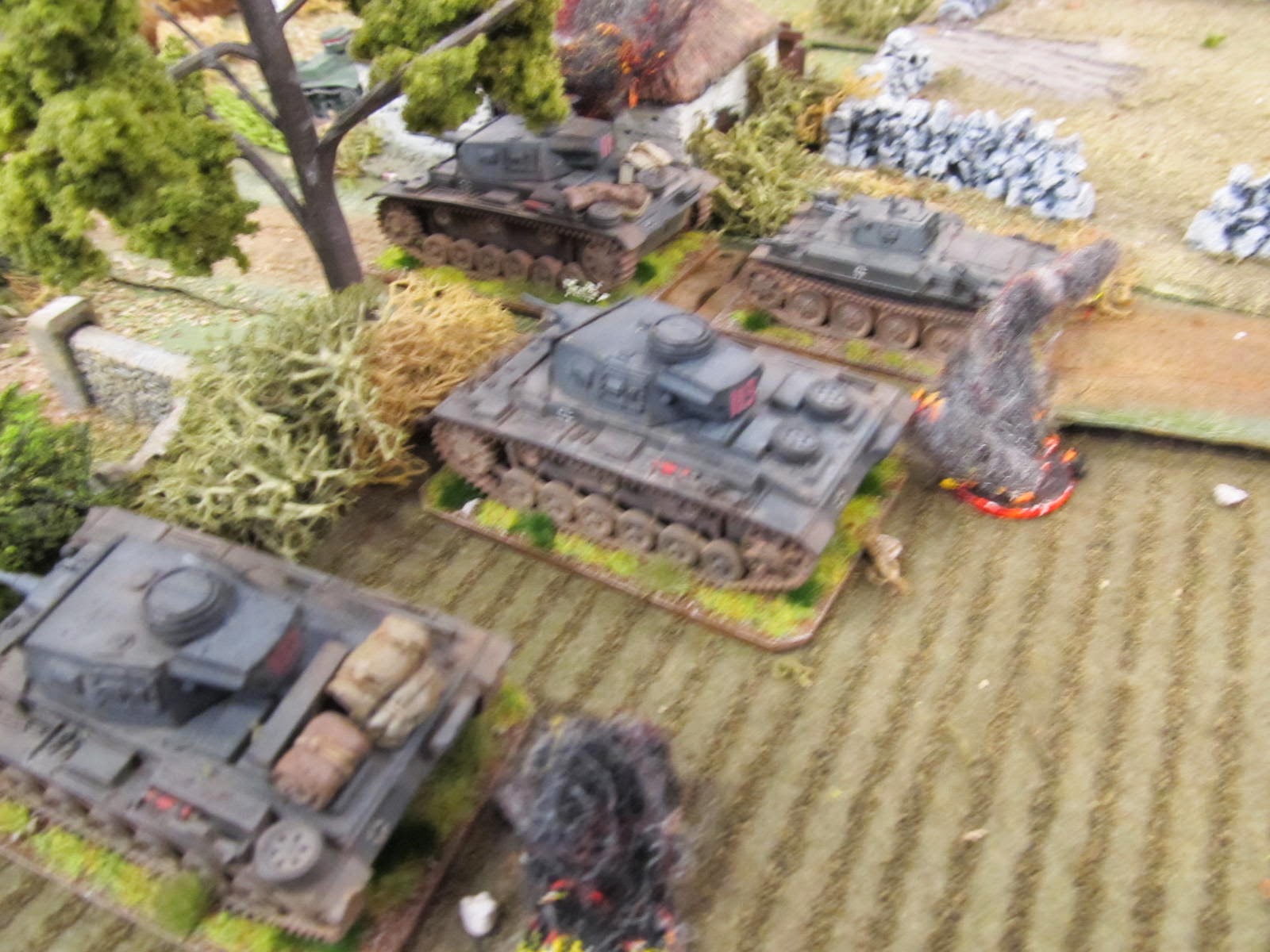 The German's other tanks, on their far left, heavily pinned by arty and mortar fire, whilst below the T-37 miraclously lives as it sneaked forwards unnoticed in the maelstrom. Quite why, who knows?  The Pz-Iv burns after a 122mm shell landed on it - ouch! 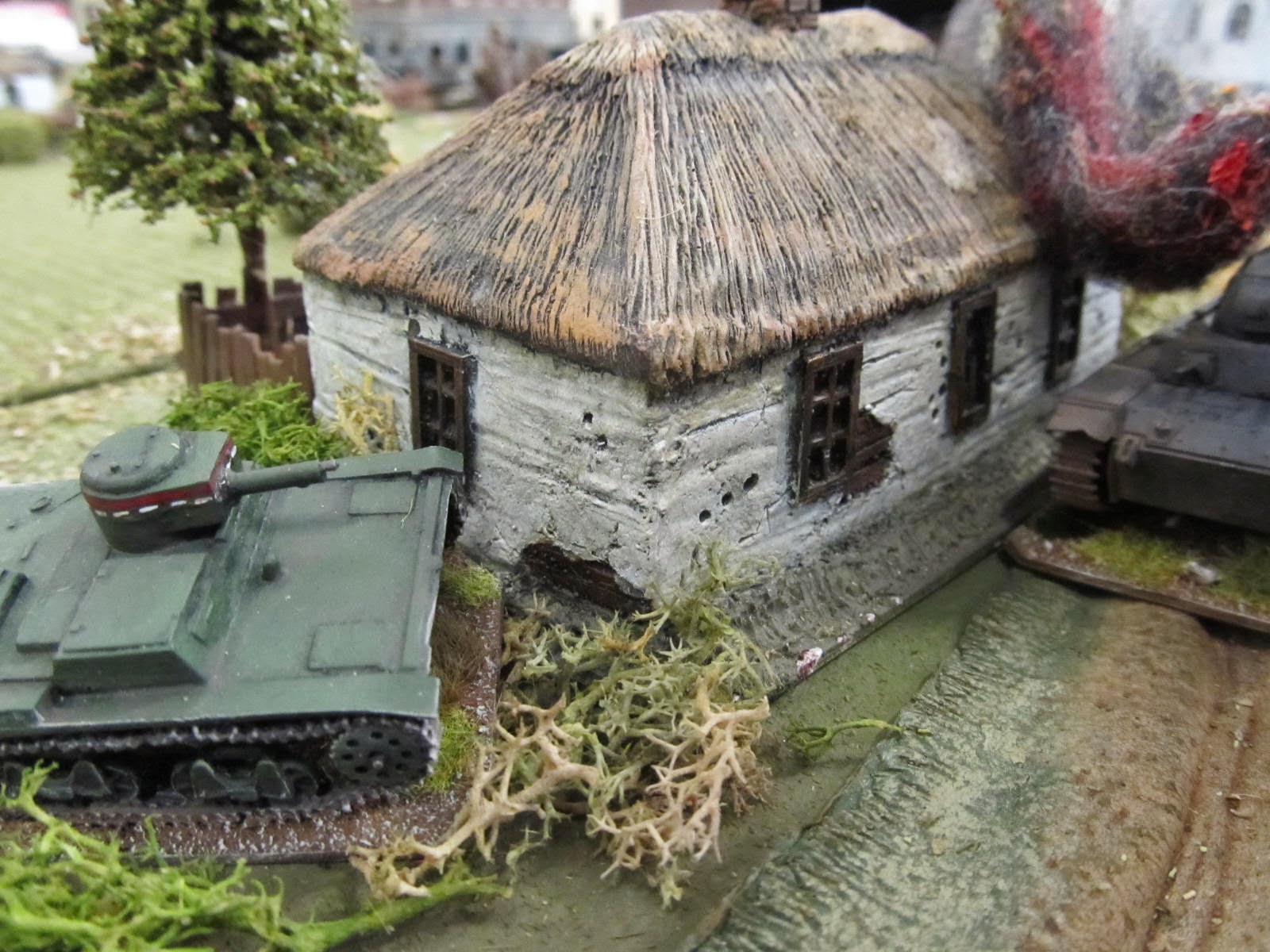