So, what do you do on a grey, rainy friday with the kids off school due to a teacher's incept day? Few places are open (we had planned to go swimming, but the baths aren't open to public swims, a trip to Derbyshire's Bluejohn caves was called off, they were shut too), and anything outdoors looks a bit too cold, wet and grim. So, rather than sit in, watch DVDs (ok we watched some Thunderbirds DVDs) and play on the Xbox, I turned out all my bits boxes from the shed and we all set-to on creating some Thunderbirds-inspired sci-fi buildings.

There is method to the madness, I have a long term plan to do some sci-fi gaming again, perhaps at 6mm, but we also have just come into possession of 40+ second-hand Battletech Mechs, and I have no terrain for them to fight over. So, for years I've been throwing useful looking bits (broken or out-grown toys, spares from model sprues, plastic containers and packaging, etc) into boxes in my shed. There they have laid, until I needed them for some sci-fi builds. I could just buy some terrain, but building it is part of the fun.

So this rainy friday afternoon, my 2 'helpers' and I started a messy job... 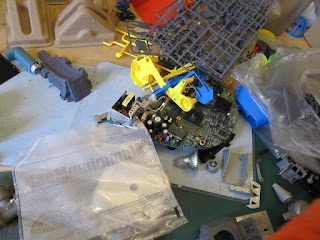 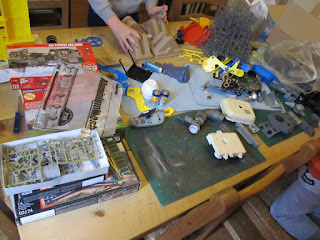 The bits spread out for first investigations. One man's junk is another's far-future terrain... 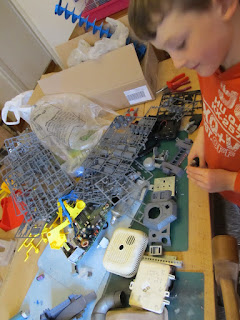 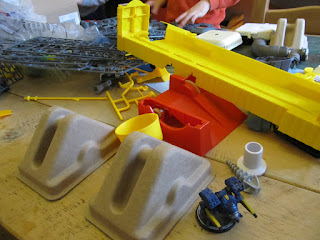 The Mech is for scale... the yellow piece is from a broken Hotwheels set, in the end we decided it as too big, so saved it for a 28mm sci-fi project in the future. 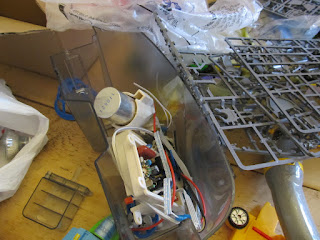 The guts from our broken dehumidier (apparently nobody fixes these, you just have to buy another!), so I gutted it for parts. 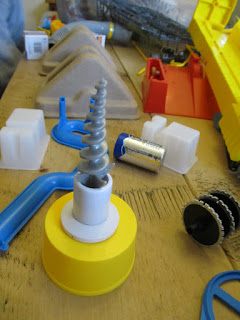 First effort, not really what I was looking for, but my 2 helpers were warming to the task. 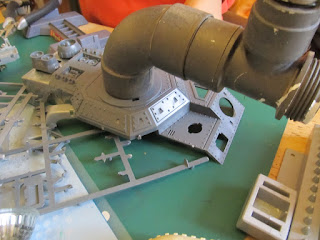 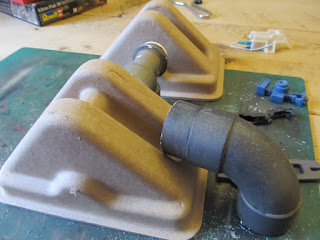 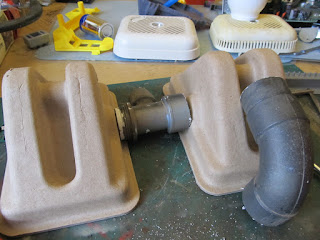 An improvement, some kind of geo-thermal power station? 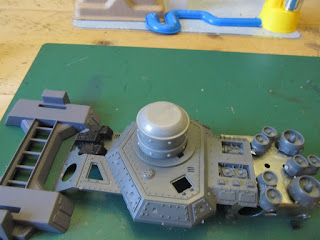 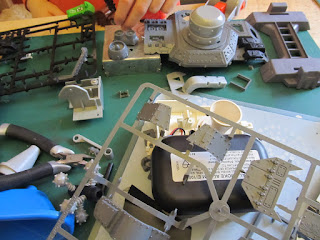 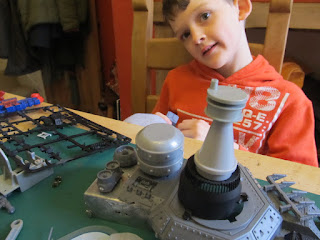 6 year old's efforts (with some help with the control tower). First task was mastering the clippers without the need for the plasters. 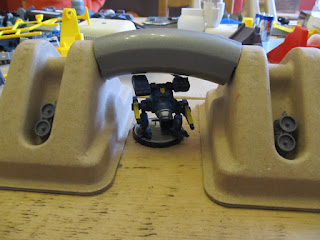 Next stab at the power station idea. The tube is from a broken Dyson attachment. 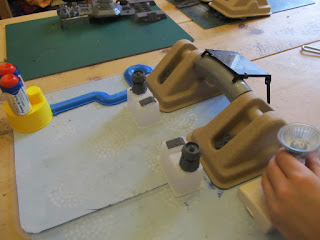 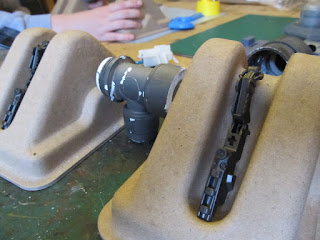 After a few hours of cutting and gluing the novelty had worn off, but I continued that evening, Superglued fingers and all, to finish a few pieces and get them sprayed metallic grey as a base coat. Still all a WIP, but below are some of the current pieces, undercoated. Others will follow. Again the Mech is for scale. 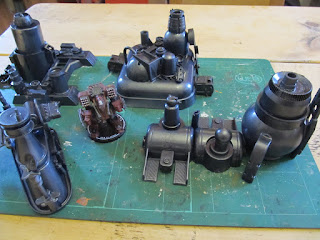 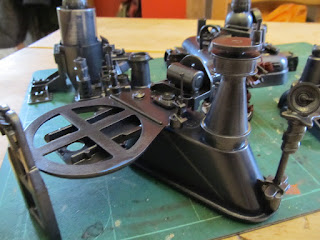 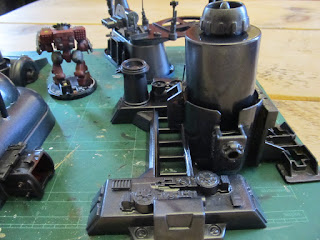 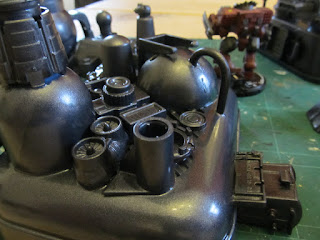 And another building, built on the case of a broken smoke alarm. 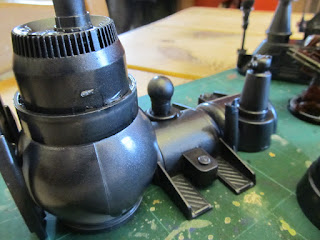 Still work to be done, but we have the start of 6-7 peices that'll be plenty to give the Mechs some cover on my desert boards.