Back in the summer (on the day Andy Murray won Wimbledon, so I remember) I was at Battlegroup South, at Bovington Tank Museum, when I decided to finally make the start on the Afrika Korps army I’d had my eye on. Since owning Airfix Afrika Korps as a child, I’ve always loved the look of these dusty and battered desert warriors, but amongst the many other periods of WWII I wanted to play, I just never got round to North Africa. I actually have the terrain collection (from my Crusades stuff), so I just needed the models to go on it. The time had come to get going.

Well, having taken the plunge in £s I gave myself the rest of the year to get all my force together, paint it and be ready for a game... against whom I’m not sure yet, but I’ll persuade somebody.

Well, for the pasted 5 months I’ve kept up the project, a few evenings here and there, the occasional full sunday afternoon of sticking, spraying and painting... and I’ve final arrived. Rommel’s boys are ready for action, so here they are. I really wanted a battered look - dusty and battle scarred veterans was my plan, with lots of stowage and captured vehicles, etc. 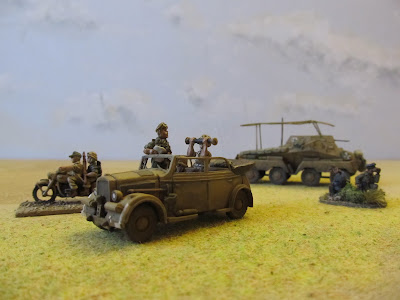 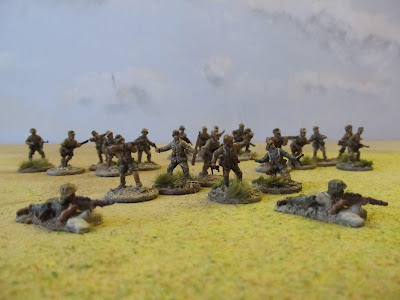 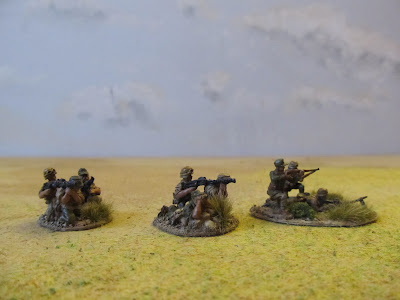 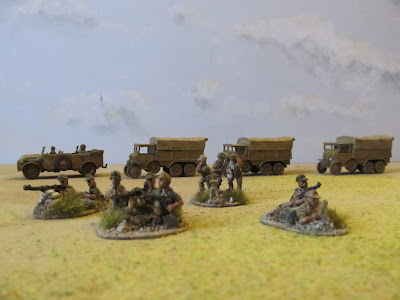 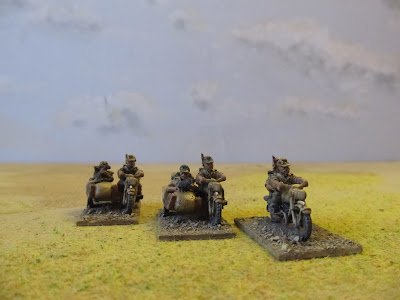 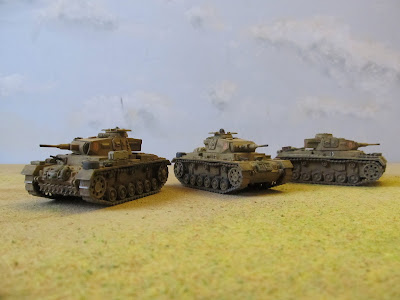 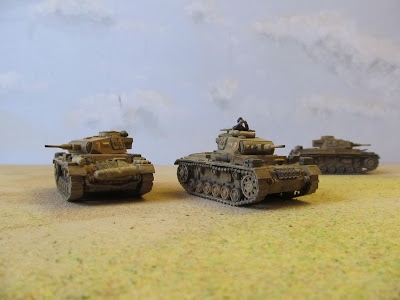 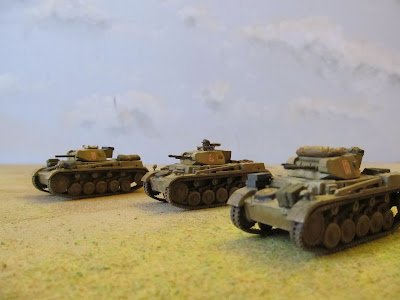 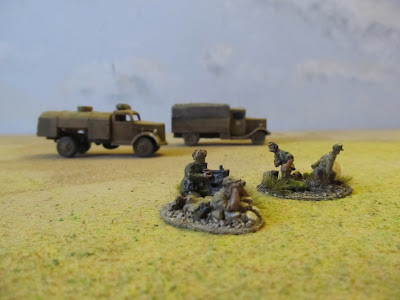 Artillery; well the FOOs and their radios (Brittania and SHQ), and supply trucks (Academy kit and Frontline truck? - it's a freebie given to me so I'm not sure, still a spare truck can always find a home). 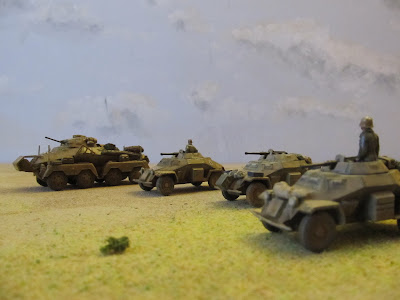 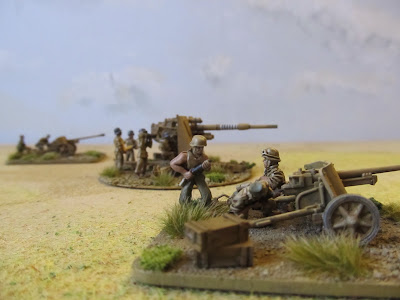 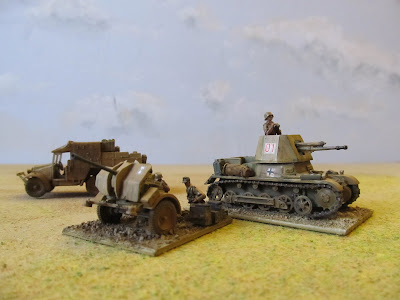 That is not to say I’m done (like any army ever really is). But, it’s enough as ‘phase one’ of the project to get a good sized game from. Other stuff will be needed, especially a desert-camo Stuka and some artillery (other than off table that is), a second Schützen platoon and maybe a second 88. I’d really like to do a few Italian allies too, not a full army, maybe just an infantry platoon and a few tanks, for a change and to expand the force without too much replication. But for now, this project is done... time to think about the next one (maybe some desert Brits? or, a far more ambitious American Civil War army, big job that).