Two days spend in tough frontline action at the Derby convention, and it has been a great weekend. I'll write up a AAR for our sunday BGO 'Panzer Lehr at La Charlemenerie' game, along with a scenario and force lists (as requested) so others can try the scenario. A top game was had... and massive thanks to all the people who came over to play or just say hello on Saturday.

But, in our short breaks, I took some photos of other games that caught my eye, so thought I should share them. Just pure eye-candy, but some cool idea for games in evidence. The Derby Club's Battle of the Marne game looked very pretty,whilst the Mons game was impressive for shear size and ambition. 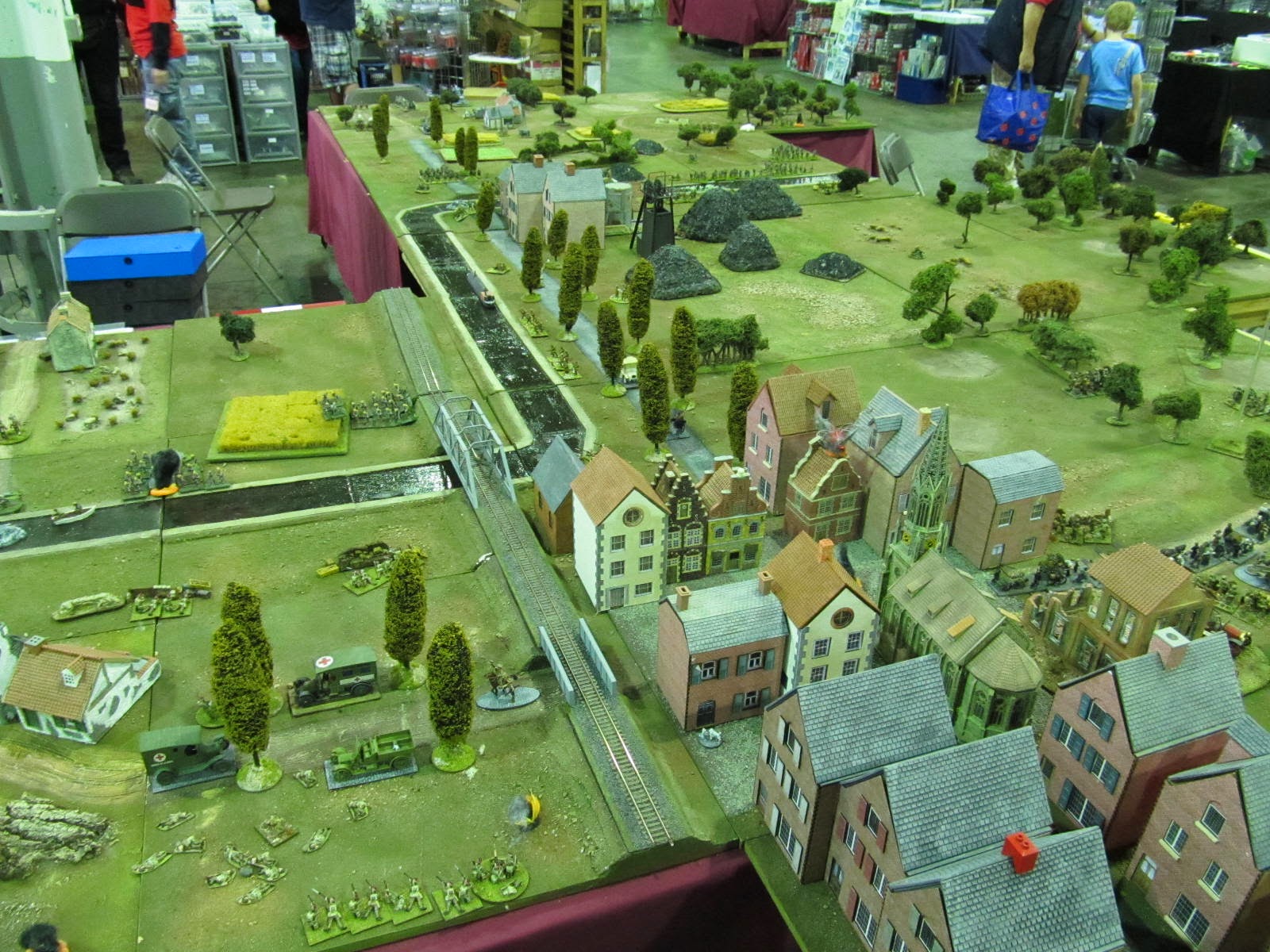 The Mons tables, disappearing over the horizon.Not sure 28mm is the scale I'd pick for this size of battle. 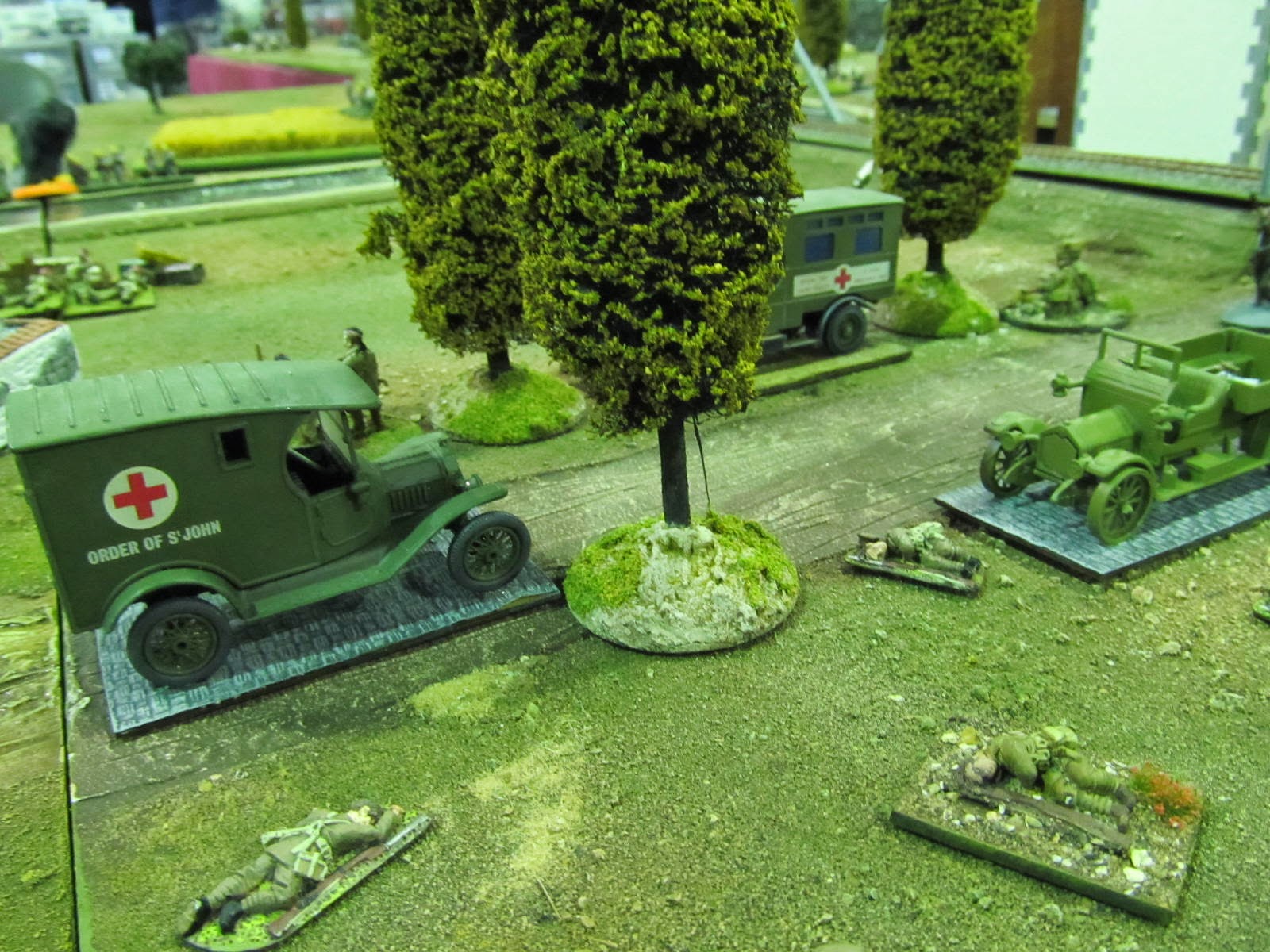 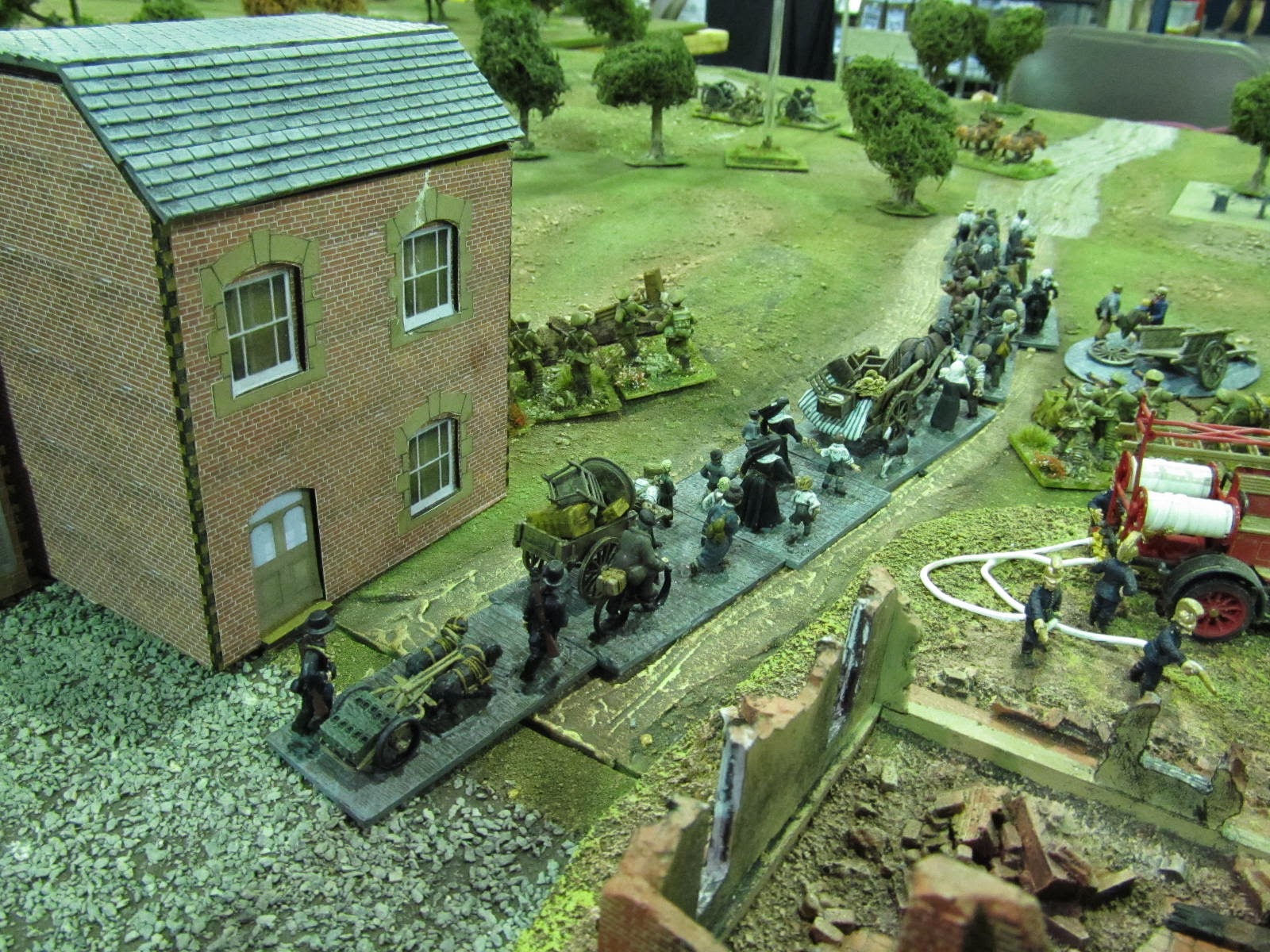 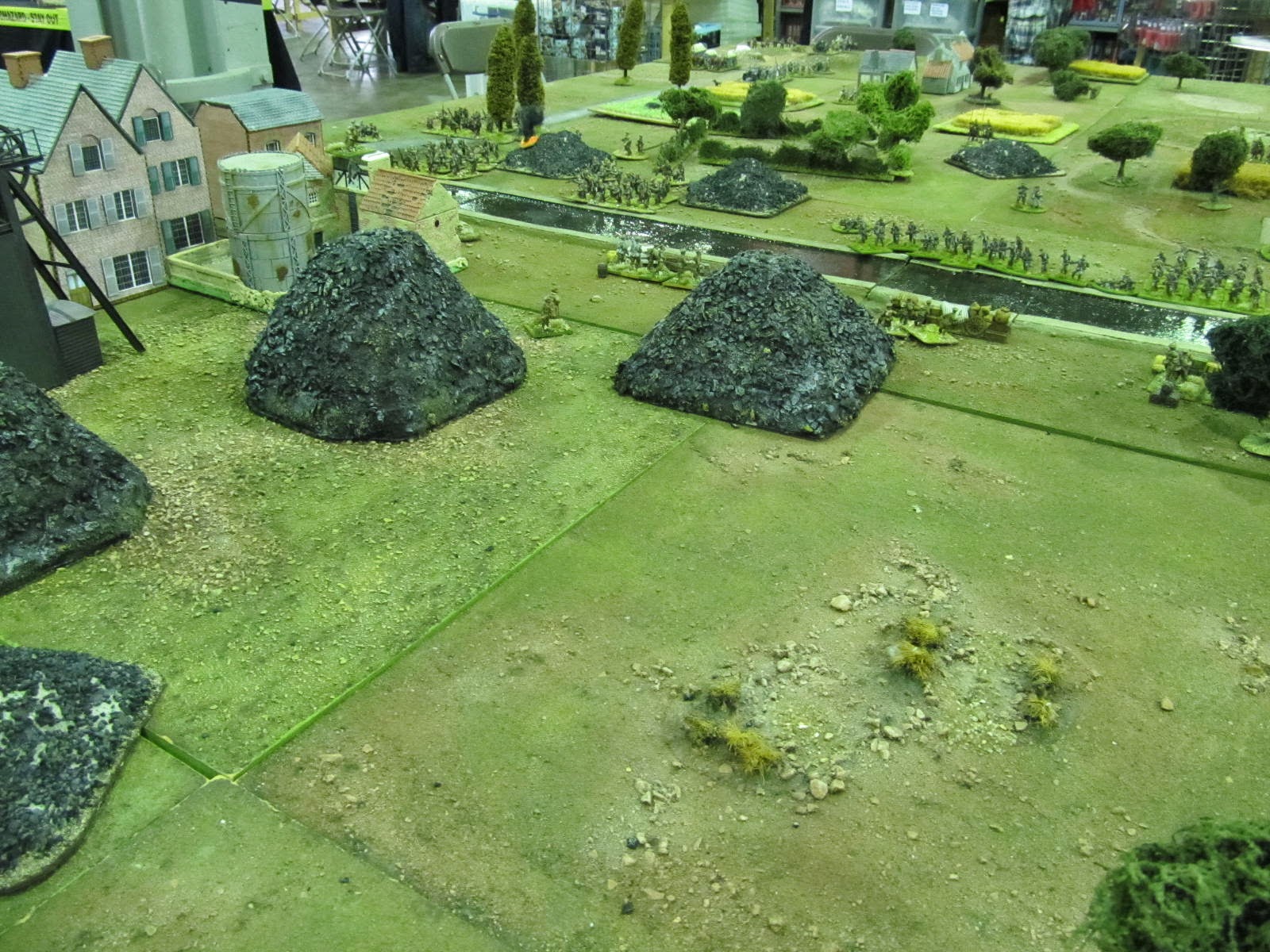 Slag heaps and Germans on the canal 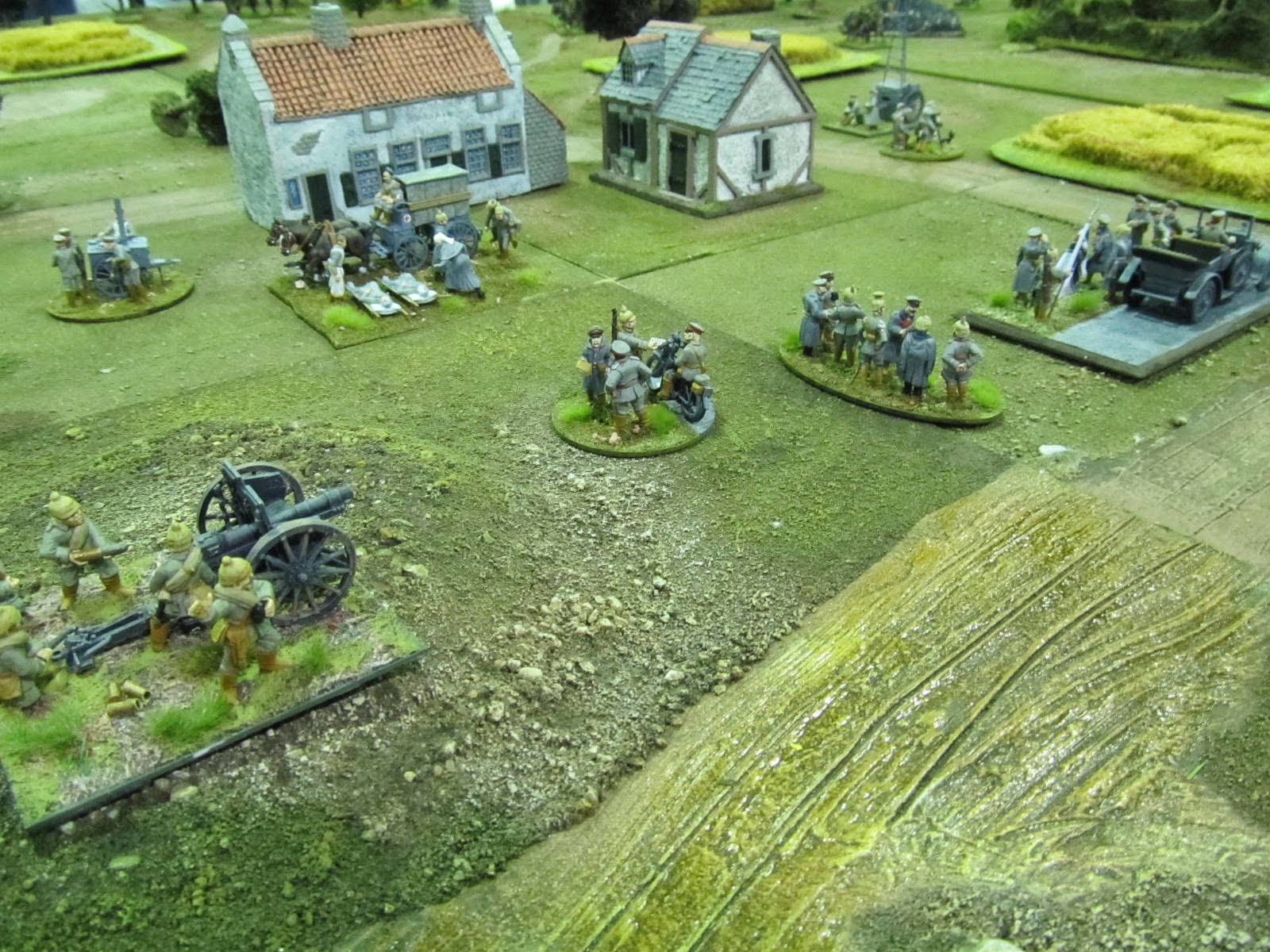 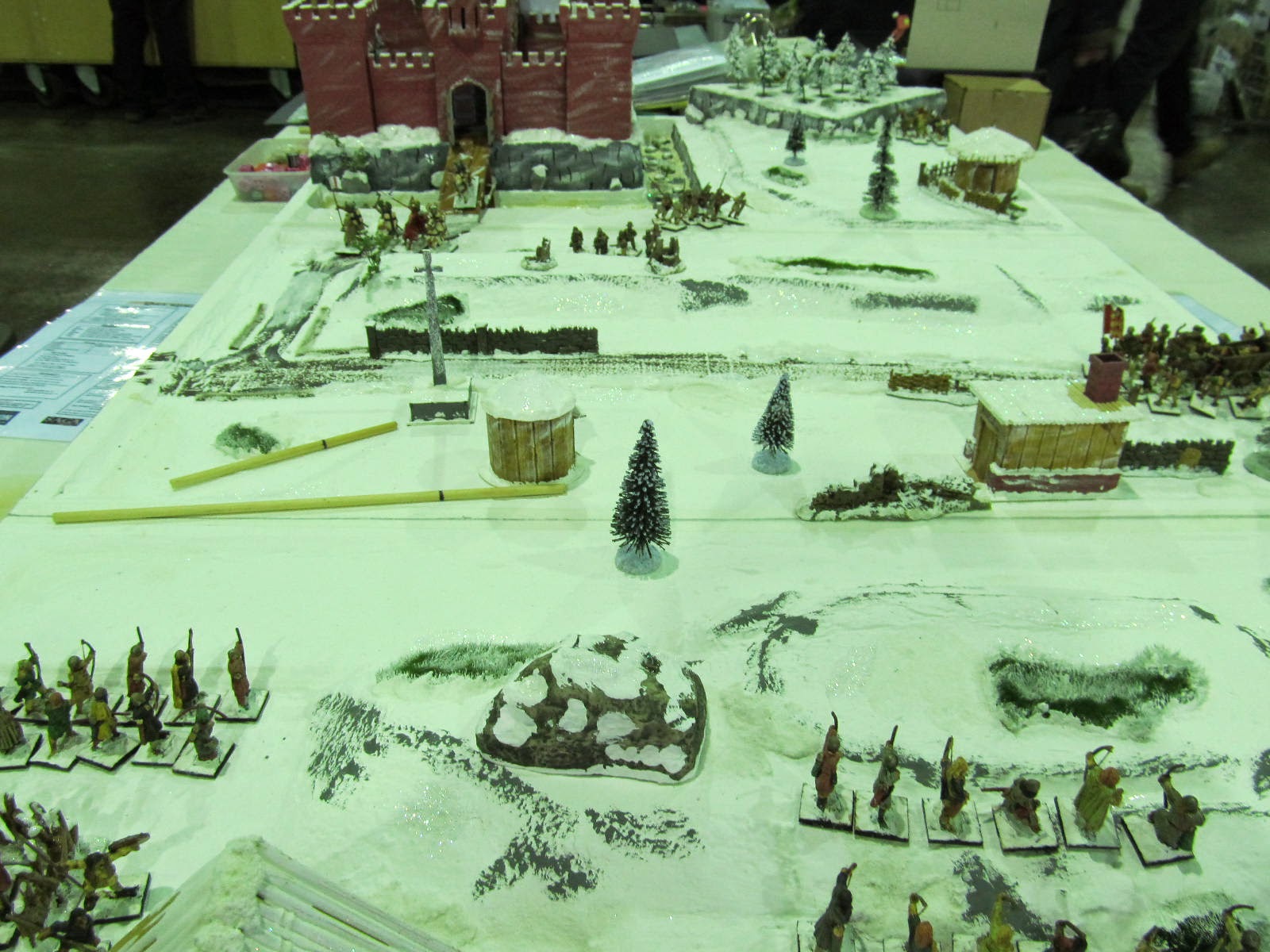 Crusaders sally into in the snow in the Baltic, from the Lance and Longbow Society 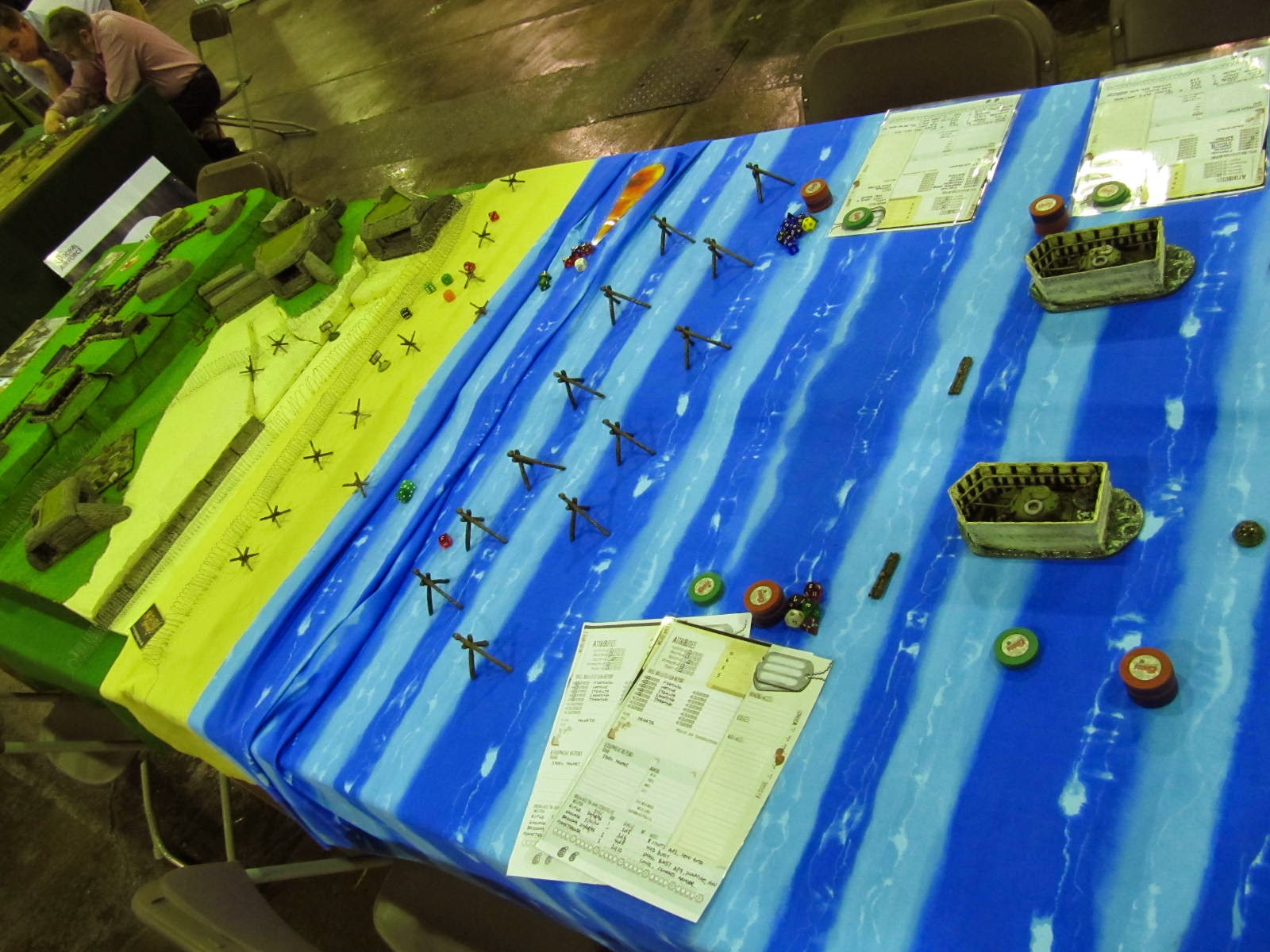 28mm D Day Landing, not sure what rules are being played here. 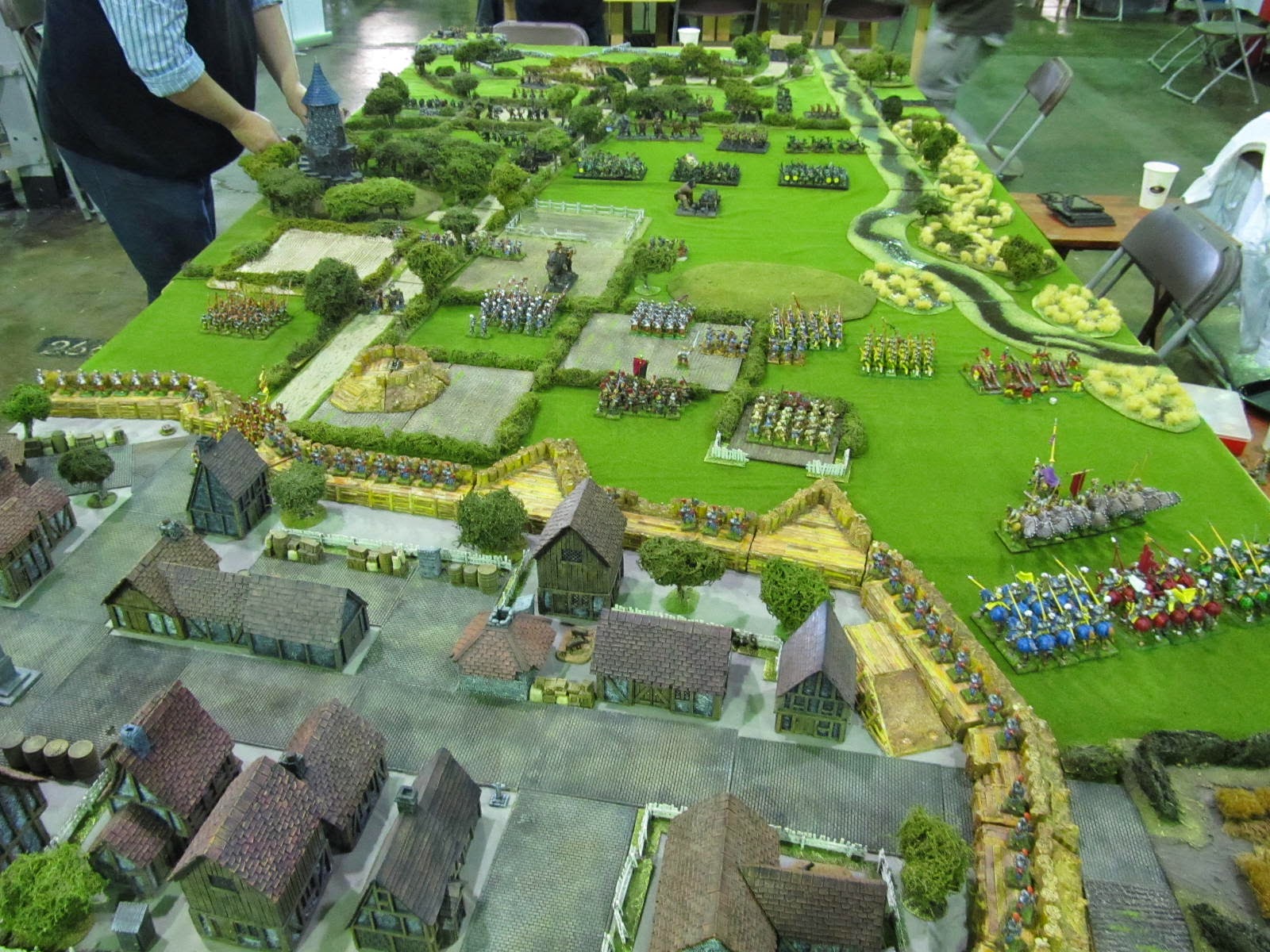 A big 'oldhammer' battle, Empire holding the town vs Orcs. 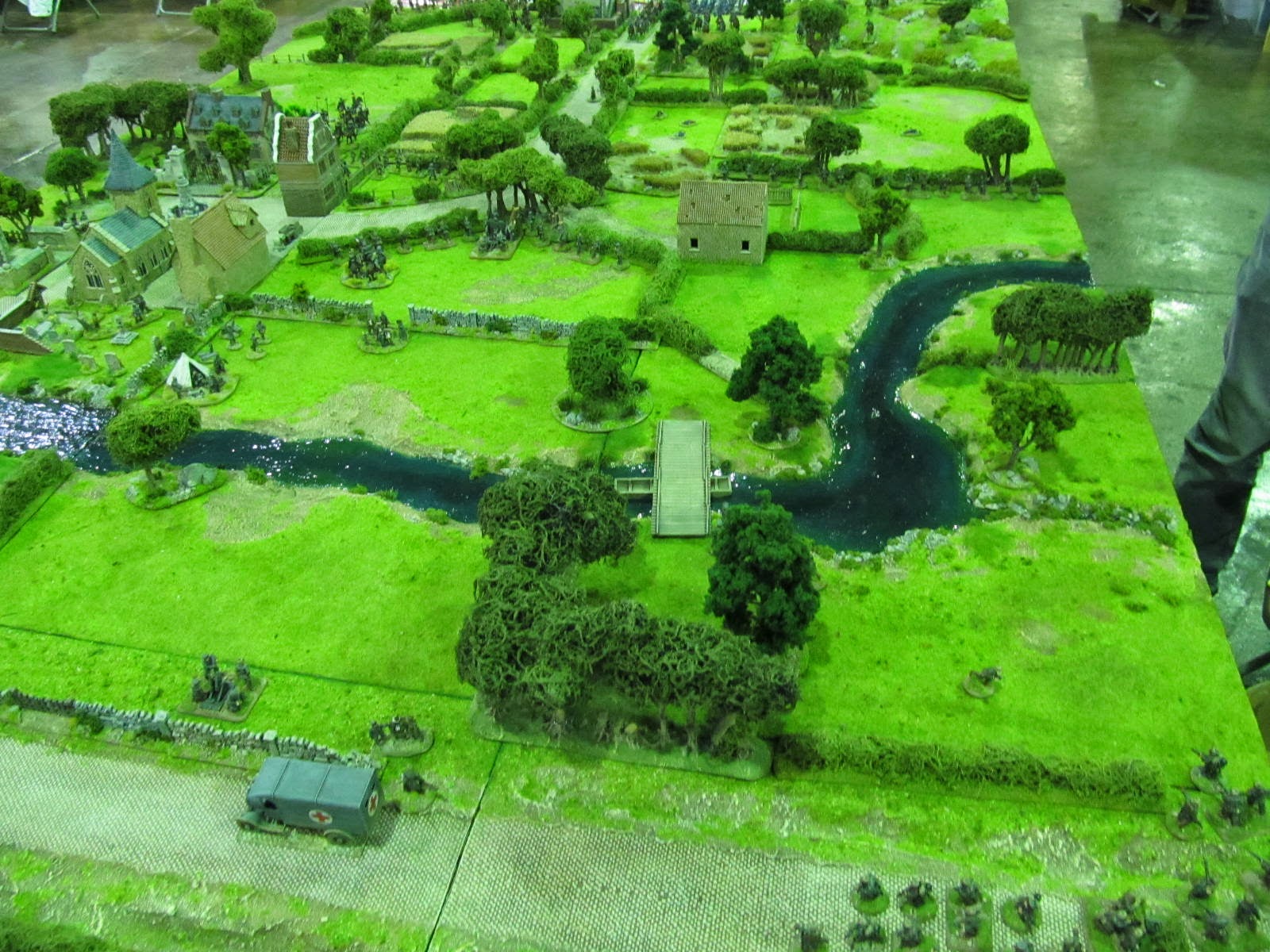 Battle of the Marne, lovely tables 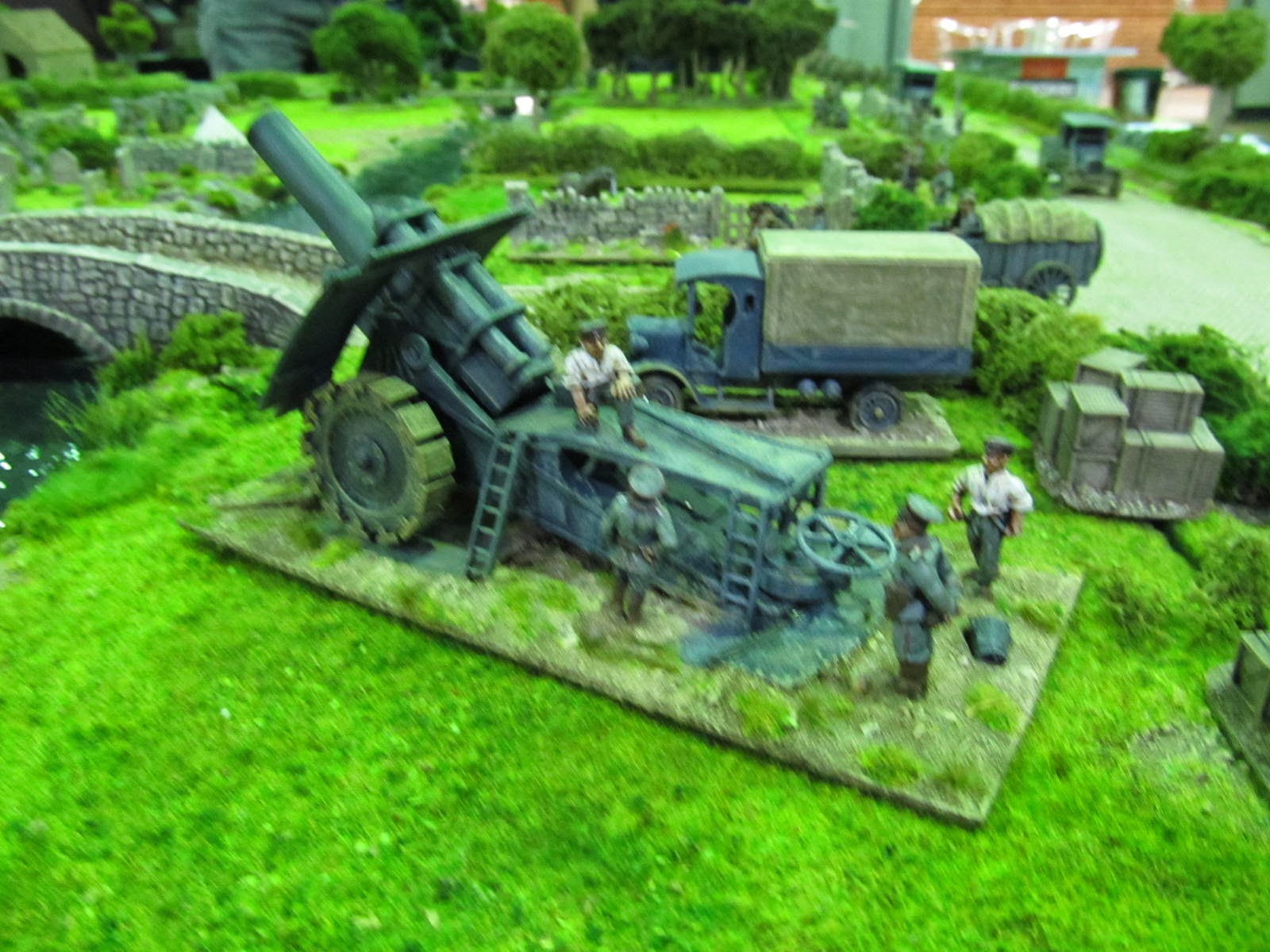 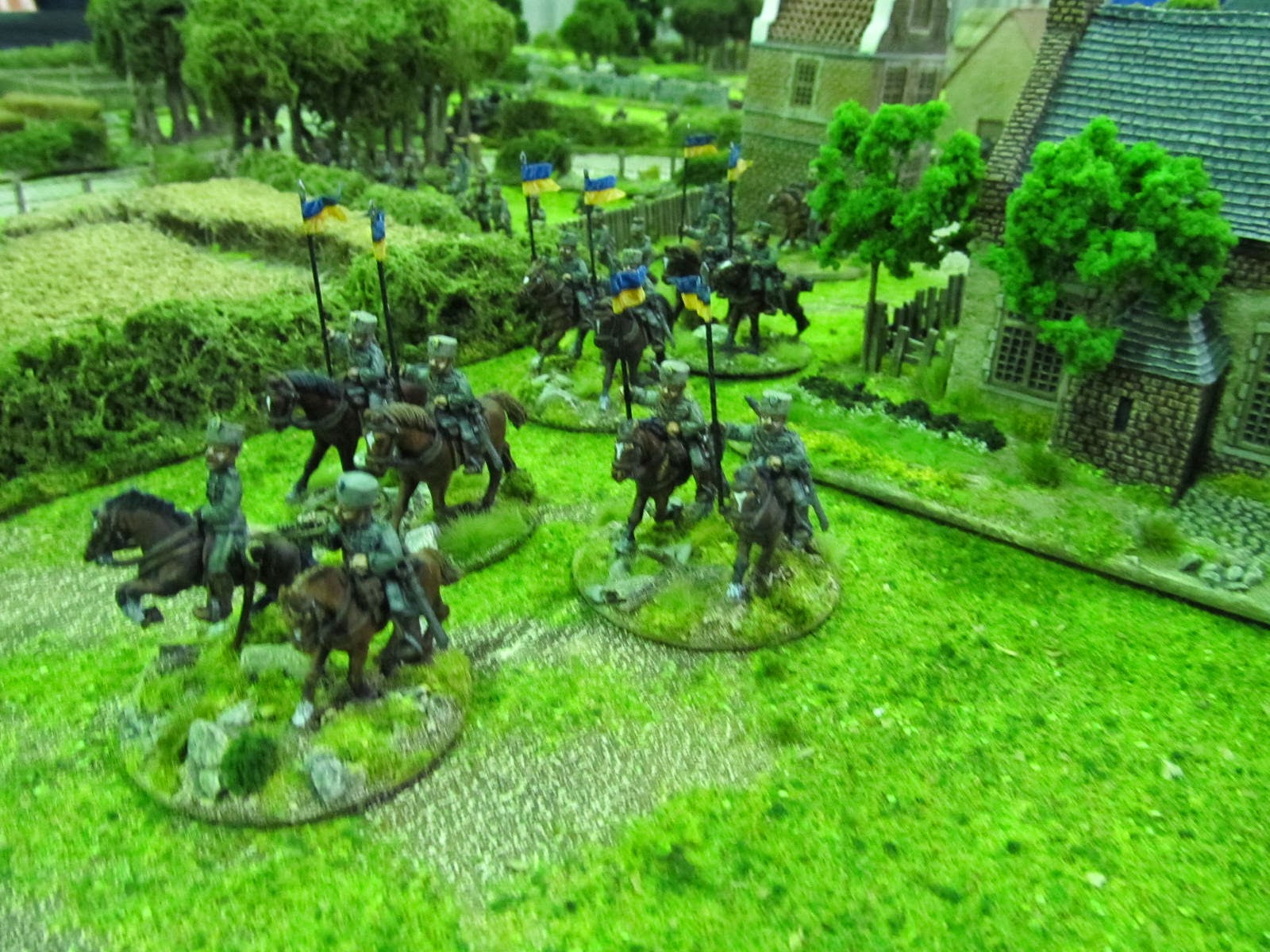 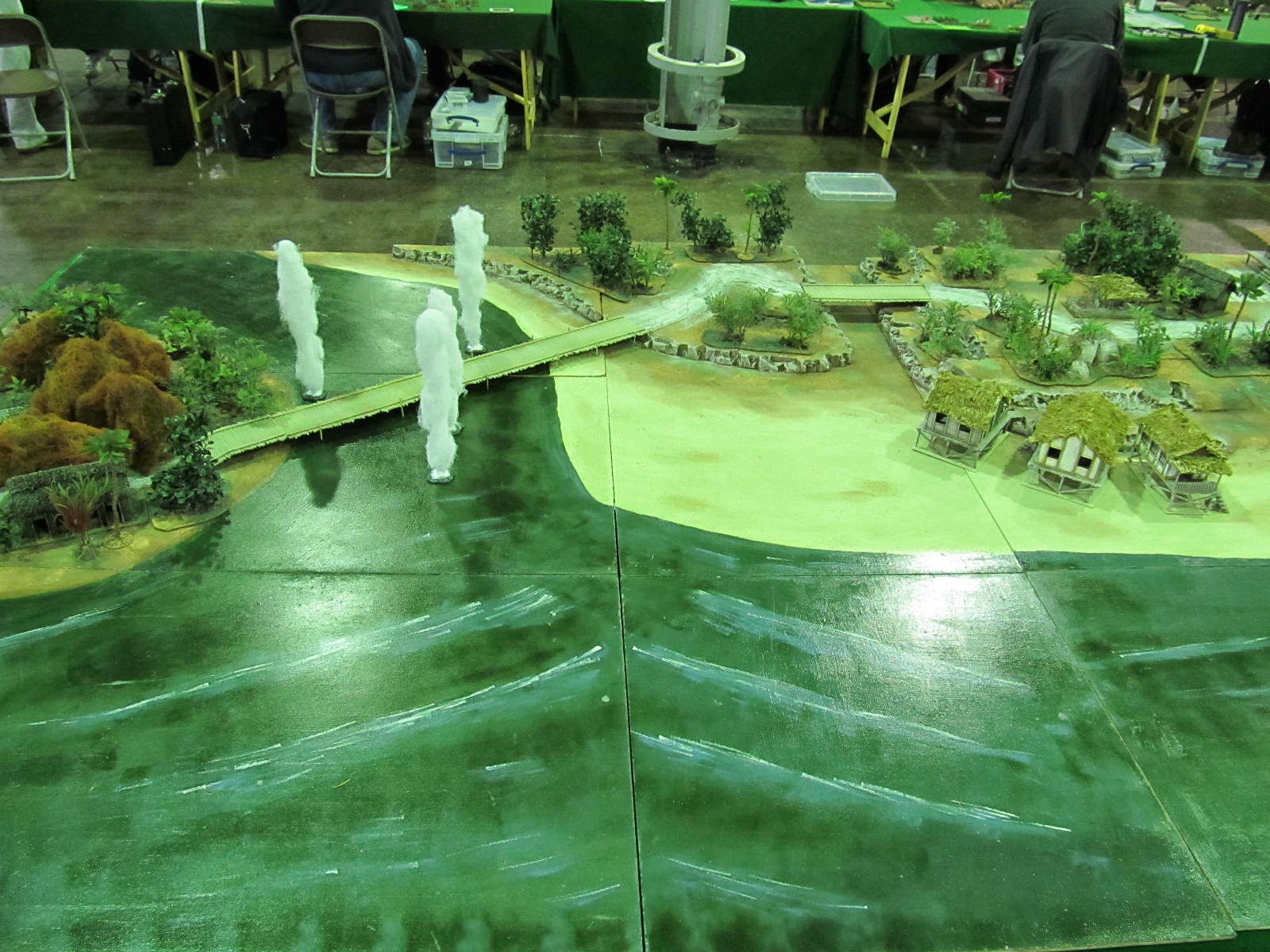 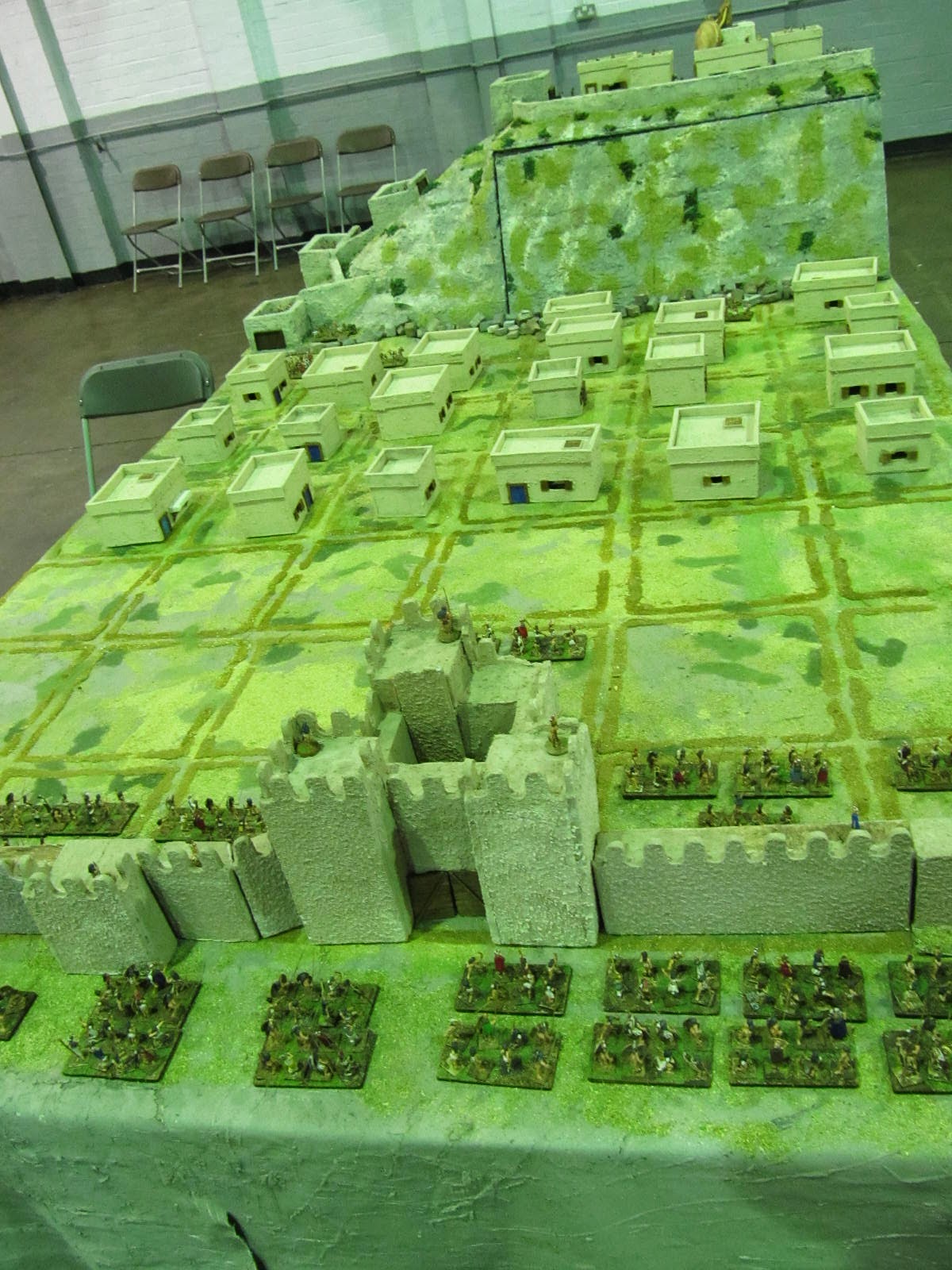 I think Amazons were assaulting Athens in this game... a bit wierd. 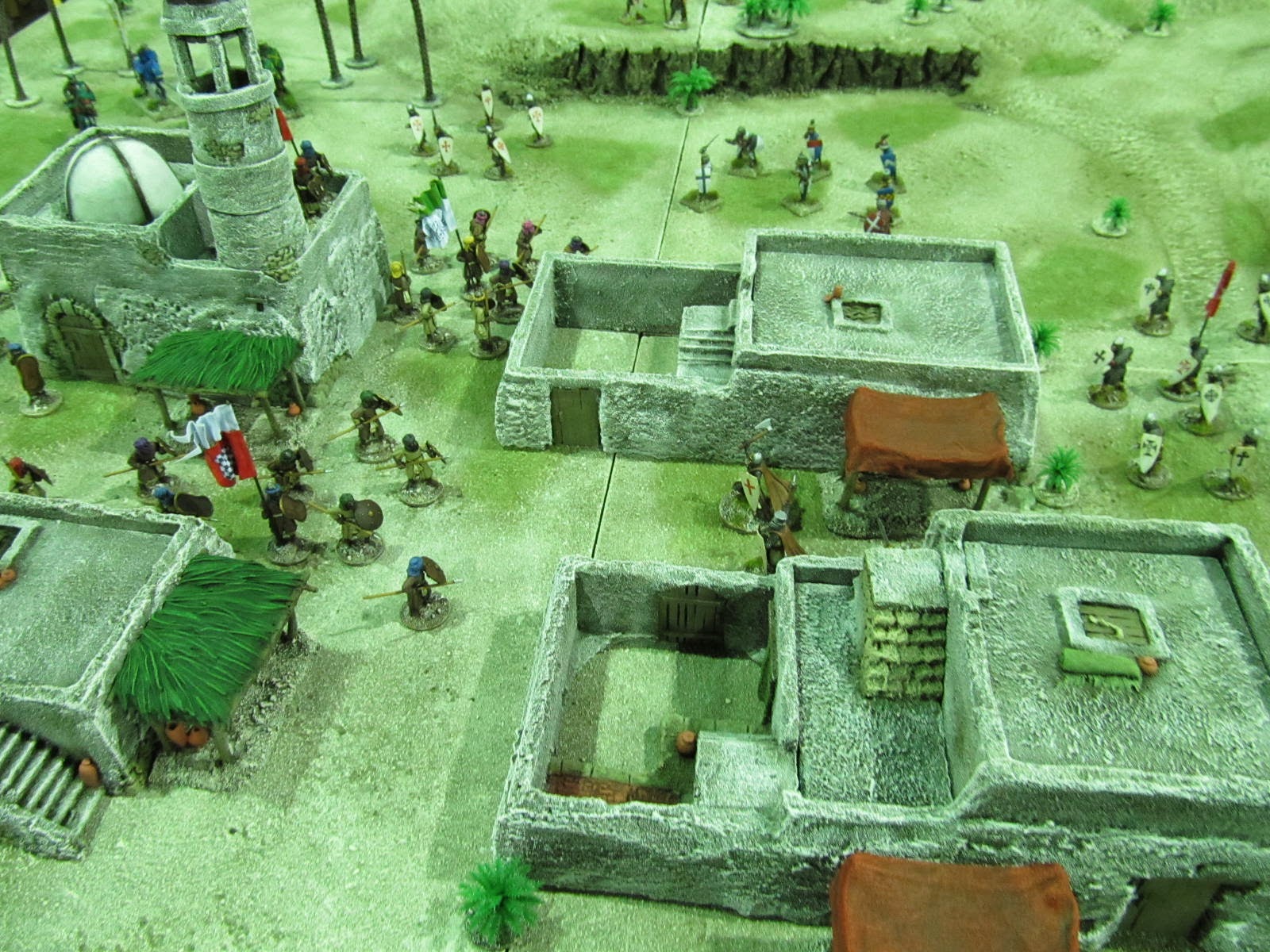 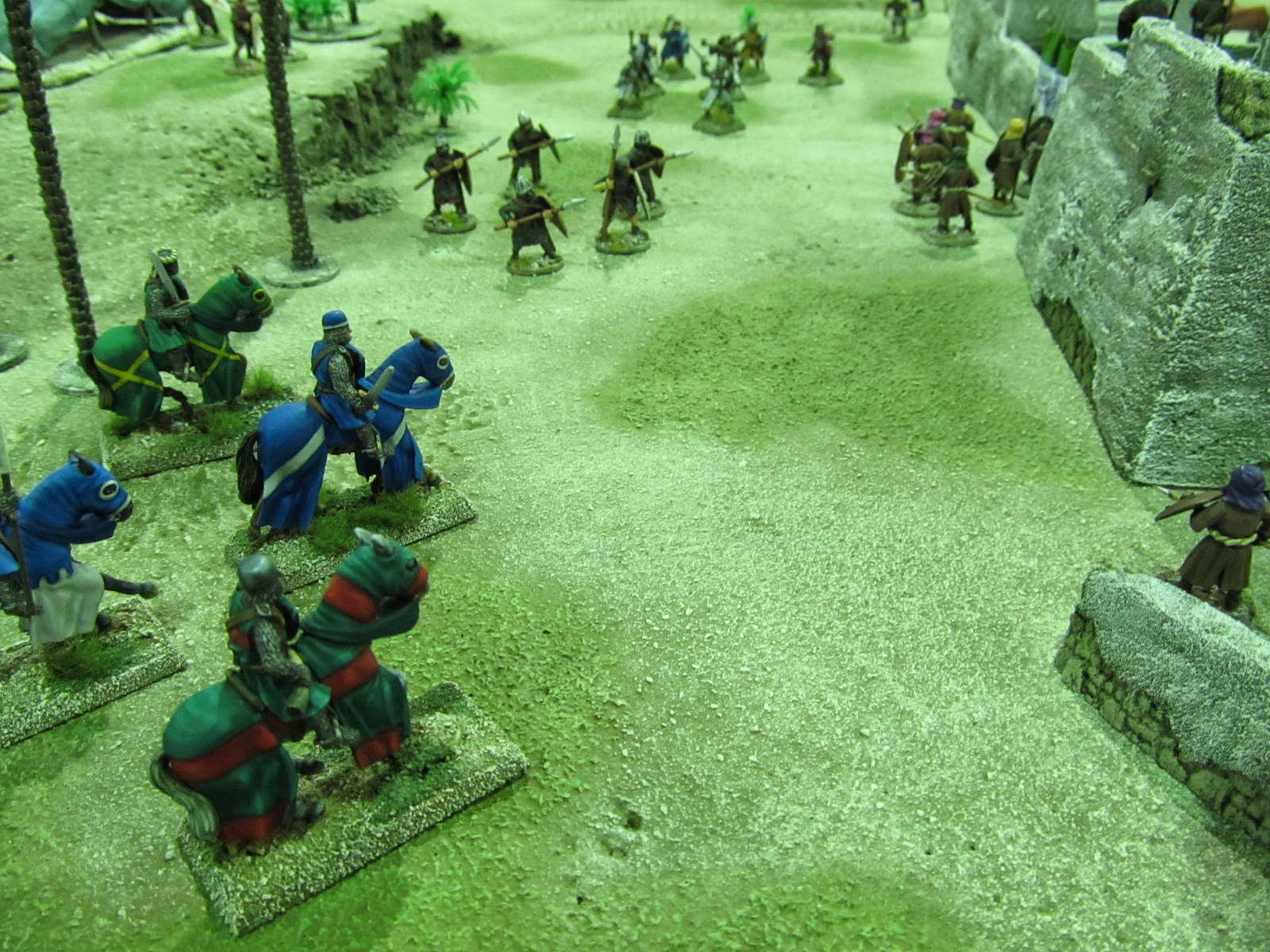