2015 looks like a busy year, with 3 books to produce (and 3 to write). The first book is almost complete, Battlegroup Blitzkrieg is now well on its way to completion and should be with the printers in February.

Alongside ‘work’ work, I’ve decided that I shall use this year to start, and finish, my 8th Army 1941 project. My Afrika Korps and Italians are all done and dusted (literally) and awaiting their opponents. So, I’ve made a start on collecting the first infantry platoon (Australians) and some vehicles.

The project looks like being a fairly long one, I’m starting a new WWII army from scratch (my 8th coincidently). So far the infantry have come from Wartime miniatures (via Elheim), Foundry and Lancer. I like to use different makes and mix them all altogether, to get a wide variety of poses. At 4’ from the table, slight differences in size or sculpting style just don’t show and they don’t bother me anyway, I’m 6’6” so a miniature of me would look completely out of scale. I also have a preference for prone and kneeling models, mainly because they look like men actually in combat and close contact to the enemy, rather than behind the lines or under no threat. It’s not possible to do them all prone, and some upright or sprinting men helps the look on the tabletop, but prone figures do look ‘right’ when the rounds are flying!

The first work has been on my 25pdr battery, Italeri kits. Kit making isn’t any wargamer’s favourite thing, but these are nice kits (except the crew, which will be replaced by metal) and you gotta love Morris C8 quads, surely one of the coolest British vehicles of the war. Fast build kits will be the way forward, and some die-casts where possible, but these guns will probably be the fiddliest bit of the entire army (so get it out of the way first is the plan).

Fiddly kit construction has begun... 5 hours so far for these, with a first undercoat for the interiors of the quads. I don’t often go for on-table artillery, but in the desert I mainly want them for direct fire at the panzers.

I already have my 8th Army shopping list sorted for shows through the year, so roll on Vapnartak and WMMS. 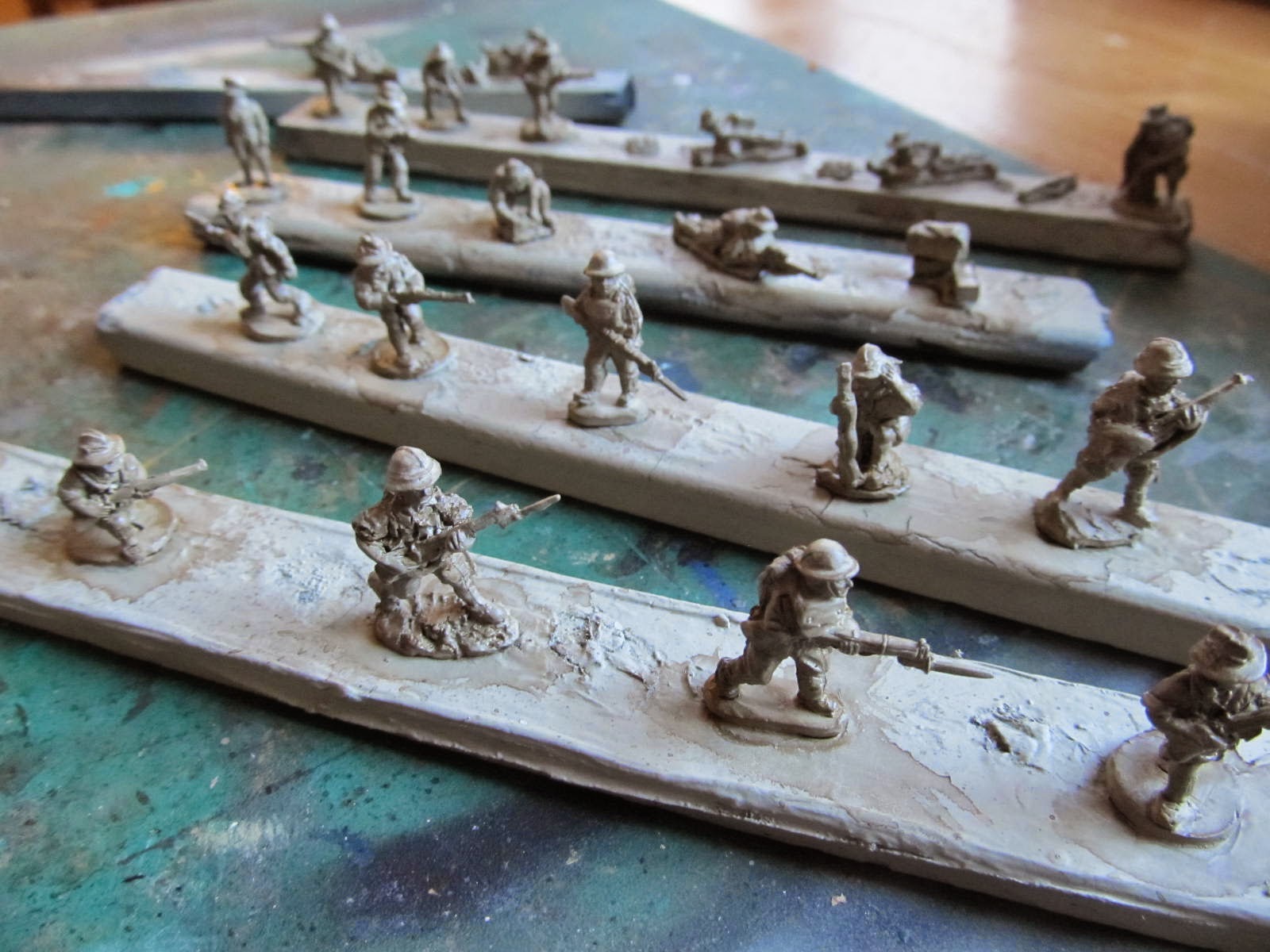 The first batch of infantry. Undercoated using Halford's spray camouflage range, ultra-matt light brown (very pale pinky-brown), then heavily washes in dark brown (Citadel Nuln Oil). That gives me the first basecoat to work from. Working on 25 at a time. 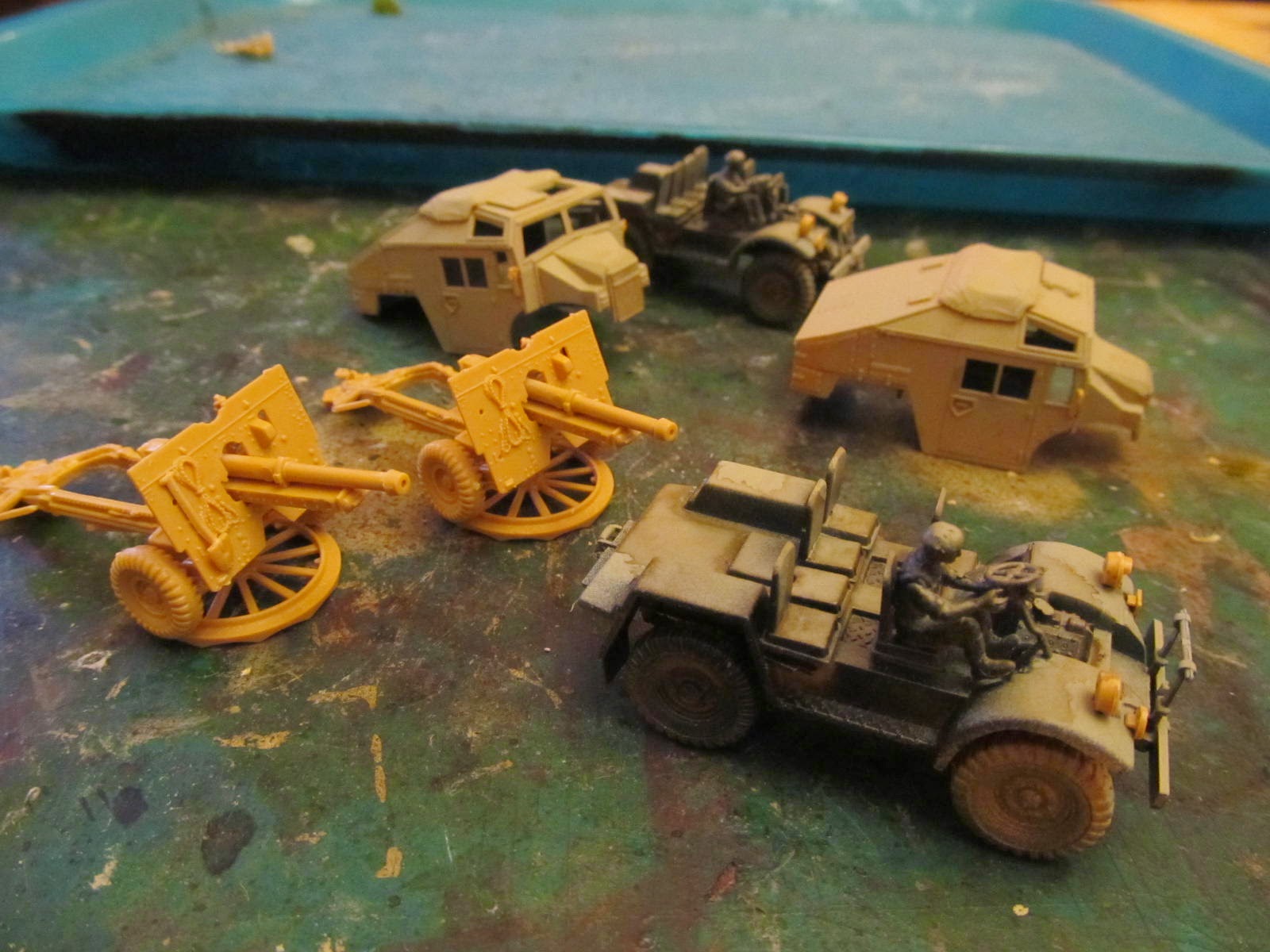 The big guns, 2 Italeri 25 pdrs on the work bench. I have changed my mind on deploying the guns on their turning wheel and pulled them off. I want to be able to have them on-tow as well as deployed.