The photos from the last battle, as promised. Now it works... who knows why? 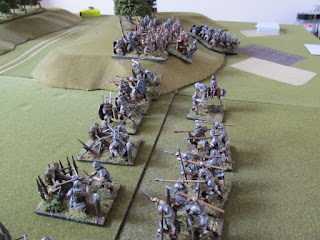 Roman centre and right, scorpios, auxiliaries and flanking cohorts of legionaries. Legate watches on from horseback. 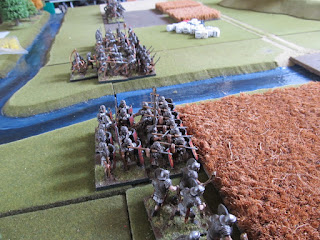 Looking towards the Roman left after deployment 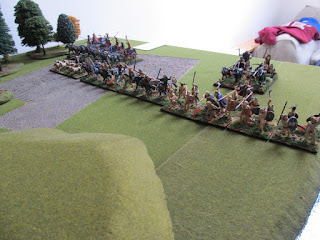 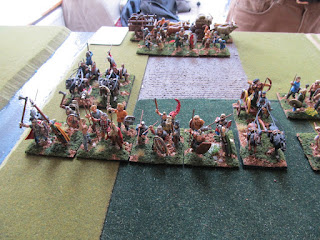 The centre, nobles, chariots and baggage carts with guards 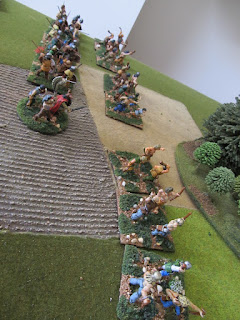 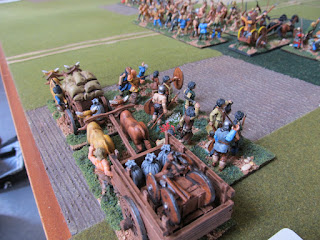 The baggage, it passed 6 tests in the game, whatever was in those carts the Celts loved it... the ale!!! 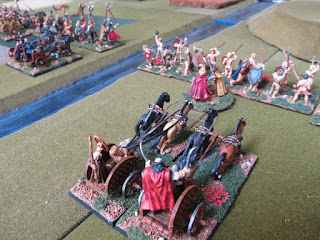 Chariots, more Fanatics and Shaman in front, charging off before everybody else. 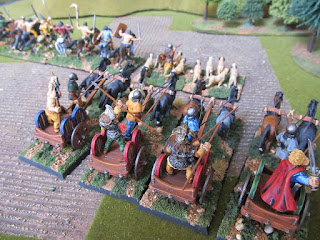 The far right... cavalry, dogs and fast chariots ready for their outflanking move. 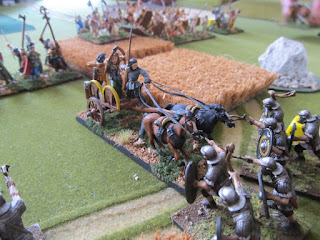 Charging fury, the Celt's divinely-chosen leader plunges into the fray first. As she should. 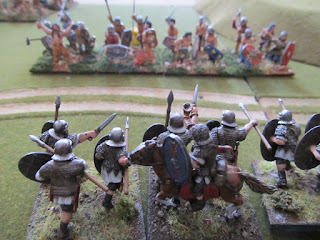 Auxiliary spears square up to barbarian warriors, and then give them a good kicking... 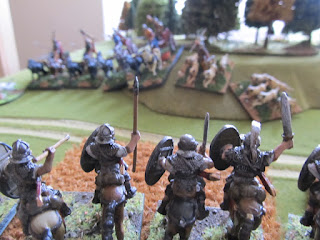 The dogs and chariots emerge from the wooded hills my own cavalry to face them. 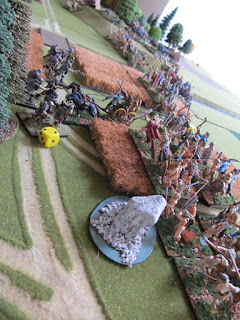 The centre's horde reach the sacred standing stone in the centre of the table. Soon it will be washed in Roman blood. 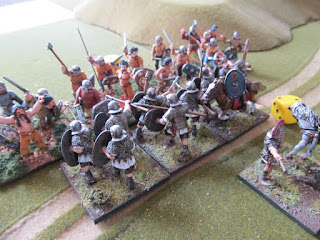 Auxiliaries win their fight, Legate commander coming up behind to lend support. Not really his job to fight, below his paid-grade... but needs must. 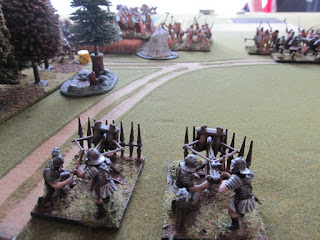 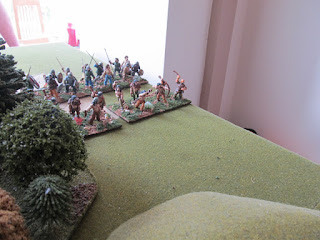 The Celt's far left, rather tardy and not so keen for the fight... barely moved. 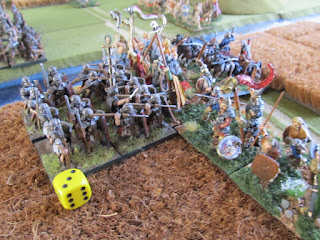 Roma Victor! In go my legionary cohort, charging the tribal nobles, the only cohort to see a melee today... my bad! Yellow dice are for disorder, this was caused by the noble's terrifying reputation. 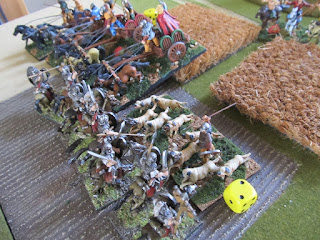 My cavalry hold up the chariots and wardogs with some a-plomb but it didn't help save the day for Rome.