Lock-down, and a great opportunity for wargamers to get busy... our hobby was made for this strange interlude in normal life and so, time to get on with a few things that would usually be shelves or forgotten about. Personally, I've blasted through my painting tray in the last weeks and find myself rather short of actual soldiers to paint, so have turned to terrain instead.

Why I built this I have no idea really, except that I could, with pieces all in the terrain bits boxes in the shed, some off cuts of foam-core saved from old projects and garden bark as rocks. Break-out the PVA and Superglue and get busy getting messy.

So, the towers are plastic Zvezda ones, long languishing in the bits box. The resin chapel-house is an old one, I what to say from Hovels, but I'm not sure anymore (I cannot remember when or where I got it), and I don't really use it these days, because the roof is cast-on solid, so putting men inside is awkward. It has now found a new home.

The plan (if you can call it that) was to make something very generic. I can use from WW2 back to medieval and for fantasy games too (maybe Lord of the Rings, I can see Gondorians holding it against Orcs). It could also do a useful turn on a Napoleonic battlefield, if I get to playing Naps again. Don't think it'll suit ACW games though.

Anyway, it took a few days of steady work, started Monday evening, did a couple of hours a day, left overnight for PVA to dry, and was done, painted with grass and bushes added on Friday afternoon. I'm calling it a fortified manor house, or the mini-castle... maybe a monastery or such-like (whatever). 28mm really, but will do in 20mm games too, at a push.

It kept me busy for bit, time to start a new project. 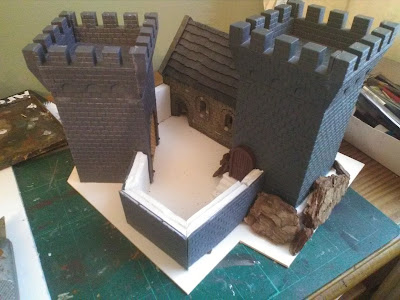 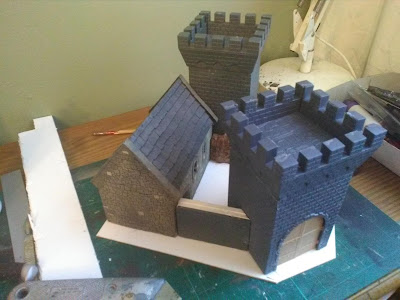 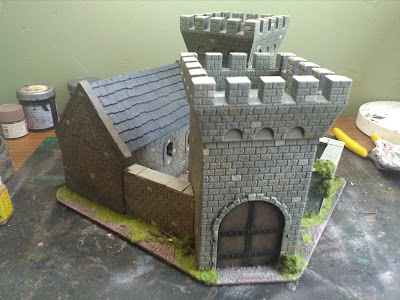 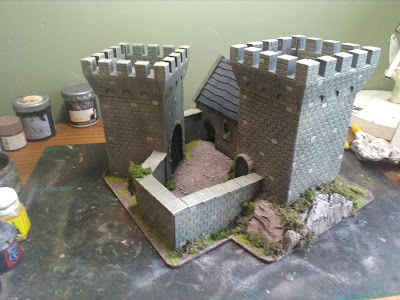 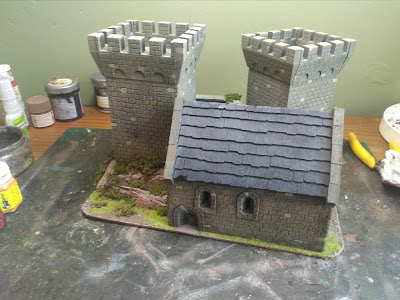 Stay safe all. Use this time well...