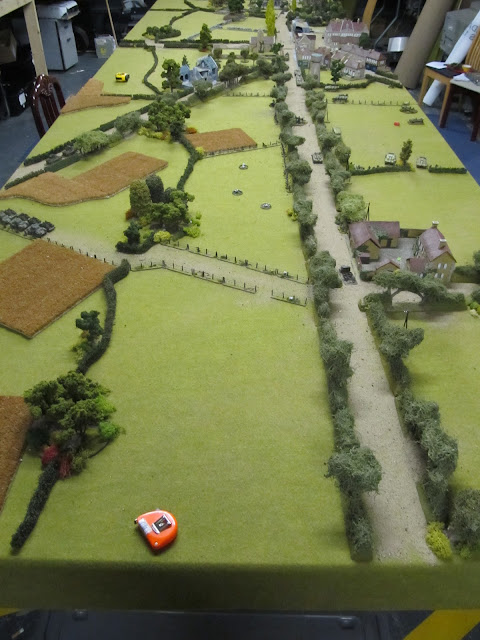 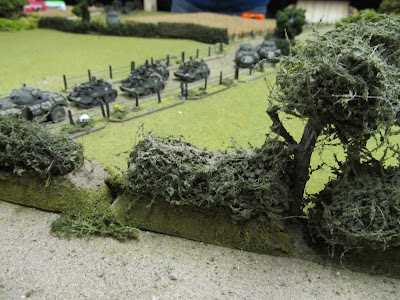 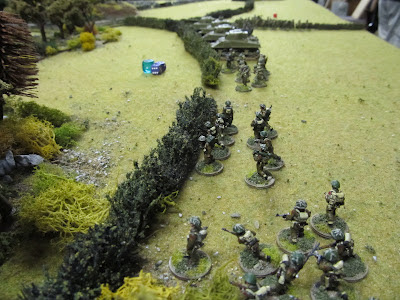 British moving up to jump-off lines 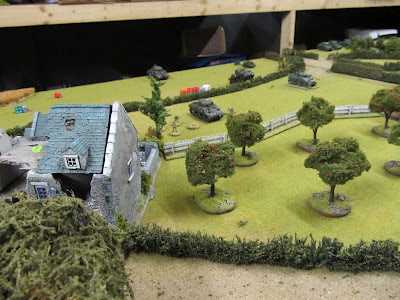 Tanks moving up past Hector Farm in the centre 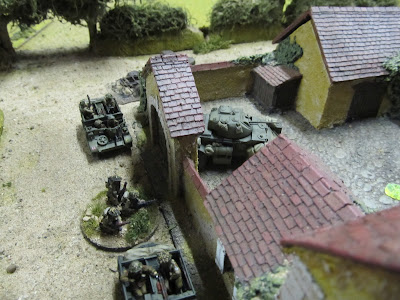 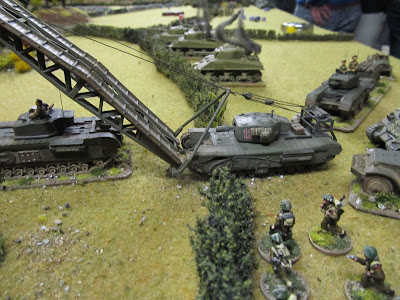 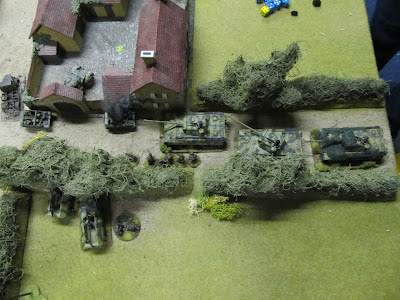 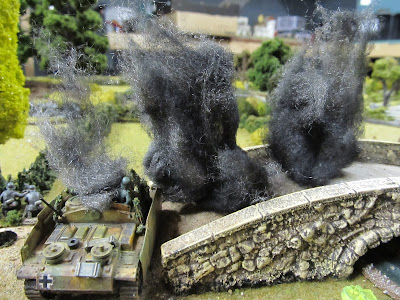 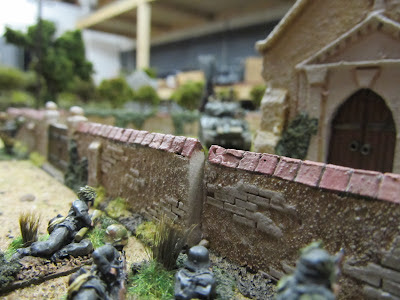 Lurking panzerfaust squad crawl up the road to destroy a Firefly 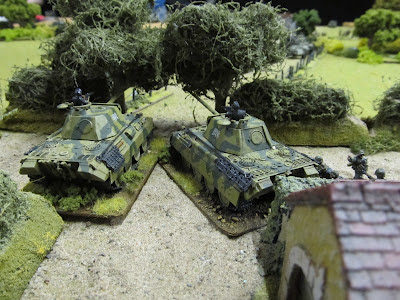 The Panthers stalled under heavy arty 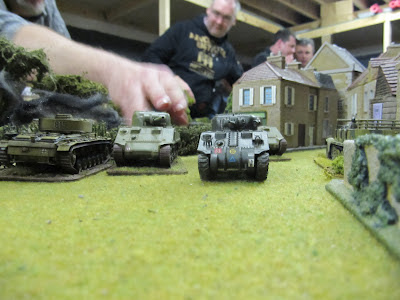 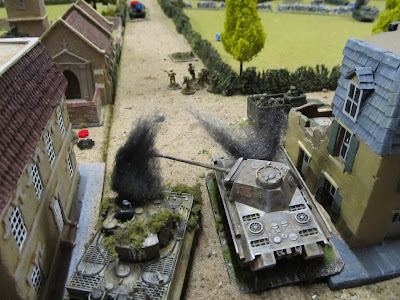 German armour wrecked on the edge of Tilly. M5 has just debussed its engineers 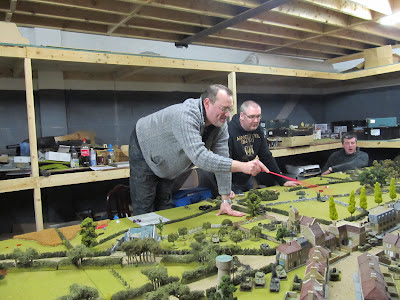 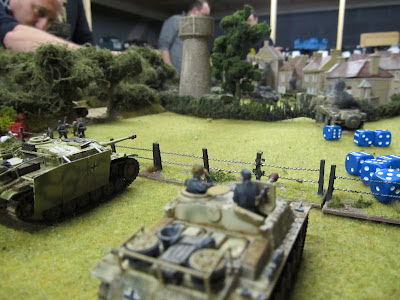 Fred's STuGs moving back to Tilly 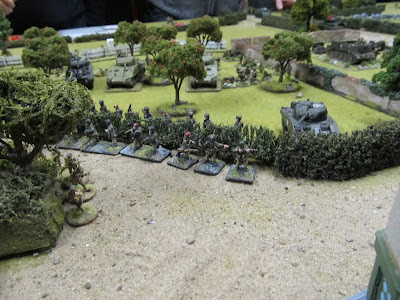 The main attack, mustering in the orchard 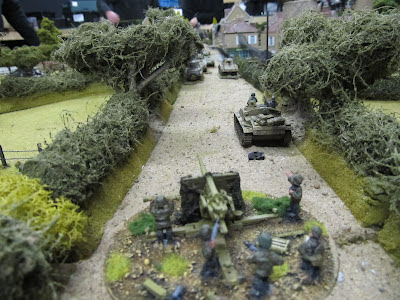 Our 88 covering the road - it missed! 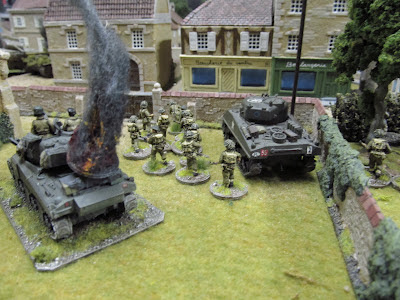 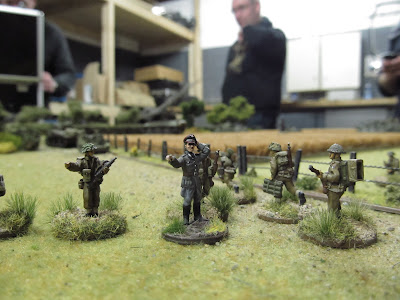