Preparing for the front

This week has seen me rushing to get everything ready for the forthcoming big game, to be fought out this weekend in Ireland. I had a few models to get finished and the rest needed re-touching, as most of my models have seen long, hard service since they were originally painted. The infantry had a few bent guns and ugly chips which have now all been sorted - got to look their best for the forthcoming battle! The standard looks rather high.

Here are a few shots of the stuff I'll be packing up for Ireland, ready to meet the British at Tilly. Still got a few bits to re-rouch, but the bulk of it is complete. It is building up to be a top game, and I'll definately post some photos here (if we win!). 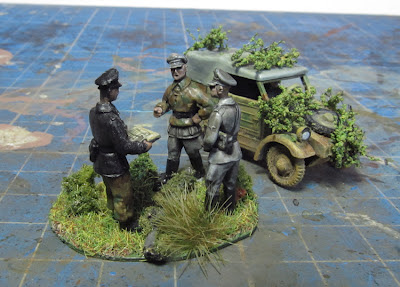 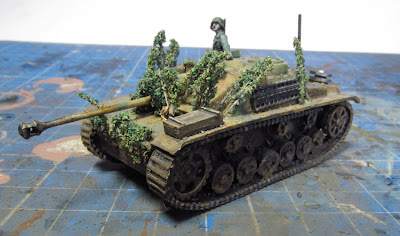 STuG. A new set of shurzen is in prepartion before heading into combat. 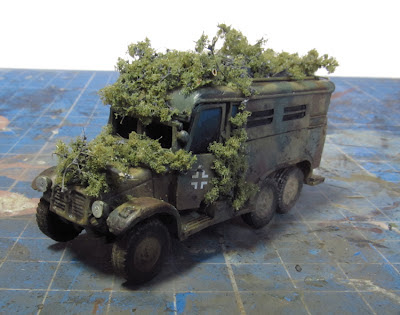 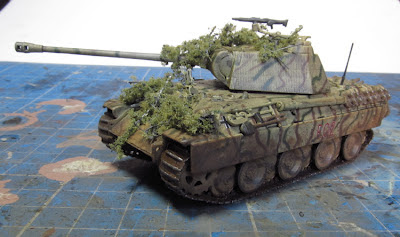 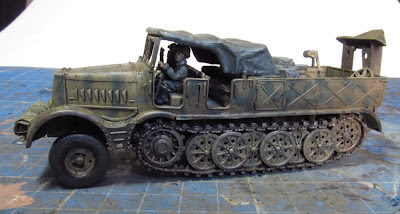 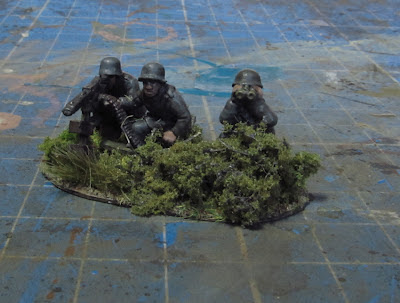 HMG team in a bush! 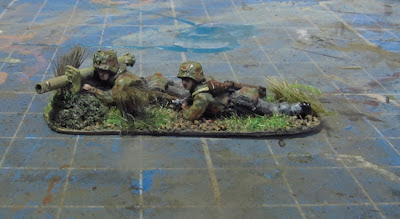 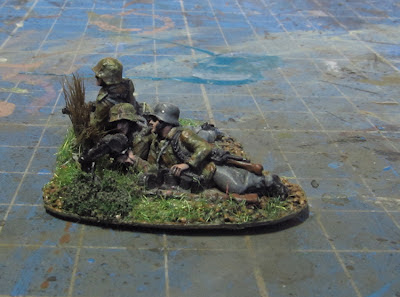 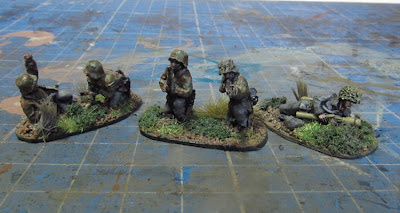 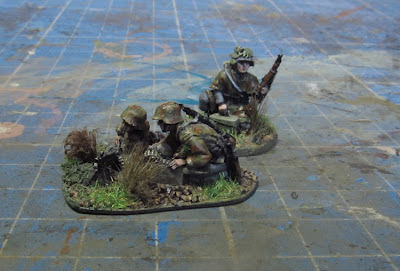 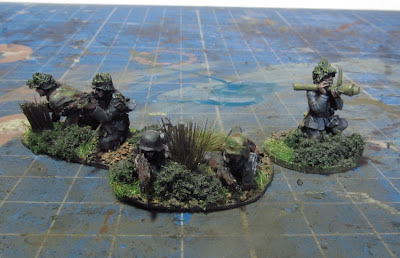 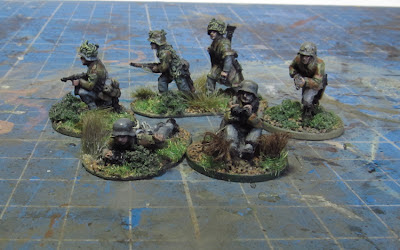 The Platoon HQ section
Posted by Warwick at 06:50