Well, with BGO a happily completed project, I thought I'd look to the future, and paint some tanks...

So, I've recently started a few additions to my Russian, US and German battlegroups, for the forthcoming Fall of the Reich supplement. Nothing radical, just some extra big stuff, which is a joy to painting. Also in the pipeline, 6 JS-IIs. 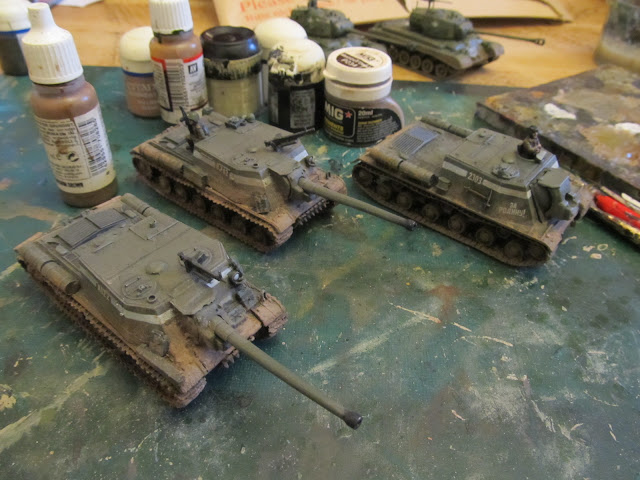 ISU-122 battery. The closest 2 are SHQ models, the furthest is a Pegaso model with an AB crewman (awaiting metal gun barrel). 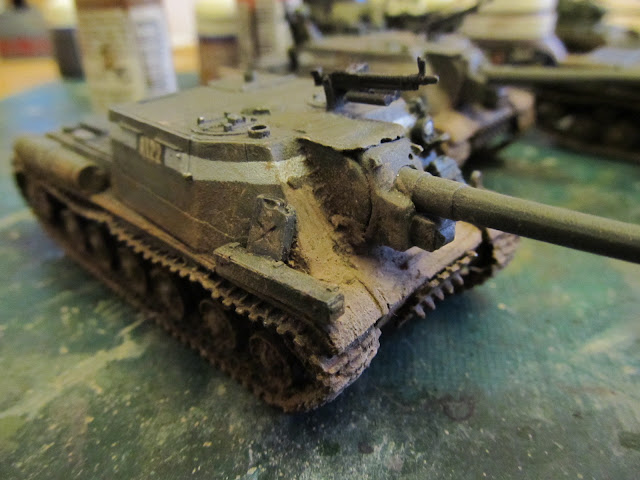 I like my tanks dirty! This ISU has just waded the Oderbruch on its way to Berlin. The mud started out as a gooey mix of PVA glue, flour and mid-brown paint, which was stippled on. After drying, MIG Rubble Dust pigment was liberally added over the top. 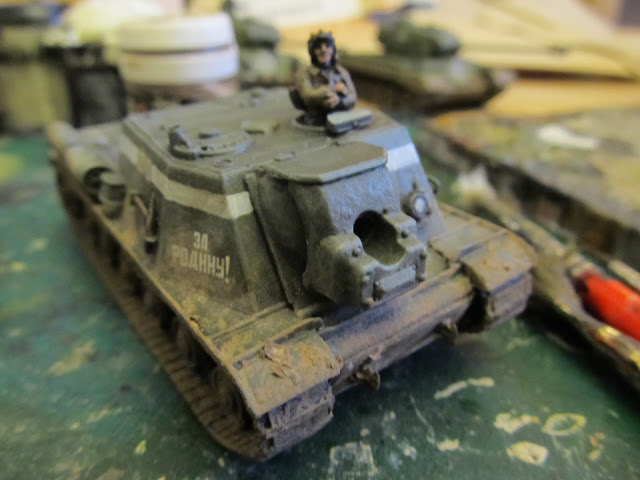 Same here. The decals are Flames of War ones, which work well at 20mm (maybe better than 15mm). 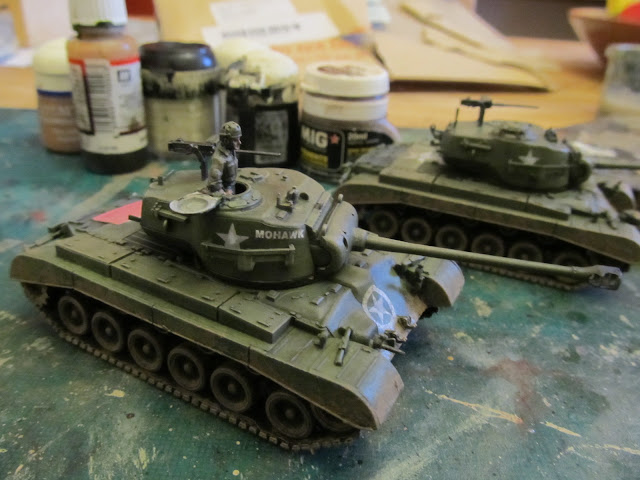 My US are getting a Pershing platoon. All are diecast ones which I've added extra highlighst to, then weathered. I started with a liberal wash of dark brown/black. Then highlighted. Then weathered again. 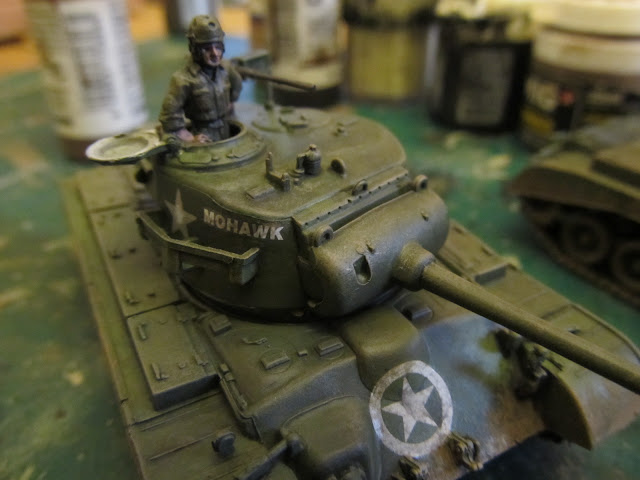 In detail. The crewman is AB again. 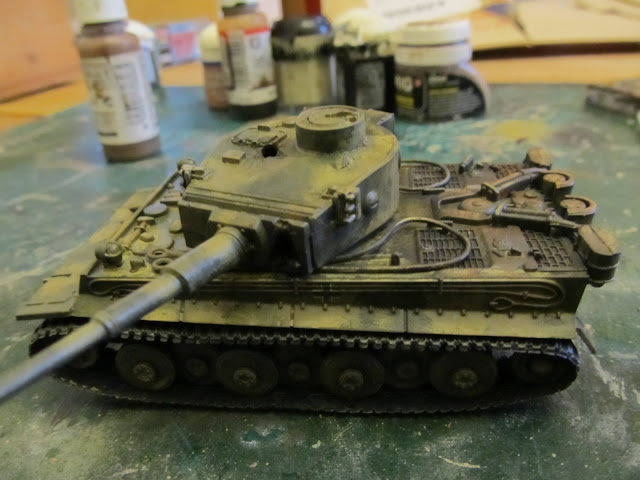 This is a new peice of terrain. It's actually a 1/72nd remote control Tiger from a game, which had stopped working. Rather than bin it, its been quickly repainted (it was grey), then burnt out. Looks like it got a rocket through the turret roof. 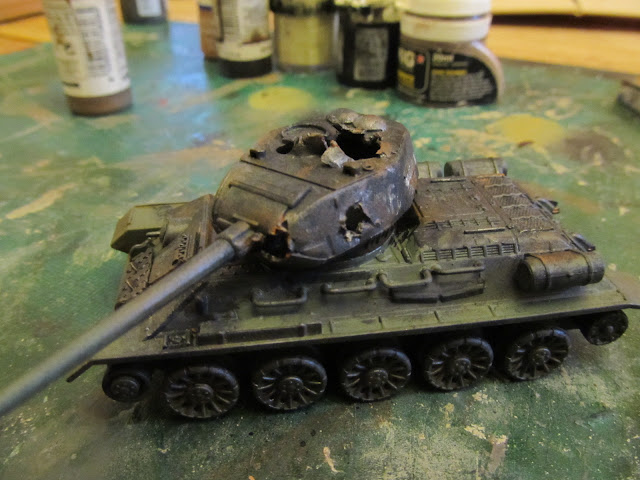 The same game included a T34/85 as an opponent. It too had been damaged in play, too delicate really. So I wrecked it as well. Major ammo cook-off! 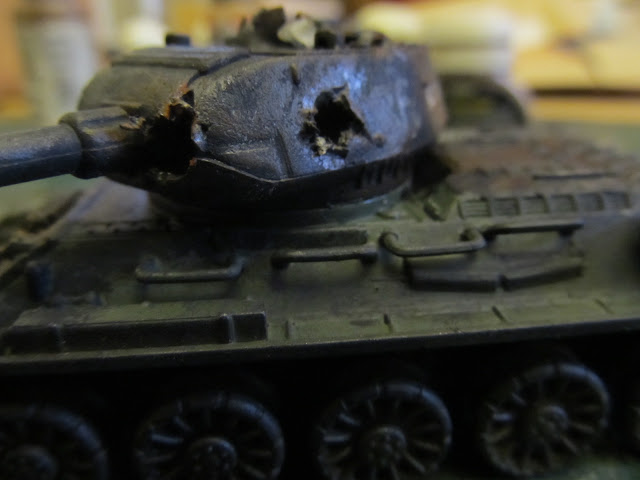 Mulitple penetrations have torn the turret to shreds. It'll look great amidst my ruined buildings. 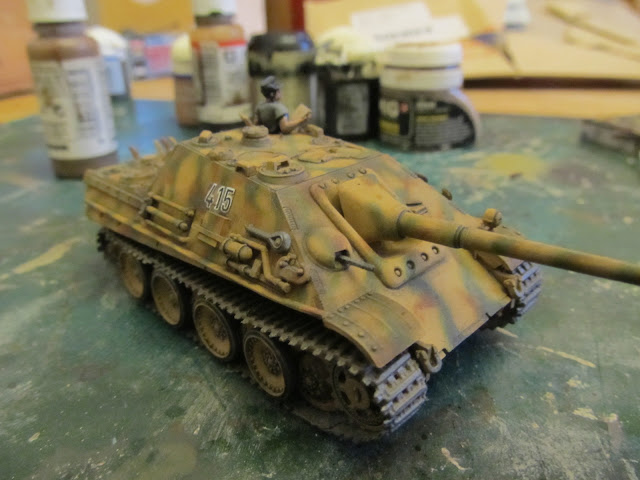 Japgdpanther, which I bought from Anthony Barton, as he was selling off some of his collection at Vapnartak in York. I love the vehicle, but have never had one for my Germans. All I've done is add a few light washes, some weathering and a crewman. It's lovely, and therefore no doubt doomed to destruction the first time it sees a battlefield. 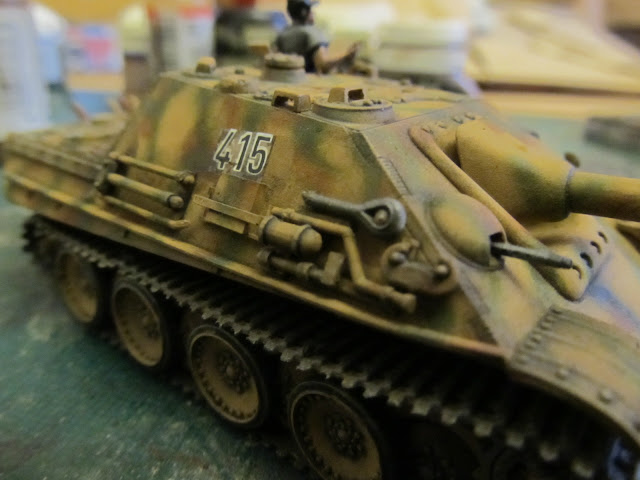 Up close. The light washes have helped bring the detail out. 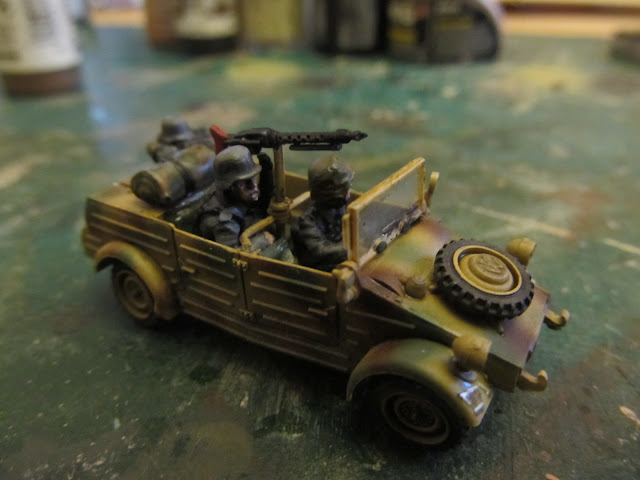 A new Kubelwagon for recce. Another Anthony Barton sell-off, with Brittania crew and stowage added.

I'm not a military modeller, my collection is for play with... I just want nice stuff to do it with. I'm also happy to take any short-cuts I can, because painting time is always tight these days. My style was recently described as ' artistically sloppy', in a nice way, which is fine by me.