Over the past few weeks I've made some progress on the 8th Army project. Photos of the completed stuff are below, but I'm also filling up the 'to-do' tray with the first 6 Crusader tanks and Vickers MkVIs. Most of the required models have now been hunted down online (no one-stop shopping in 20mm scale, which I like).

All I'm missing are the last few Ozzy infantry (Bren gunners and AT gun crews etc) and my 15cwt Chevvy for the Long Range Desert patrol. I wanted the old Matchbox (currently Revell) kit but its rare as hen's teeth, and my Google-fu has failed me (if anybody has one message me!). It might have to be the expensive and awkward Dragon kit instead. Also, I need some suitably swathed men to crew it, perhaps some Arabs from a WW1 ranges will suit. Must investigate.

Anyhow, enough of what is still do to, this is what has been done. 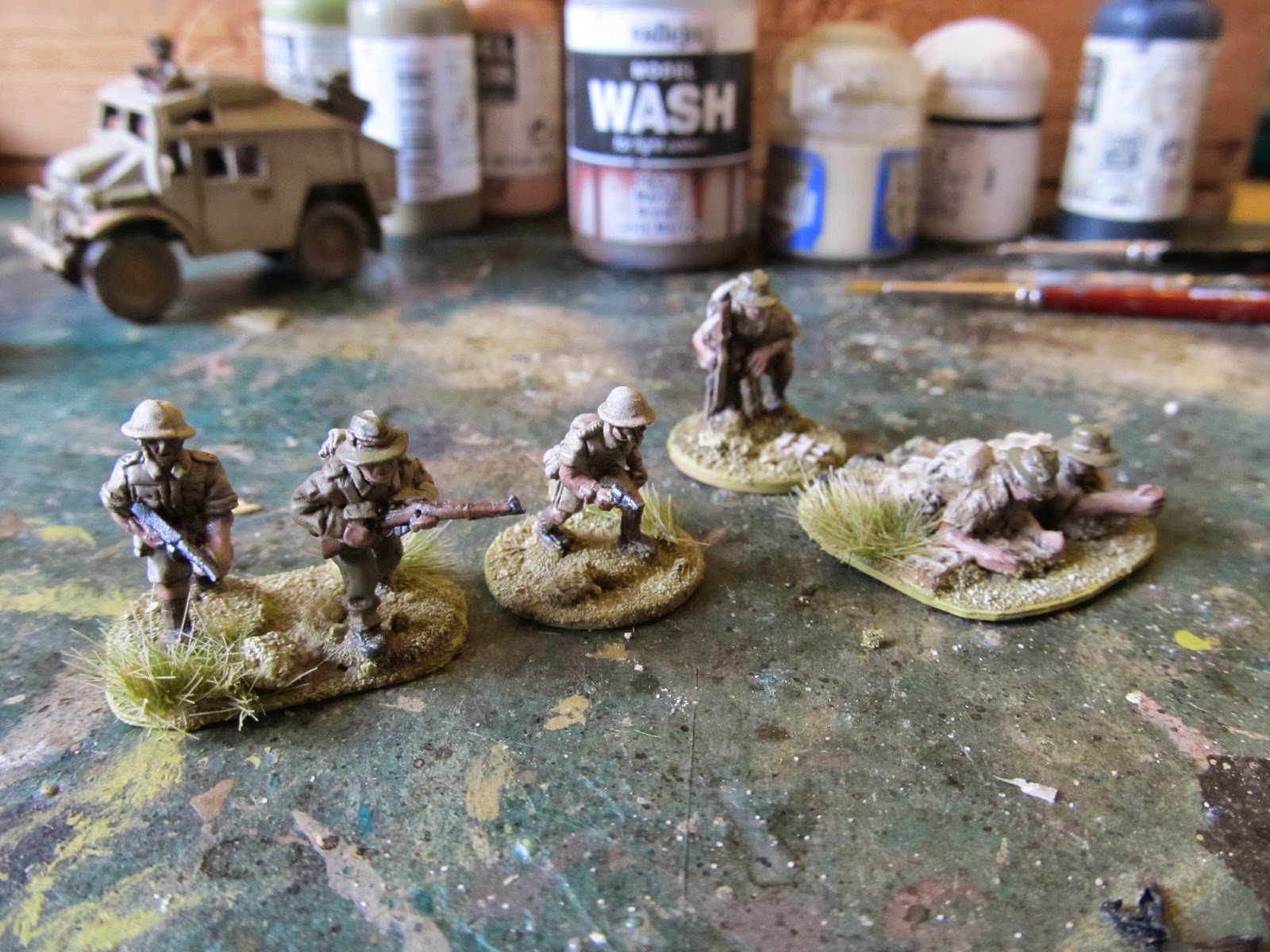 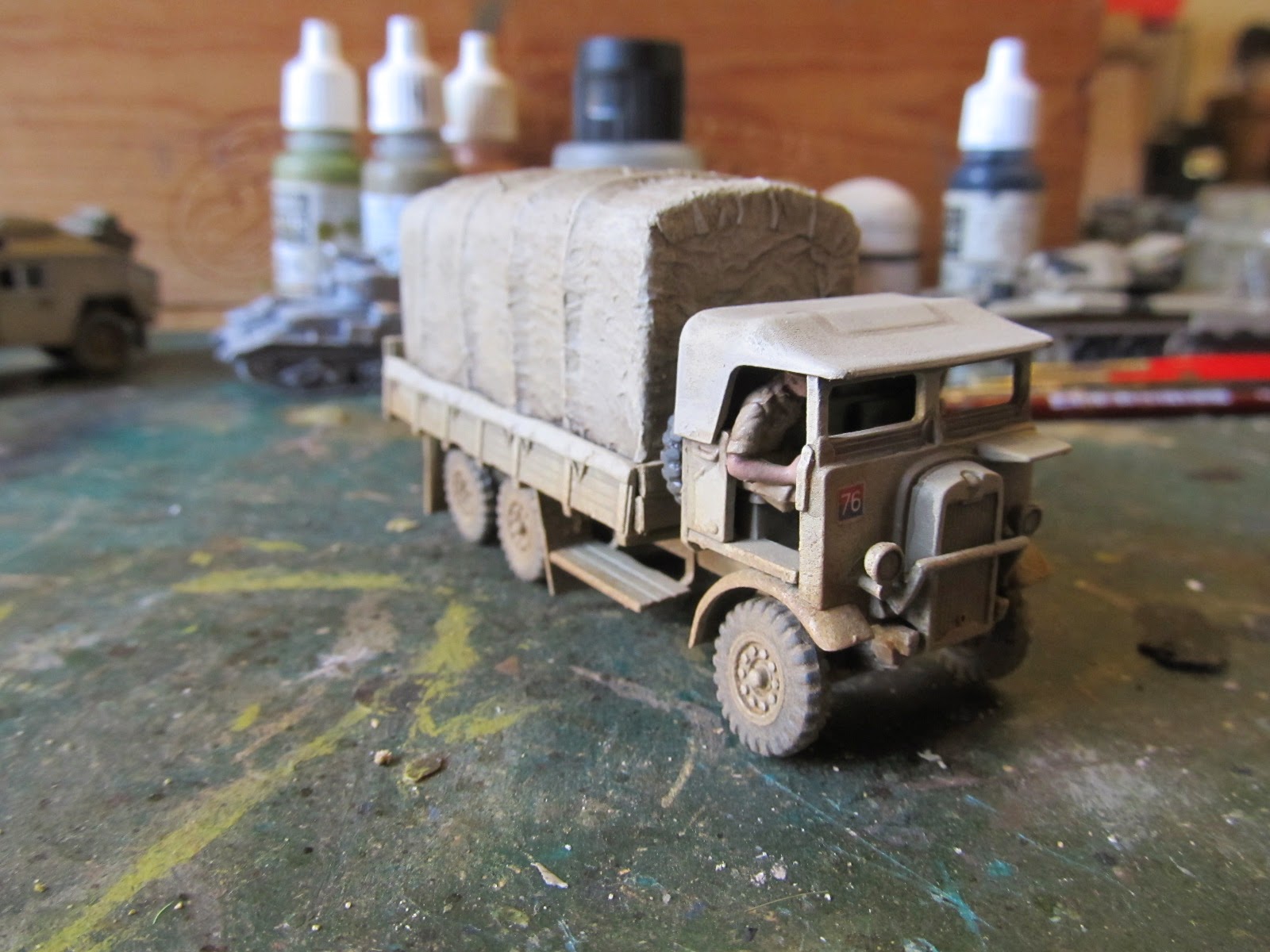 Leyland Retreiver heavy truck, just useful as a spare supply vehicle, tow, troop transport or you never know when you might need a heavy bridging unit (in the desert!). 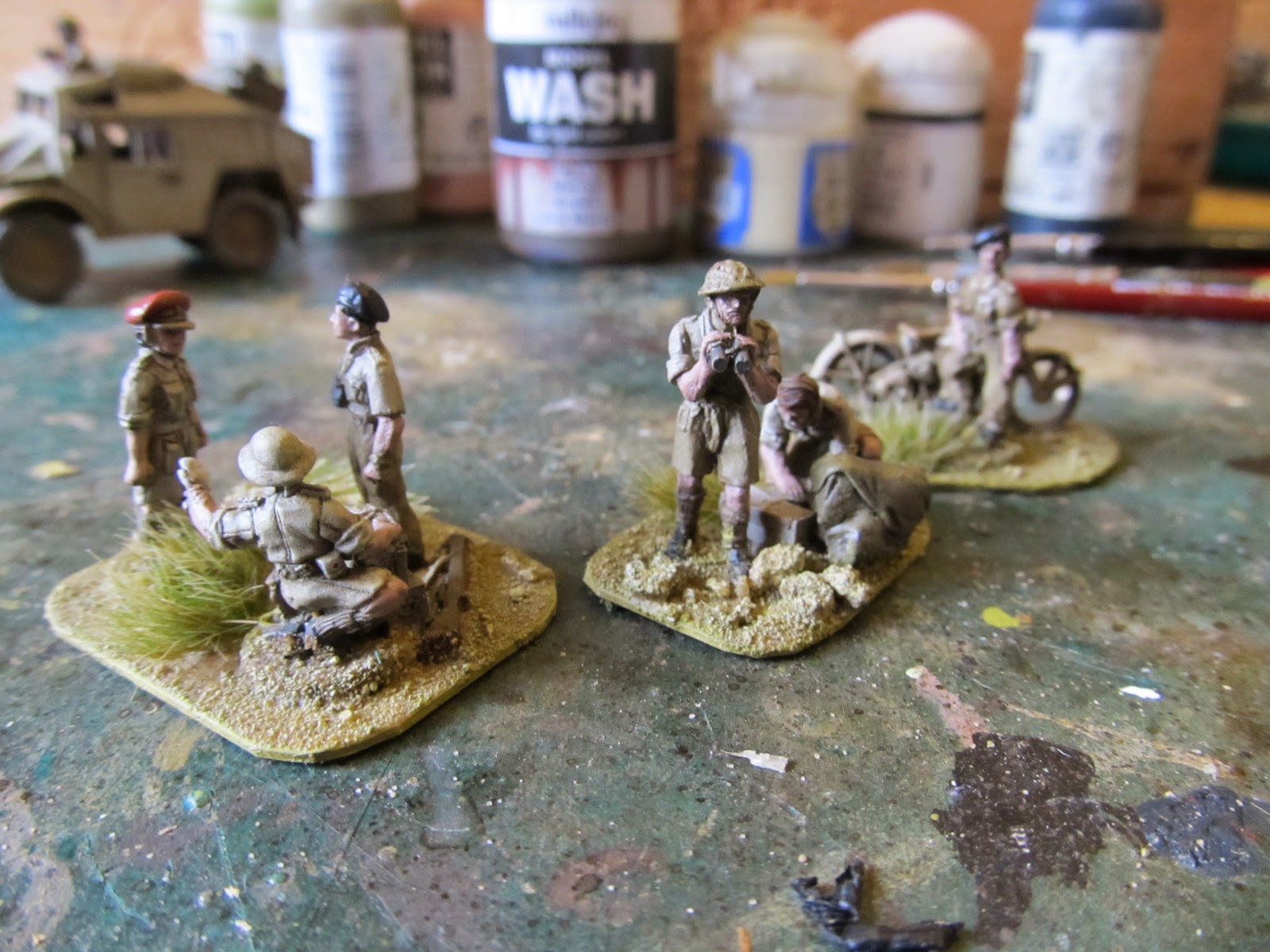 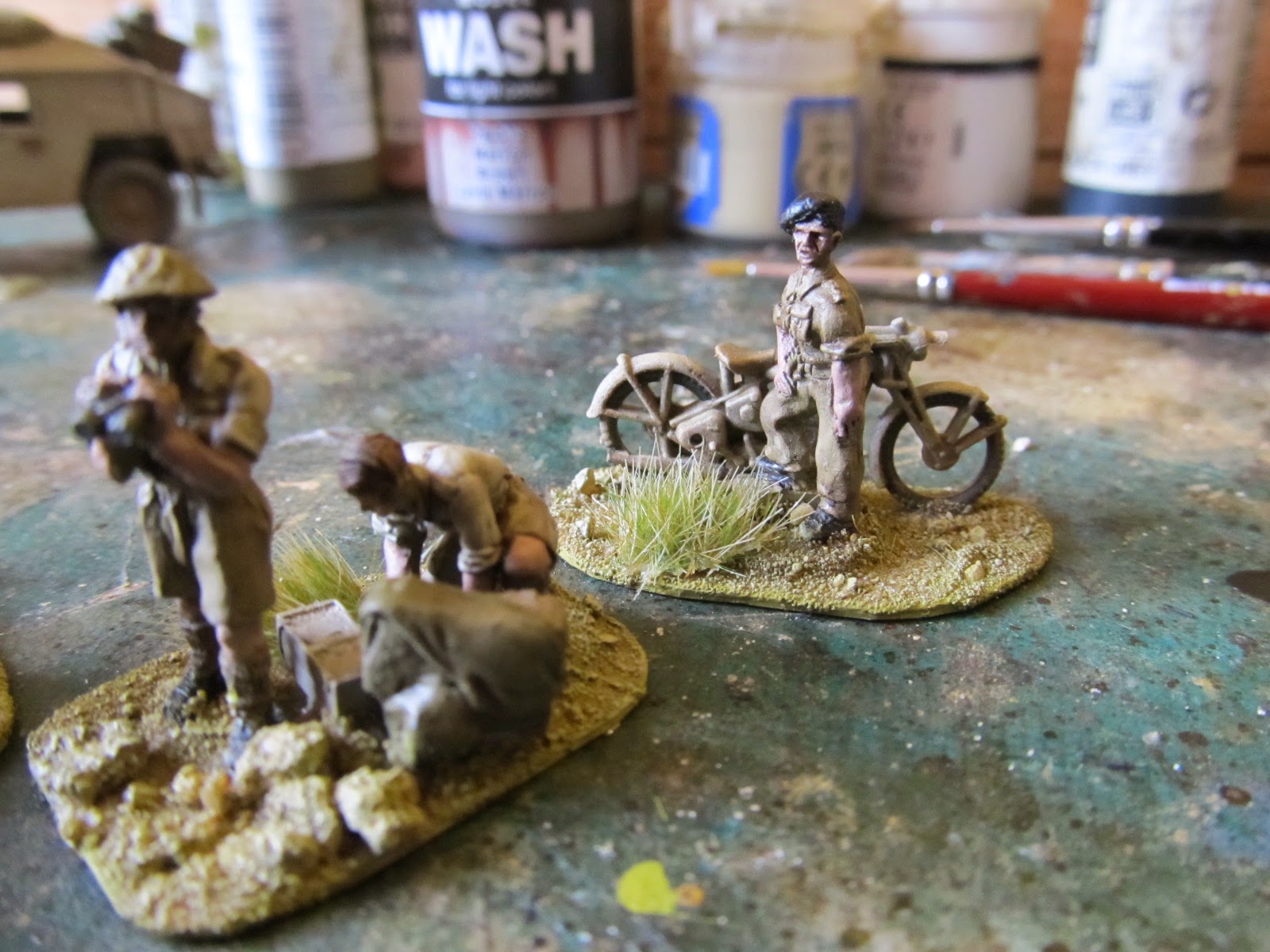 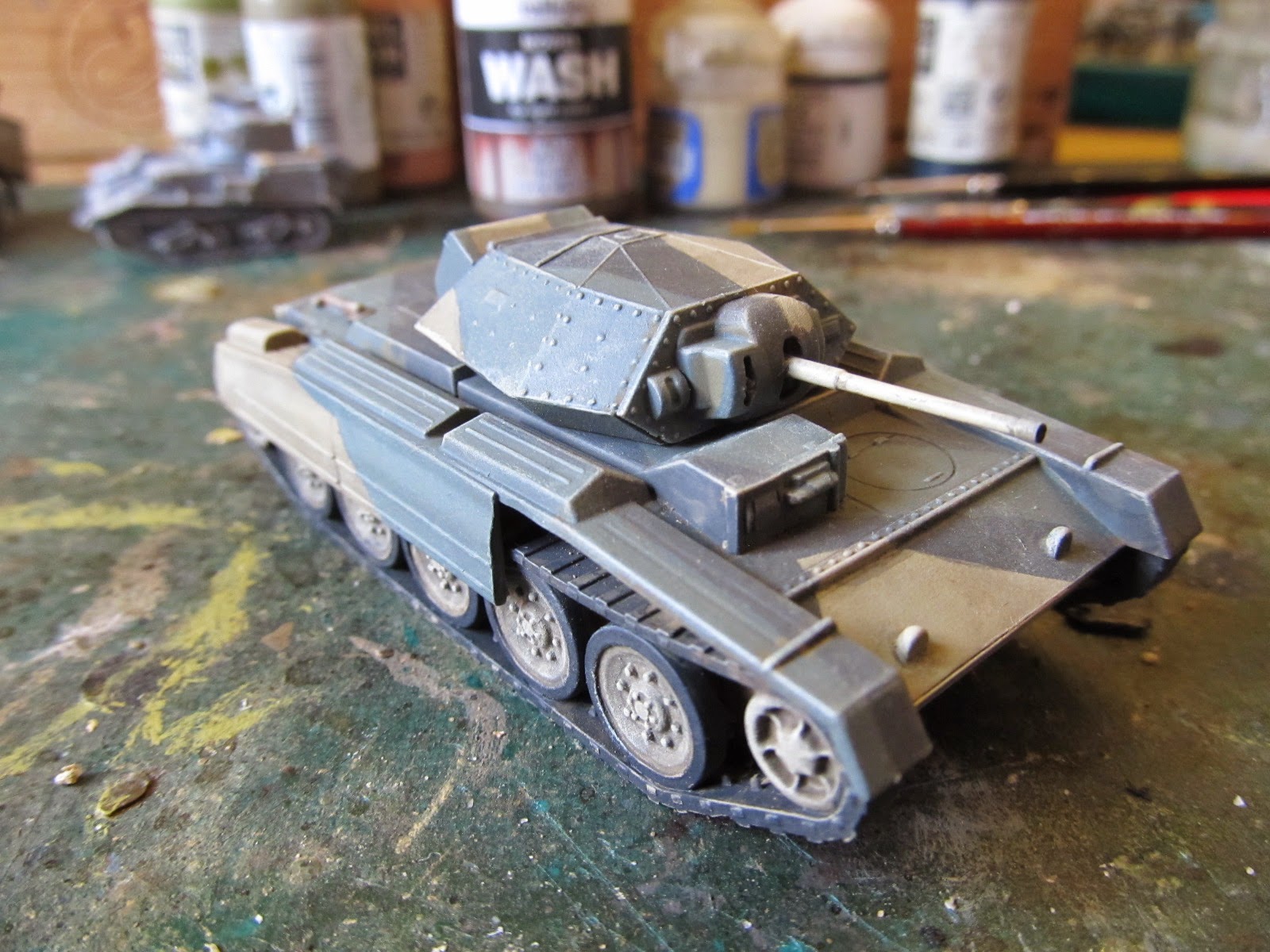 An Armoufast Crusader tester for 'Caunter' camouflage, not a big fan, so I've changed my mind on the final scheme. This one can stay as is though, as a command tank. Note - this isn't finished, no decals or weathering or stowage added yet. 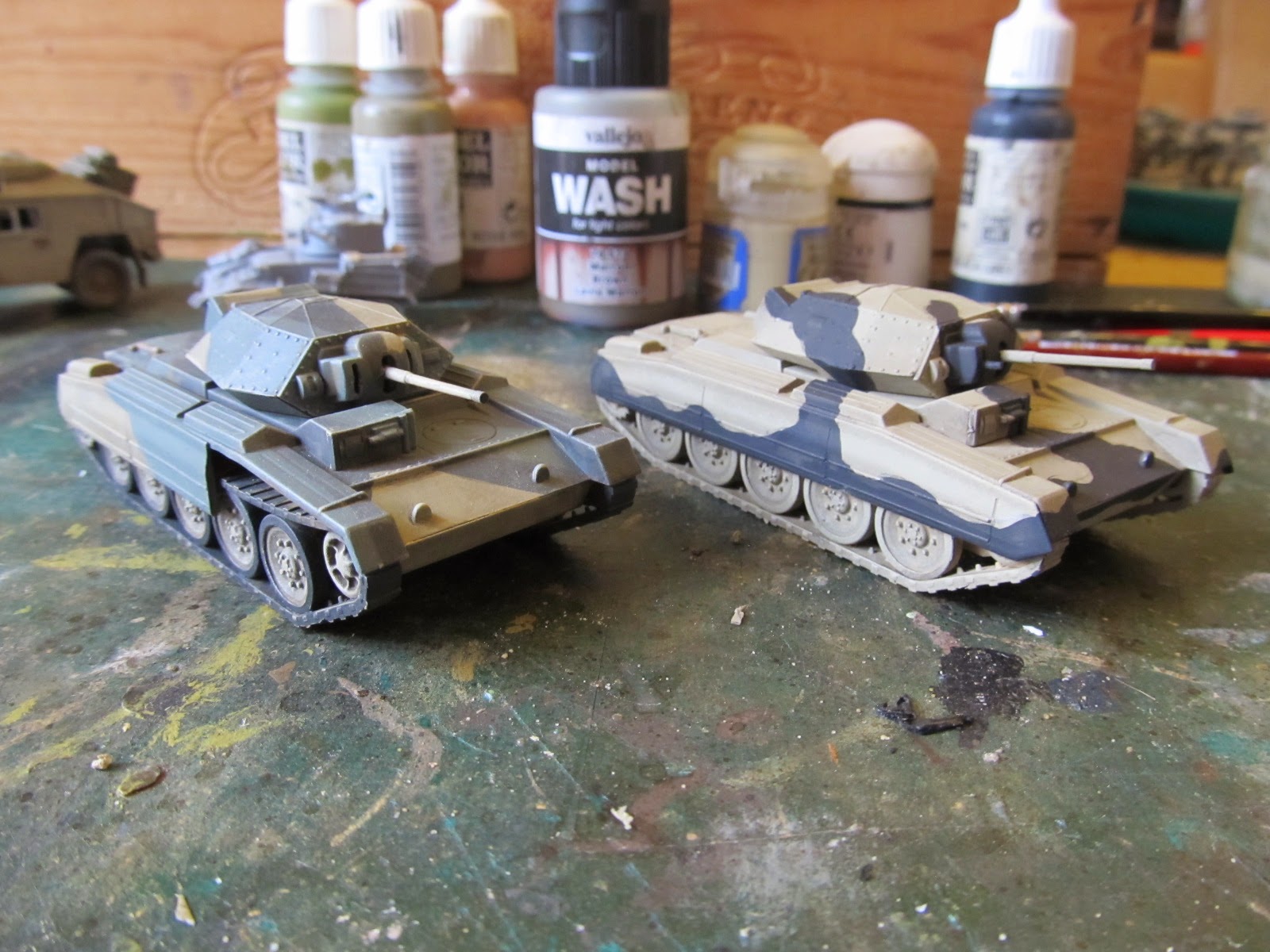 Tester for the alternative tank camo, black blobs - much easier and looks better I think. Black blobs it is. 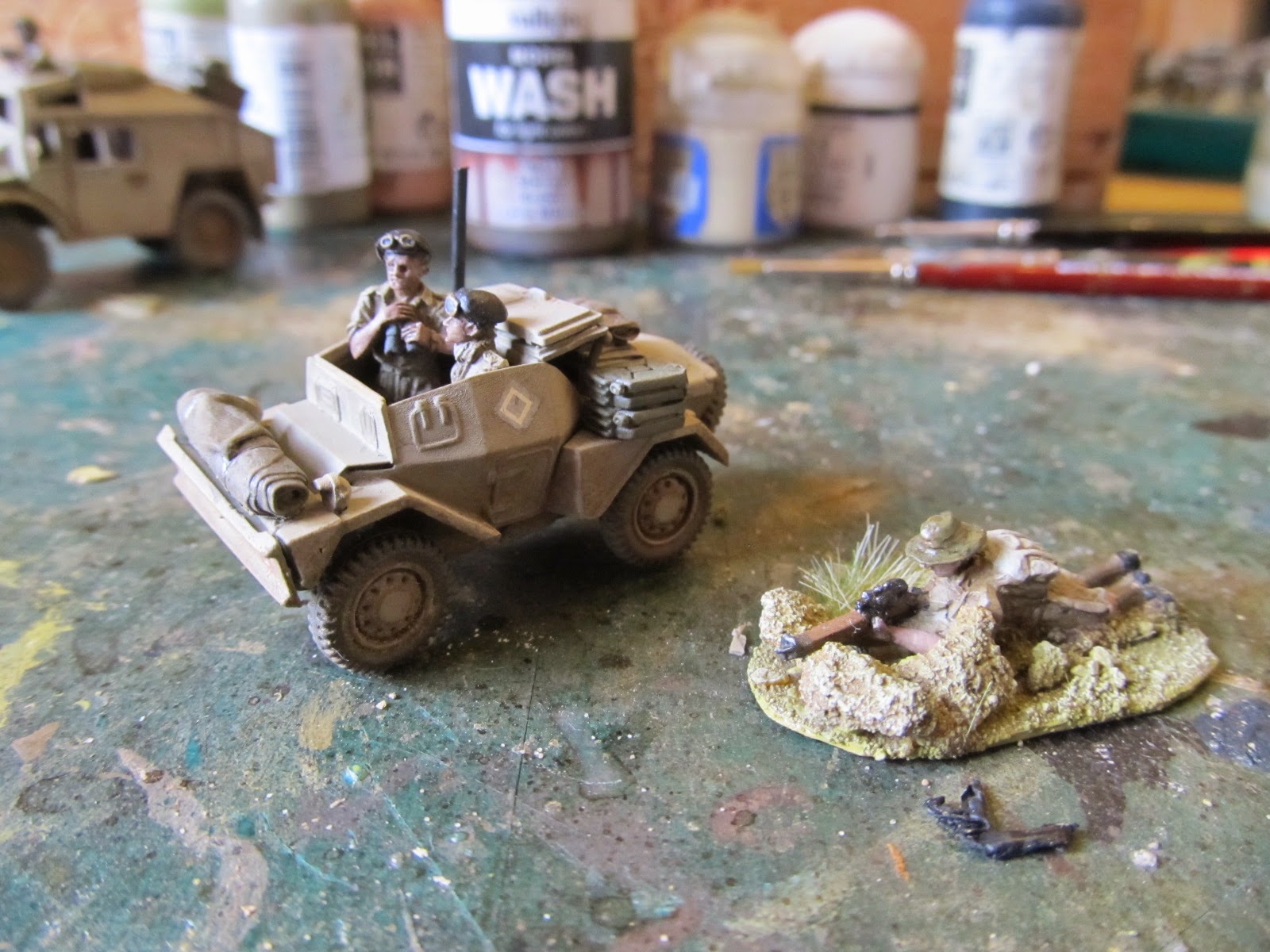 Recce stuff. Dingo and sniper. The Dingo might stand in as an artillery observer in some games. 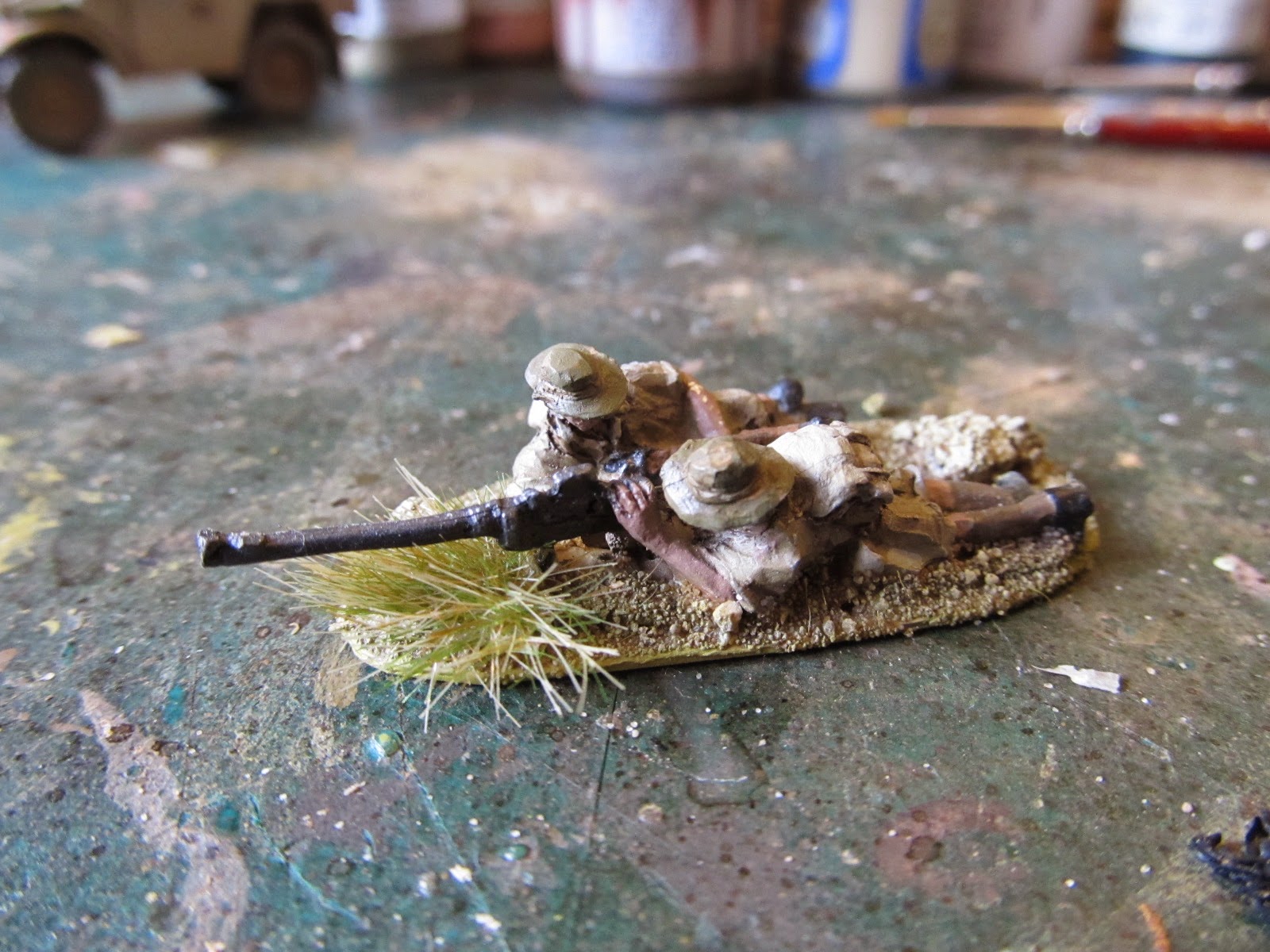 Ozzy AT rifle team by Lancer 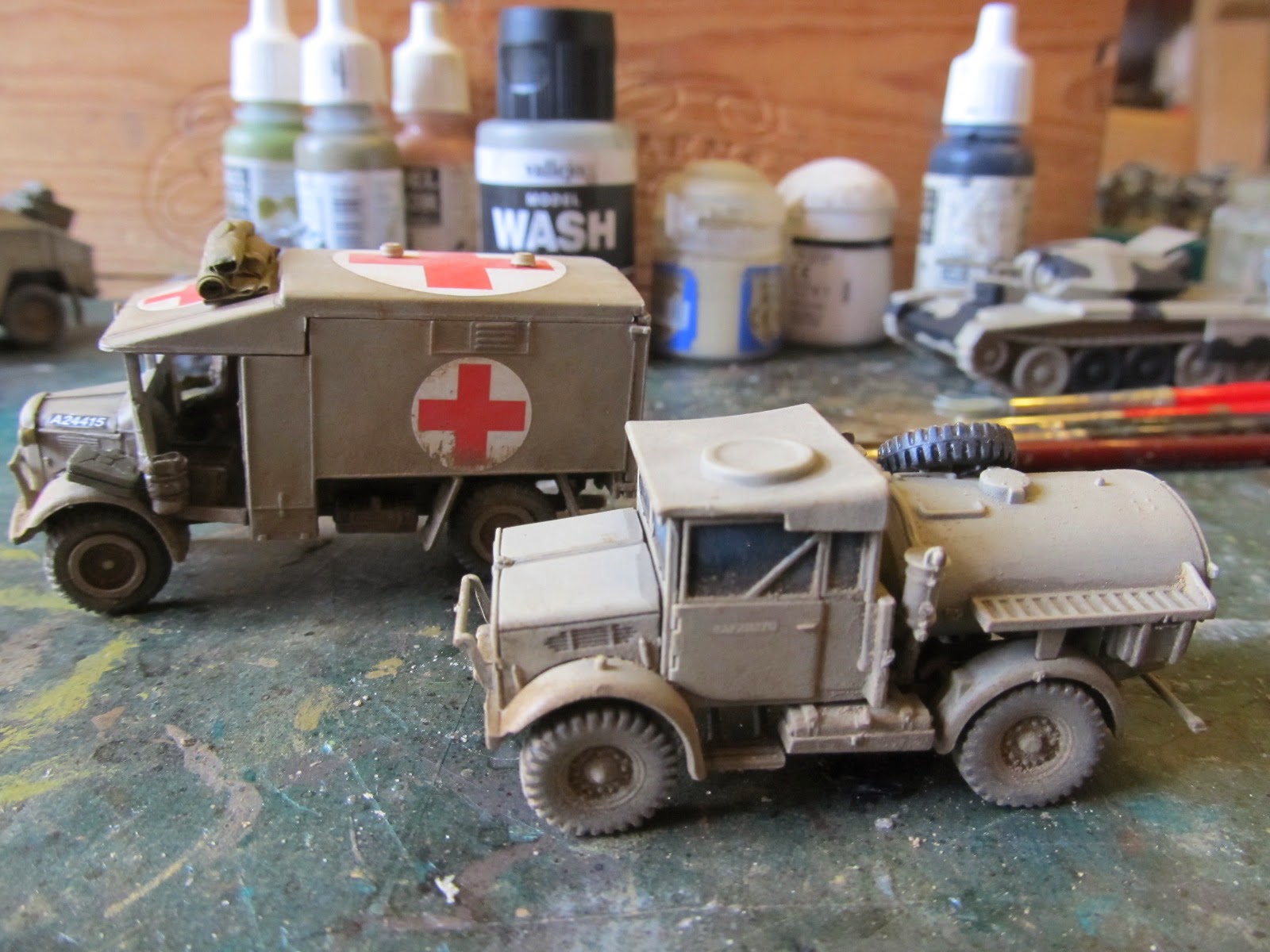 Airfix Bedford MWD water bowser (supply truck) and K2 Ambulance 'Kate'. No John Mills and Silvia Syms models as crew though, more's the pity (somebody should do that set though). 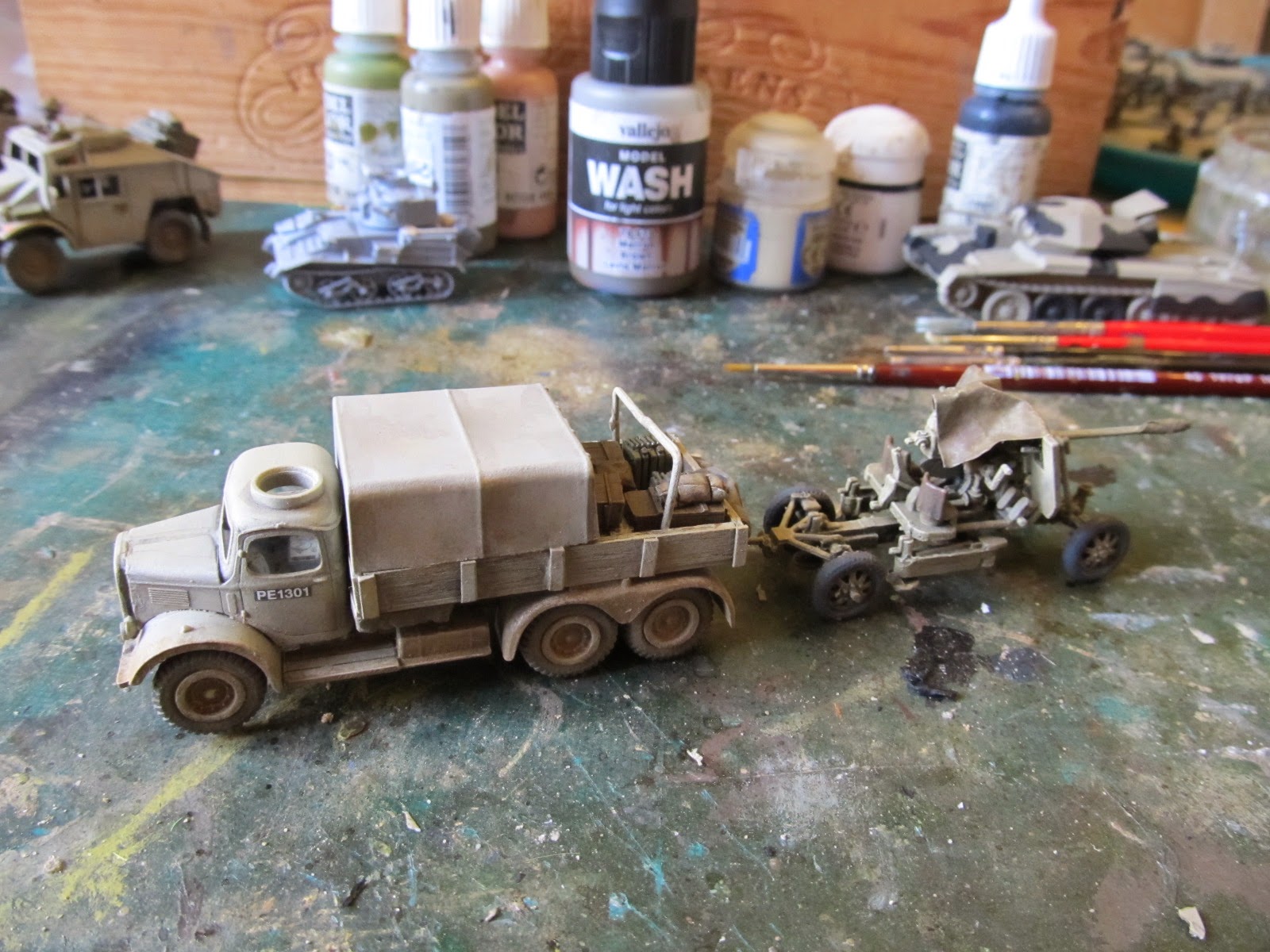 Austin K6 truck conversion (by me) as the Bofors tow.
Posted by Warwick at 07:49