This weekend was the Derby Worlds show, which is my local show, so I was running Battlegroup Tobruk intro/participations game on Saturday afternoon and all day Sunday. Thanks for all those that came and either had a go or watched on as others did battle, or just came up to say hello and have a quick chin-wag.

I ran 4 games over the weekend, with 2 British wins and 2 German wins (the Italians didn't get out of their box this time). Both the Brits and Germans had 1 narrow win and 1 solid win, so honours were definiately even. In the last game of Lads vs Dads, the grown-ups scored the best German win of the weekend and gained the bragging rights for the car trip home.

There wasn't much time for wandering around and seeing the show (or shopping). I did a bit late on Sunday and took some shots of the other games I really liked the look over (no idea how they actually played). Here are a few shots of the BG Tobruk boards and those other games.

Tobruk is very much still a WIP, but it should be good for release in spring next year. First, we need to get the BG rulebook back into print and finish Wacht am Rhein. 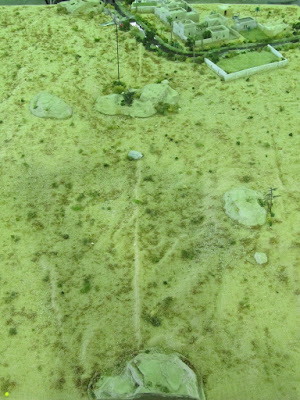 Hessian cloth over books for undulating desert. Heavy sprinkled with sharp sand and budgie grit, followed by small bits of clump foliage and lichen, and a few larger rocks. I was tempted to play Soldiers of God over it. 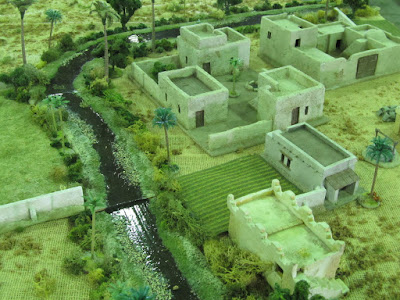 The village and irrigation ditch in the far corner. The British had possession on day 1, the Germans got it on day 2. 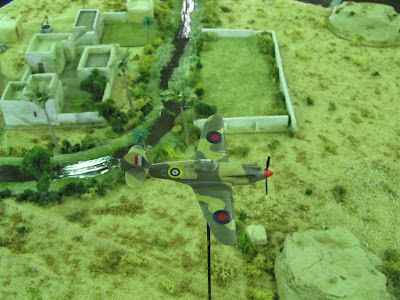 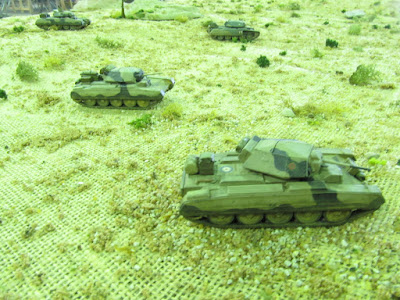 The Crusader IIs arrive to duke-it-out with the Pz IIIs, a pretty even contest, but their 2pdr gun is going to struggle at range. One glanced off a 222 armored car four times! 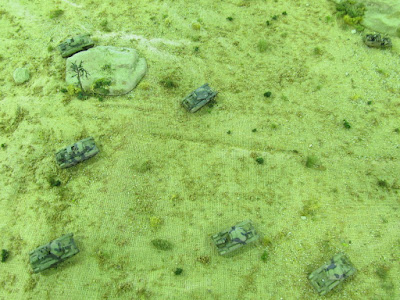 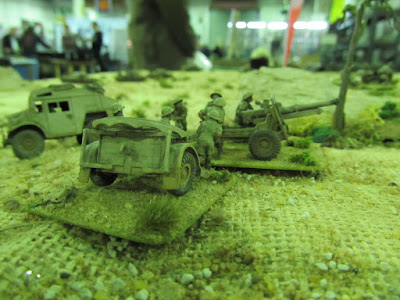 25pdr and loader team deployed to keep the village under suppressing HE fire. It attracted a lot of incoming mortar fire in return, but survived every battle intact.

Some of the others... 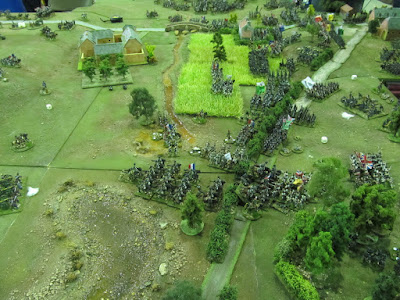 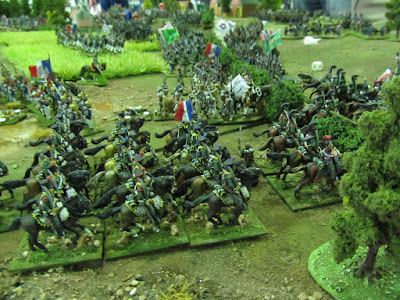 Quatre Bras, by the 'Like a Stonewall' Club. A huge game next to mine. French cavalry on the attack. 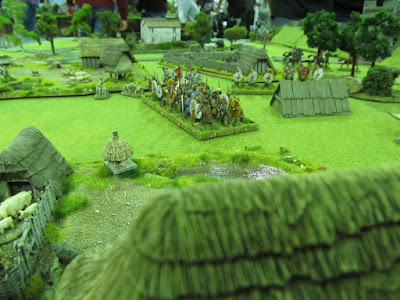 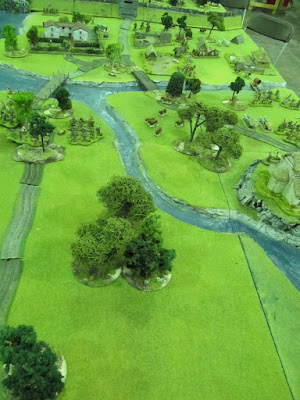 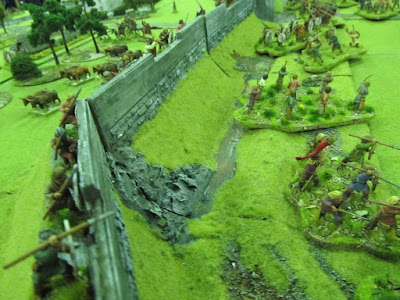 Probably my favourite table, a Dark Ages 'fall of Rome' battle. The Barbarians are at the walls. This might be influenced by the excellent board game of 'Decline and Fall' we played on Friday night, in which my Goths migrated across the board, from Russia to Spain (mostly with the very frightening Huns not far behind). 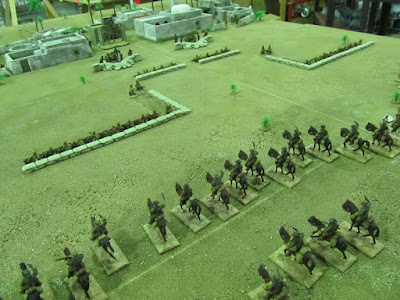 Ozzy light cavalry at Beersheeba. Surely nobody wanted to play the Ozzies after Saturday night! 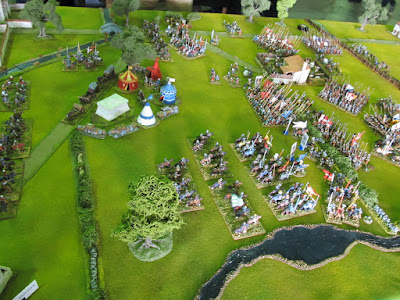 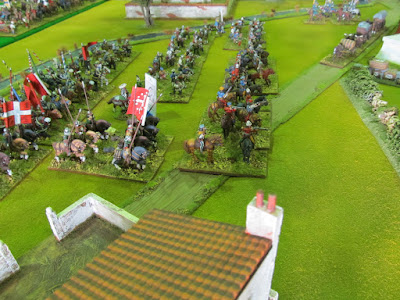 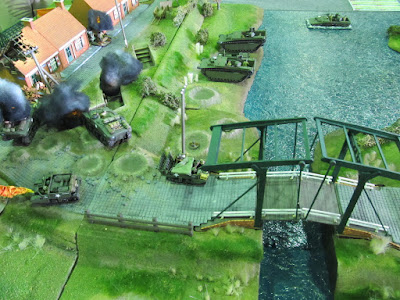 28mm WW2 action on the Scheldt. Small, but nicely done and nice to see something a bit different. Love the Buffalos. 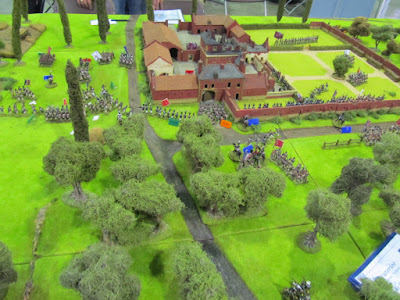 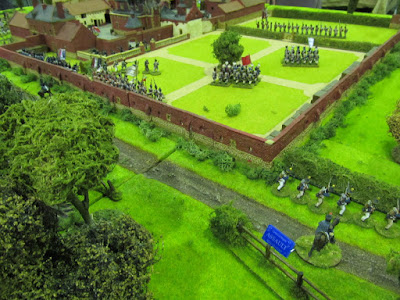 More Nappies... Hougoumont at 28mm, well it is the 200th year, so I guess Waterloo would be popular subject matter (like it ever isn't).
Posted by Warwick at 03:43