Here are some pics of the latest editions from the painting tray. Painting time is tight at the moment (it always is), but I try to keep it ticking along somehow, even if its just a new squad here or there. If painting stagnates I fear it might never get started again.

I’ve decided to turn my rather ad-hoc collection of German models into a Fall of the Reich force, specifically for  late 1945 games. They could stand–in in ‘44 in Normandy or the Bulge, but I wanted to give them that late war character, and as a rather 'bitz-and-bobs' collection of stuff I've added over 10 years, they fit right in. So, I’ve added a few new units to them, 2 squads of Hitler Youth tank hunters, loaded down with Panzerfausts, a 105mm Flak gun and crew (including flak auxiliary loaders) pressed into service as an anti-tank gun of last resort and, to help keep them all in the fight longer, an SS Feldgendarme unit of 3 men. Also, still on the painting tray are the dregs of my unpainted German infantry which shall become a rag-tag Volkssturm platoon, but will include a few regulars as their NCOs. They’ll look like rubbish, and probably fight like it, but that’s the style of German army I want (I have my Fallschirmjager battlegroup as a more organised force should I need/want them). I can blag an Atypical squad or platoon from them for larger games.

Also, I had box of PSC 250 half tracks still untouched, so I added them to the force. A 250/1 for a spotter or as a command half track and a 250/9, as I’m a bit short on German recce units, so my sole 234/1 sees a lot of action. The third model in the box is being sent to North Africa to join my DAK force as a HQ or recce unit for 1942 or later games (long term planning here, as the DAK battlegroup is 1941 only atm, but later I'd like it to fight my Yanks in Tunisia as well as the Brits in Libya, which will require some new US tanks - Grants - hurrah!).

All these new models I hope to use at an upcoming event. I’ll be running a BG demo game at Slayer Games in Mansfield on Dec 20th, using Fall of the Reich (I think, or I might go with a festive theme and end up in the Ardenne's snow - choices, choices). More info on this soon. 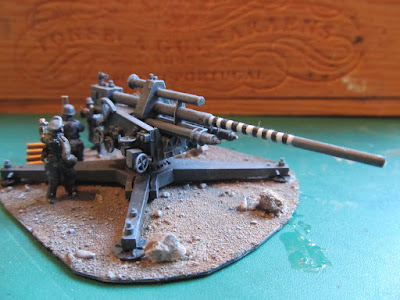 All my other German forces have an 88, so I went for something completely different - a 105. Fujimi kit (secondhand from the B and B at the Bovington show), crew by SHQ and Battlefield miniatures. 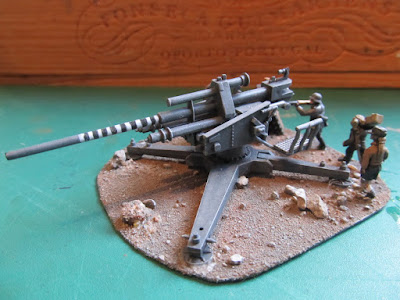 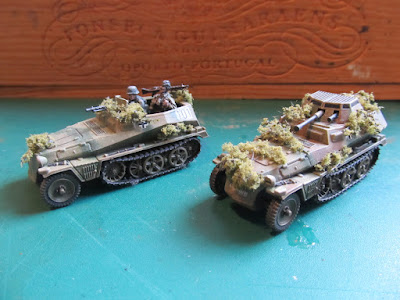 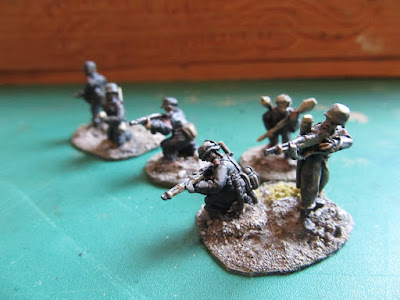 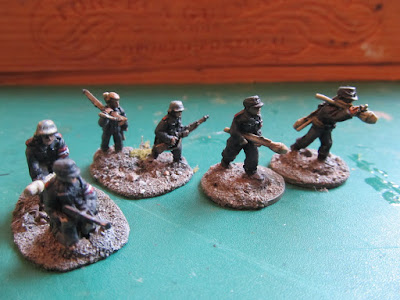 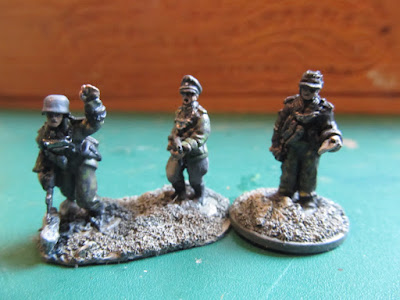 Apropos of nothing really, I finished the next  models a while ago. They are for a rebels vs authoritarian security guards in white (no copyrights infringed I believe) sci-fi skirmish board game I was planning, to play with my eldest for our own entertainment. We’ve had one Sunday afternoon game, with some basic rules we scratched together on the back of an envelope (literally). It worked well, my rebel guys broke into the base (very old Judge Dredd floorplans I found in a box, from the 80s) and fought their way to the high security databanks, which they then destroyed with a demo-charge before escaping.  I’ll add a few aliens to my rebel alliance I think, and toughen up the Central Authority guards in the super-armour to make up for my extra numbers. It’s become a homebrew version of Imperial Assault really, but better imho! 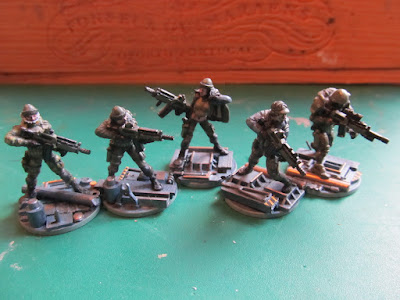 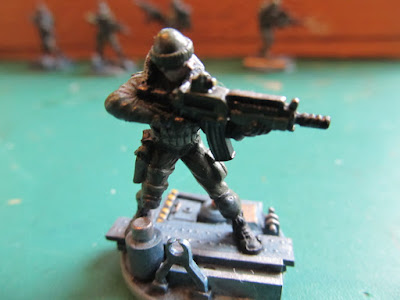 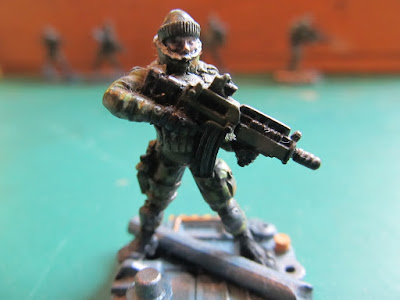 My rebel commando freedom fighters – Infinity models. I need a few aliens really too. Tempted by the CP Model ones. Sometimes known unfairly as the ‘Terrorists’.  Bases are scratch built by me from the bitz box. 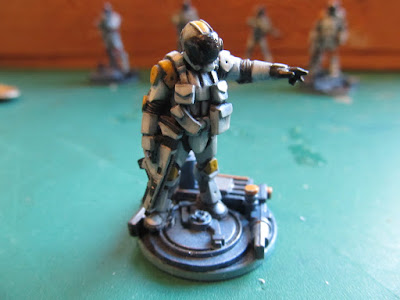 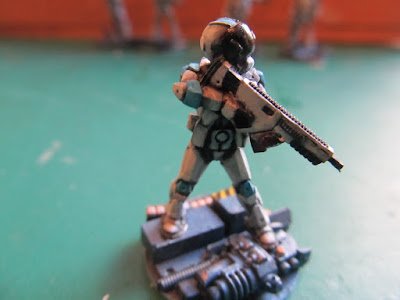 The Central Authority’s tyrannical ISP 'Internal Security Police', fearsome in their white armour (and looking a bit like the power rangers – such it is when a 9 year old decides the colour schemes). They are Hasslefree models chosen by him, and very cool, for the baddies (or forces of law, order and security).

I'm kind of hoping this might build into a narrative campaign as I fight to free the galaxy and the ISP hunt my men (and aliens) down.  Early days atm.