As I continue the on-going reviews my various WWII 20mm armies, I final got round to a job I've meant to do for a while, replacing my old Brittania M5 Stuarts with Plastic Soldier Company ones. I have 4 Brittania ones which have been doing good service (well, if good service means getting blown up a lot) for the past 15 years. Time to be upgraded with the super PSC kit, which are just better models all round really.


An evening's work in construction and then spray base coating, (resulting in a green spray can explosion that coated a fair proportion of my kitchen in US Army drab green splatter and a huge clean-up job involving paint remover on work surfaces and the backdoor) and then an evening painting, adding decals, weathering and finally (the best bit) adding AB crew. The new M5s are ready to roll. The old 4 will go into retirement, I can't imagine a game when I will field 7 M5s. I guess I should sell them! Open to offers... 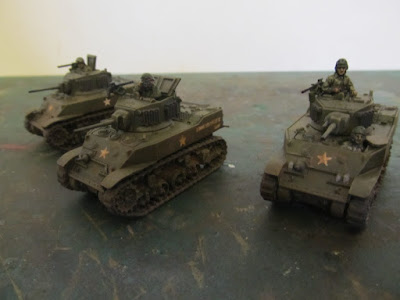 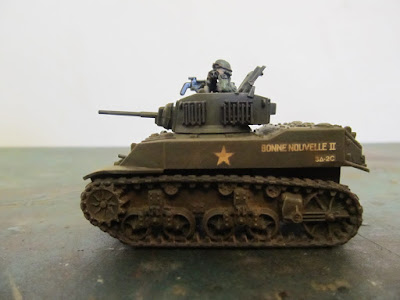 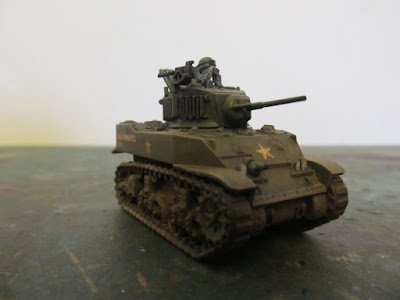 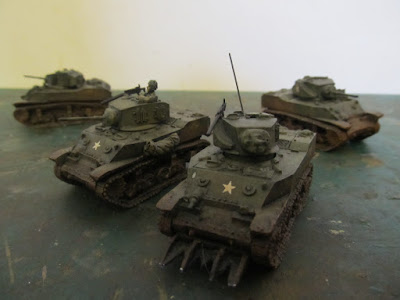 The old platoon, now heading for the breakers yard, or Ebay. 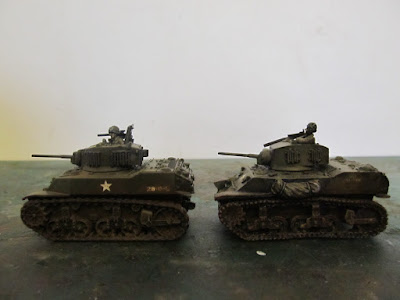 A comparison, PSC on left, Brittania on right. Actually....!

That just about completes the work on my late war US Army, the only unit I'd really like to add is a 90mm AA gun and tow as a big AT gun, but it is hardly an urgent requirement, one day I'll treat myself to a Milicast one. With the US forces complete I'll continue with the last of my German 'Fall of the Reich' forces and then the bigger task of revamping my Russians, a job for 2016.


Each new year I try to give myself one major painting task to get done that year, either a new army for a new game or something substantial like that. With January approaching I'm yet to decide what 2016's task should be. Three projects appeal, i. a Polish-Lithuanian Commonwealth army in 28mm to play Maurice with. My friend already has a 28mm Sweden force for the period they could fight. The seductive call of a new army. ii. A 28mm Roman Imperial Legion to fight the barbarians, as I'd really like to develop the 'Soldiers of God' rules into 'Soldiers of Rome' or iii. Have 6 months just reworking and adding to all my terrain. It's looking a bit shabby, with a lot of chips and broken pieces, trees with shed leaves etc, and I could do with adding a few new buildings etc to revitalise it all. That is a big job too, but terrian peices need some love too. One to think on, how best to spend the time in 2016?