Another trial game of NorthAG, this time to really test out the Warsaw Pact 'Breakthrough' special rule... which allows them to press on across the table to exit it, and win a gane that way, rather than in a straight stand-up fight. It is optional though, so the NATO player won't know until during the game if the WP are playing breakthrough or not. I got the drop on NATO here until his reinforcements started to roll in to block me - bound to happen, and it wouldn't be much of a game if I just raced off the table before he could react and it was game-over! No... this worked well, and despite heavy (huge) Russian tank losses, it almost worked. I got 9 units off the table edge (so 9 counters for the NATO side) and that almost broke him... but not quiet. In the end the losses cost me just too much... 18 from 20 tanks KO'd... but it is the motorised infantry you want to get through...

Another good game, very little to alter this time, no gunships showed up at all this time (my CAP helped here)... and my AA finally scored a first kill, SA-13 finally gets Gazelle scout helo!

Here are some pictures from the charge... a real close quarters brawl in the end as the British fought desperately to stop the breakthrough, and used every '66' they had in the process. 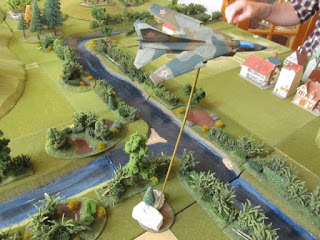 CAP - was useful this time, no aircraft to shoot down, but stopped a Lynx turning up. 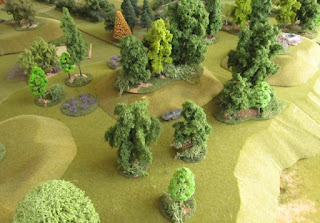 Russian BRDMs in the woods, 1 got away, 1 broke down and was abandoned. 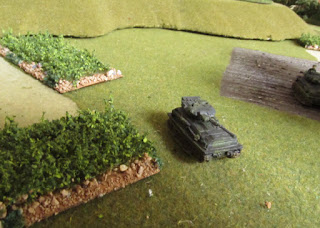 Scorpions come forward to inspect the wooded ridge, and threaten the objective up there. 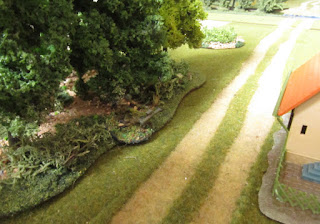 Sagger team cover the ford on my right... small diversion here to hold Brits whilst and launched my tanks and BTRs at the left flank. 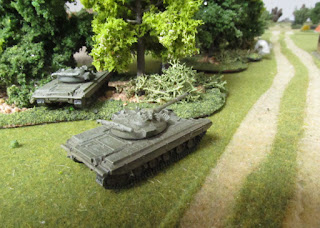 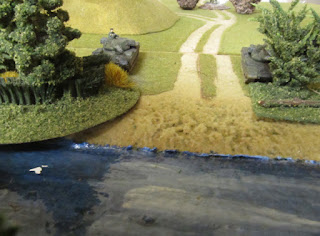 Chieftains guard the ford, Sagger missed then ran out of ammo. 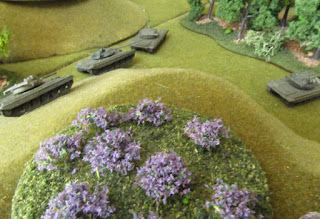 Red armour coming over the wooded ridge on my left. 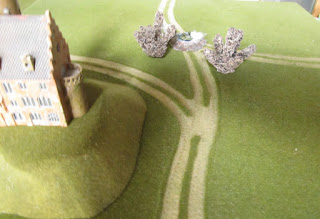 Timed rocket strike hits the objective and dug-in Brits near the Schloss! 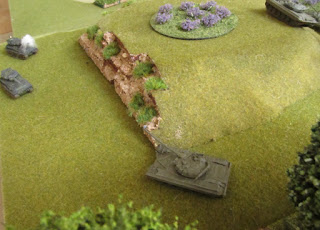 Scorpions meet their match on the ridge, then turn and run. 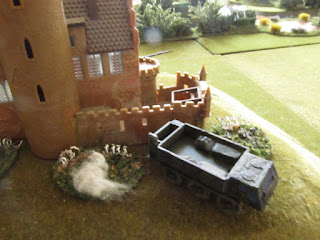 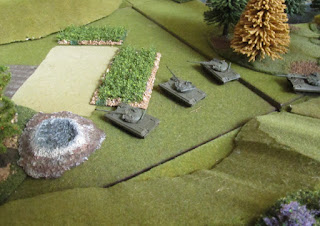 Red armour heads down into the valley and races for the far table edge. 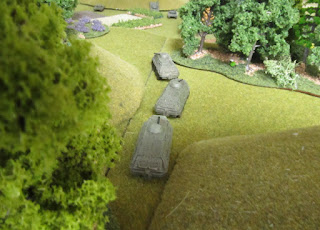 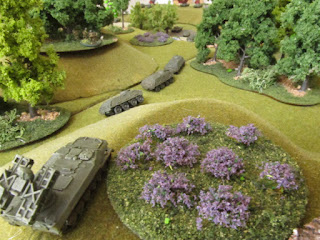 SA-13 get to the high ground before locking-on to the Gazelle and downing it! 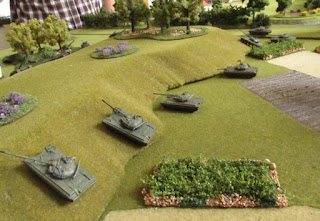 Red armour reaches the far hill, as the reach the hill line, the Brits are waiting on ambush fire. 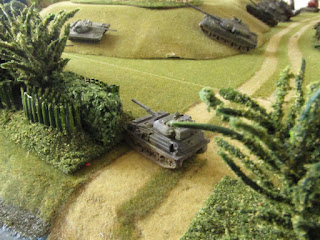 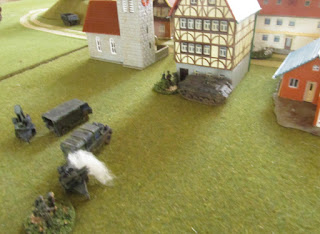 Brits secure the village, and set up their Rapier battery. 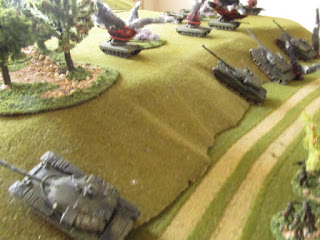 Kaboom, the hill turns into an inferno. First wave taking a beating, but the breakthrough is still on. 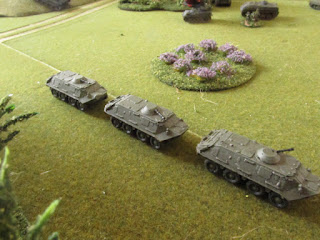 Following nfantry threatening to get clean through. 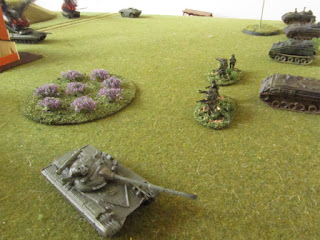 One tank gets through and off the table edge, past the dismounting British infantry. 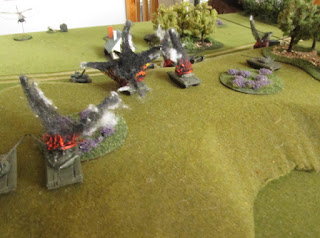 Whilst the battle for the hillock, a brawl at under 10", continues. 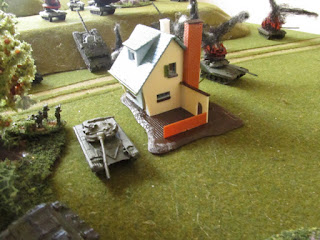 Another one survives the inferno and gets off the table... but it wasn't quiet enough. Exciting though, which is the point.