Well, it’s taken a few weeks, but I have finally been able to get a move on with my latest German armour (see February). Here are some photos of the work as it stands - almost complete. I have to add a few extra crew (especially to the FAMO), and some final highlights and details need picking out, but I’m pretty happy with the results so far.
All were base-coated in Tamiya dark yellow, and the camouflage was added by dry-brushing with Vallejo German Uniform and German Camo Medium Brown. The whole model was then given a very light dry-brush dusting with Vallejo Khaki Grey and Dark Sand mixed to lighten at the edges. Once this was complete, I over-painted tyres, tracks, weapons etc in black, and highlighted with Vallejo Black Grey (a very dark grey).
After decals, all have had generous amounts of Woodland Scenics clump foliage added, which hides a lot of errors ;-).
The final models have been given a bit of dusting in weathering powders, and a light spray of matt varnish (risky!), to help seal it. The weathering powder really helps matt down the final model, but too much will obliterate your careful highlighting. It will wear in time, but can always be touched up again. 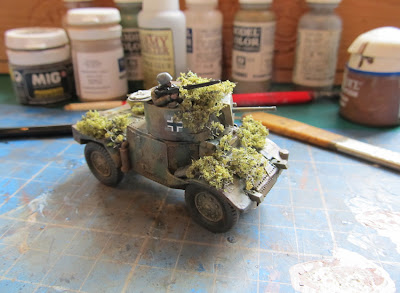 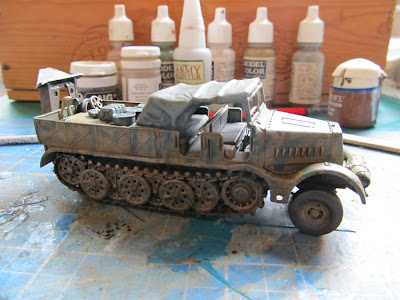 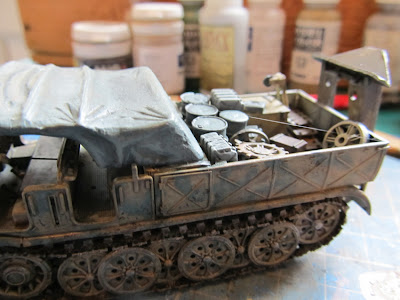 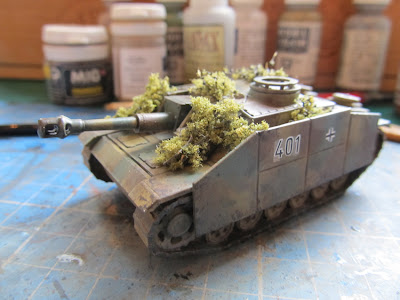 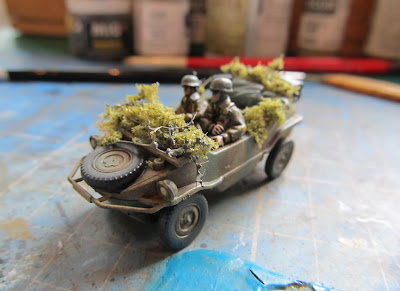 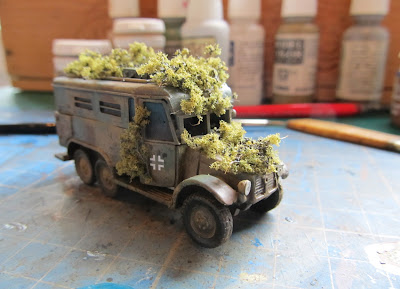 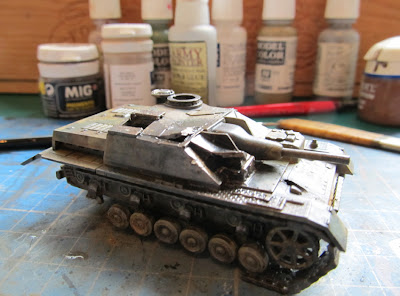 At the same time I wrecked this old STuG IV that has been lying in my bits box for years, as a piece of terrain or objective marker.

Just the infantry MG teams to follow by the end of March.
Posted by Warwick at 08:06